Before managing the Twins, Mele spent 10 seasons in the majors as a player, playing both right field and first base for the Red Sox, White Sox, Senators, Orioles and Indians. In his rookie year of 1947, he hit .302 for the Red Sox, his best season in terms of batting average. He also hit better than .300 for the Red Sox in 1954, but played in only 42 games.

The Twins pushed the Dodgers to seven games and beat Don Drysdale and Sandy Koufax in the first two games of the series. But then they lost three straight before winning at home to force Game 7. Although they beat Koufax the first time around, Koufax came back to pitch a complete game, three-hit shutout to win the World Series. The Twins wouldn’t win their first until 1987.

Mele never managed again. Instead, he spent 25 years with the Red Sox. 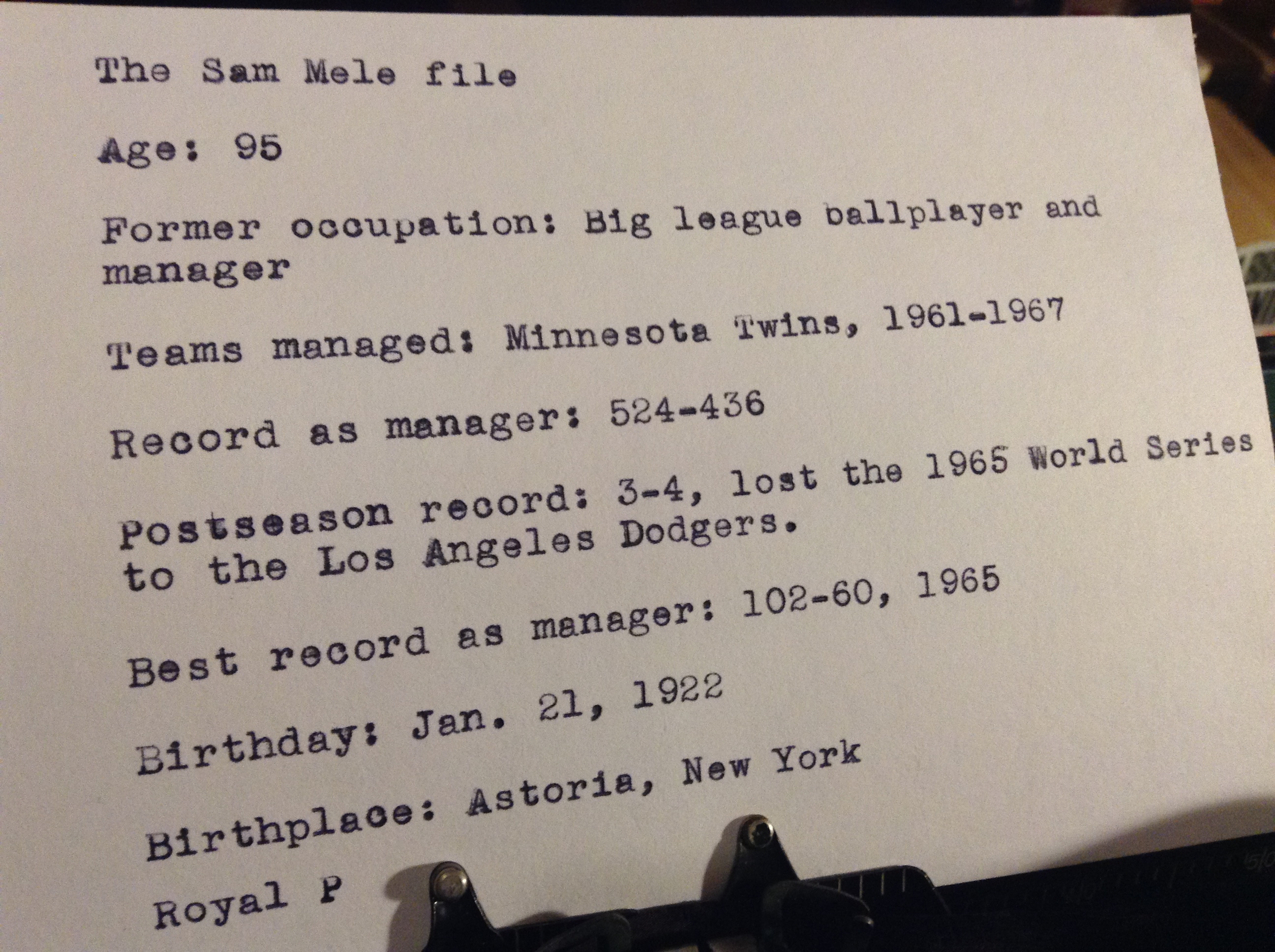