After the Jason Castro signing and the excitement created by a potential Brian Dozier trade, the Twins’ off-season has gone from hot stove to cold stove. And it only got colder Friday after the Twins announced that former Korean superstar Byung Ho Park, who hit 105 home runs over two seasons in South Korea, was being designated for assignment.

If Park is claimed by another team willing to pick up the remainder of his contract, he’s gone, no longer a Twin after one season in which he struggled at the plate in the majors and didn’t fare much better in the minors. He also needed surgery on his right hand. If he’s not claimed, he gets a spring training invite and then likely starts the year at Triple-A Rochester.

I hate to say it, but Park is on his way to becoming an official bust for the Twins, the second Asian ballplayer to underachieve in Minnesota. The first for the Twins was Tsuyoshi Nishioka of Japan, who struggled so mightily that it appeared he didn’t even know how to play the game, according to a 2012 story in the Strib:

Park also gets moved so the Twins could make room for Matt Belisle, a veteran, mid-tier reliever who was signed Thursday to a one-year, $2 million contract. The Twins need help in the bullpen, and while there are things to like about Belisle, he’s also set to turn 37 in June. He also has a career losing record and a career ERA of 4.20. But he pitched for the Washington Nationals last season and pitched well, logging 46 innings pitched with a 1.76 ERA.

The upside, if there is one, is that perhaps with Park effectively gone, the Twins will pursue Mike Napoli. 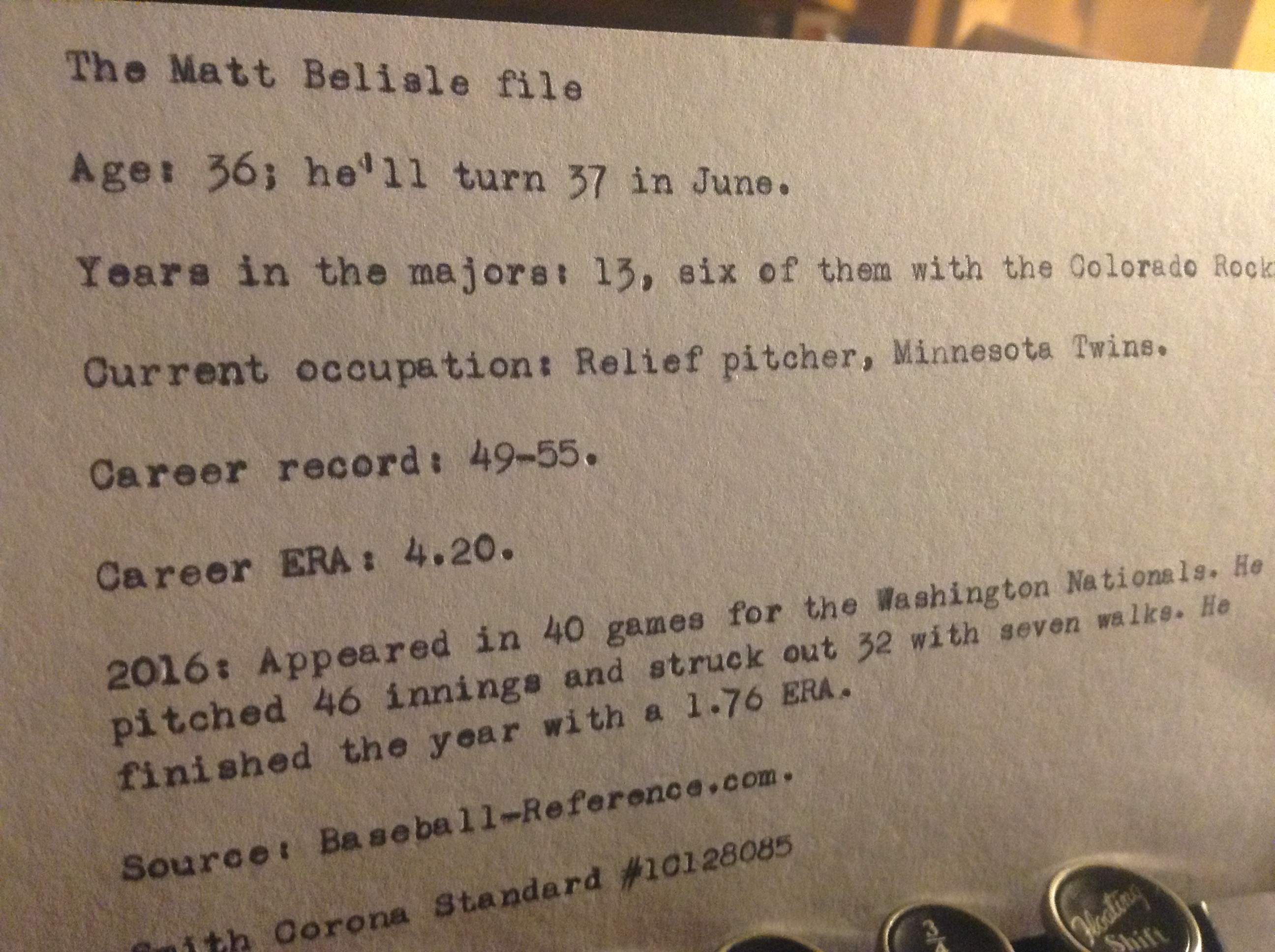