I can hardly believe it: Twins win 3 straight to start 2017 season

How do you erase the memory of a 103-loss season? You win early and often, which is exactly what the Twins have done by taking three games from the Kansas City Royals to start the season. They now find themselves in the extremely rare position of sitting atop the American League Central with the Cleveland Indians.

The Twins last won three straight to start a season a decade ago. The difference this year? Perhaps younger players who now have more experience, or Falvey & Co.’s use of data to make some determinations about lineups, pitchers, defensive positioning, etc. But I’m still singling out newcomer and catcher Jason Castro — and I could be doing that all season — who brought his much talked about pitch-framing skills to Minnesota, but who also is hitting and getting his share of walks.

In three games, he made winners out of Ervin Santana, Hector Santiago and got enough out of Kyle Gibson to earn a 5-3 win and a sweep of the Royals. It’s a small sample size, but right now the Twins have the third best team ERA in the American League at 1.67. This, after having the worst rotation in the AL for most of 2016, if not all of it. And yet the rotation is unchanged this season except for the addition of Adalberto Mejia. What has changed? The Twins got a new catcher.

Phil Hughes gets the ball today (Friday) on the road against the Chicago White Sox. 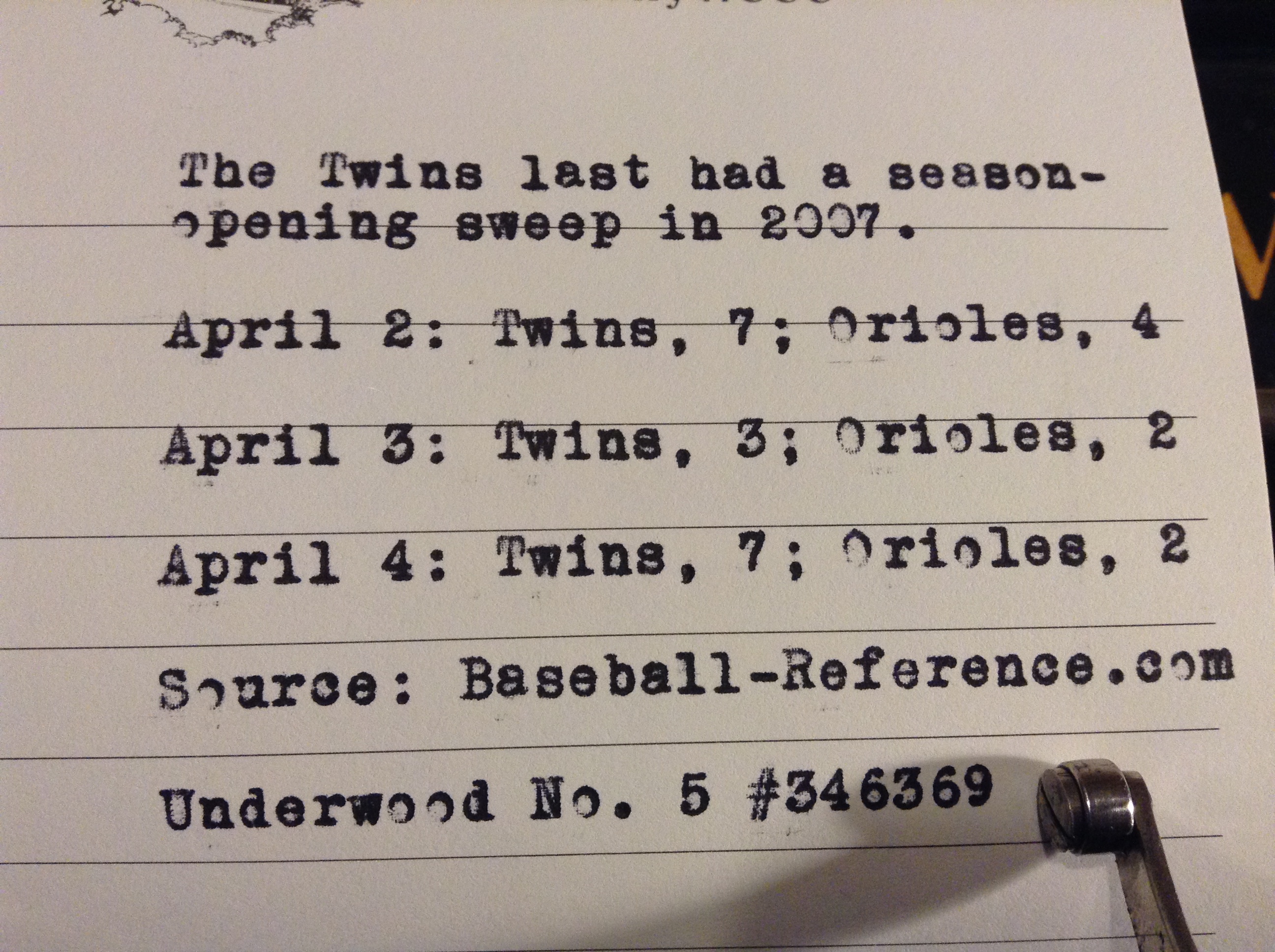