Sam Mele, the second manager in the history of the Minnesota Twins and who guided the team into the 1965 World Series, died Monday, according to various reports.

Mele, who spent 10 years as a player in the majors, replaced manager Cookie Lavagetto during the 1961 season, the Twins’ first after previously being known as the Washington Senators. The Twins lost 90 games in ’61, then turned things around in dramatic fashion. The Twins would go on to win 89 or more games in ’62, ’63, ’65 and ’66 before Mele was fired in 1967 with a .500 record.

Of those teams, the 1965 squad won 102 games and was backed by Tony Oliva and Zoilo Versalles, who hit 85 doubles combined; pitchers Mudcat Grant and Jim Kaat won 39 games; and the Twins slugged 150 home runs.

In the series, the Twins beat the Los Angeles Dodgers’ Don Drysdale and Sandy Koufax to take a 2-0 lead, then dropped three straight on the road, before winning Game 6 to force Game 7. Making his third start in the series, Koufax pitched a complete game, three-hit shutout with 10 strikeouts to win Game 7. Koufax was named World Series MVP.

After Mele was let go in the middle of the 1967 season, he never managed again. Instead, he returned to the Boston Red Sox, a team he had played for, and spent the next 25 years within the organization.

-The Twins improved to 13-11 on Tuesday after the club hit six home runs, including two from Brian Dozier, to beat the Oakland A’s 9-1. It also made a five-game winner out of Ervin Santana, who is now 5-0 with a 0.66 ERA. Santana scattered three hits over six innings with seven strikeouts and three walks. 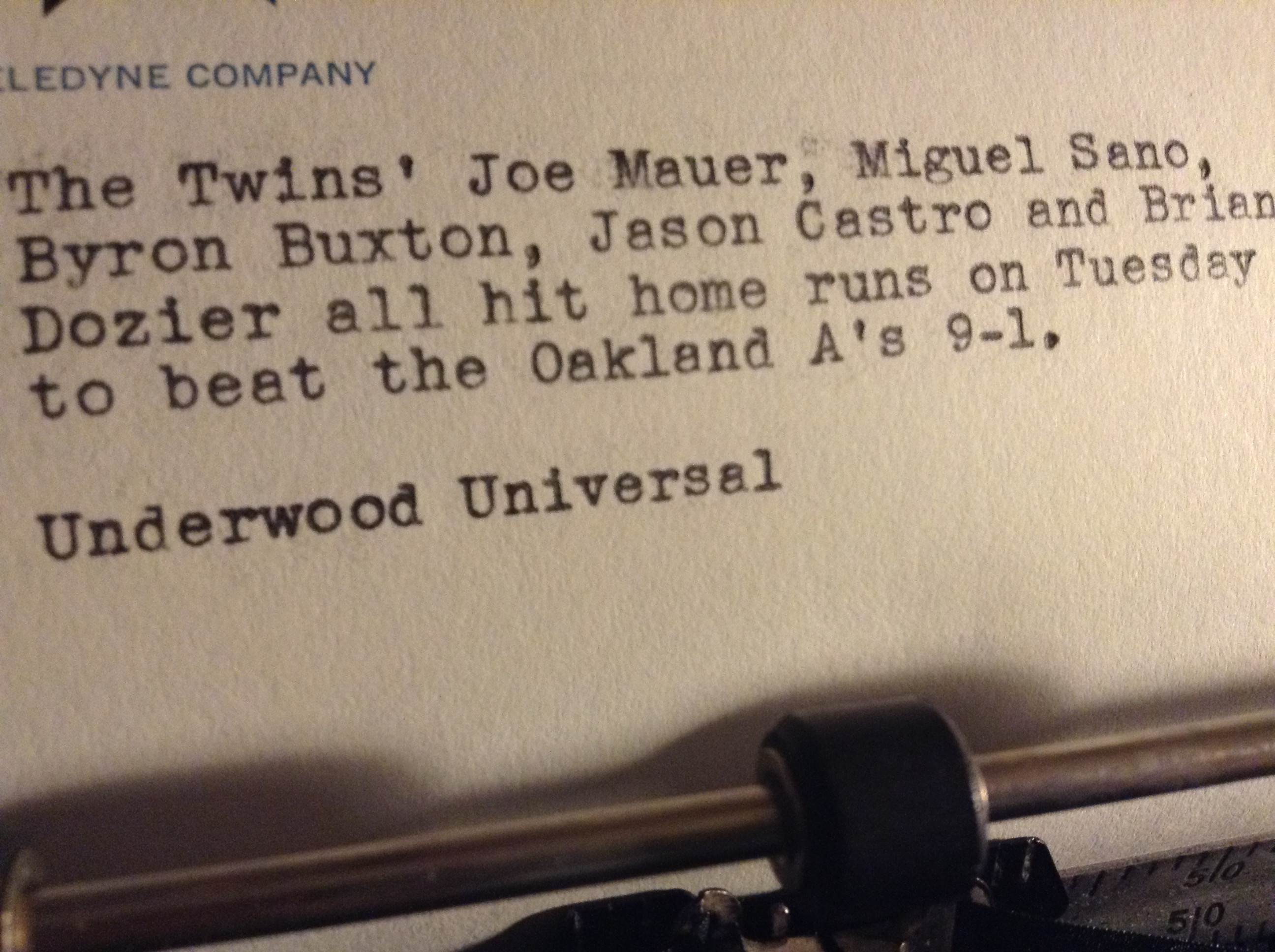