Get your beauty rest, Minnesota Twins. You’re going to need it

The Twins on Sunday finished their 7-game home stand at 4-3. That’s not terrible, but it’s far from the cushion they need to withstand the start of the second half of the season. That’s when they will face the Houston Astros, New York Yankees, Detroit Tigers and Los Angeles Dodgers. They are a combined 204-147 and the Astros and Dodgers are the two best teams in baseball.

Here’s how I expect those games to go:

-The Twins have struggled of late against the Astros (0-3 so far this season) and they have always suffered at the hands of the Yankees. I hate to say it but they could finish 0-6 after the two series. If that’s the case, their record falls to 45-48.

-The Twins get the Tigers after that, a team the Twins have had some success against. I expect them to win two of three games to push their record to 47-49.

-How they play versus the Dodgers is an unknown. It feels like a tossup so I’m going to say the Twins win two of three games on the road to improve to 49-50 before they play the last-place Oakland A’s to end July.

A record of 49-50 isn’t bad, but to keep pace in the central the Royals and Indians will have to stumble, too.

-The Twins lost on Sunday 11-5 to the Baltimore Orioles, thanks to a terrible start from Kyle Gibson. Gibson didn’t have as bad a day as the Cubs’ Jon Lester, but he still gave up seven runs, all earned, over four innings, including two home runs. That’s not going to cut it down the stretch.

-Outfielder Zack Granite is the latest to be called up from Triple-A Rochester. Granite was tearing the hide off the ball, hitting .360, with three home runs, 14 doubles and three triples. He also has 15 stolen bases, according to MLB.com. Let’s hope he can hit major league pitching because the Twins’ offense could use a boost. 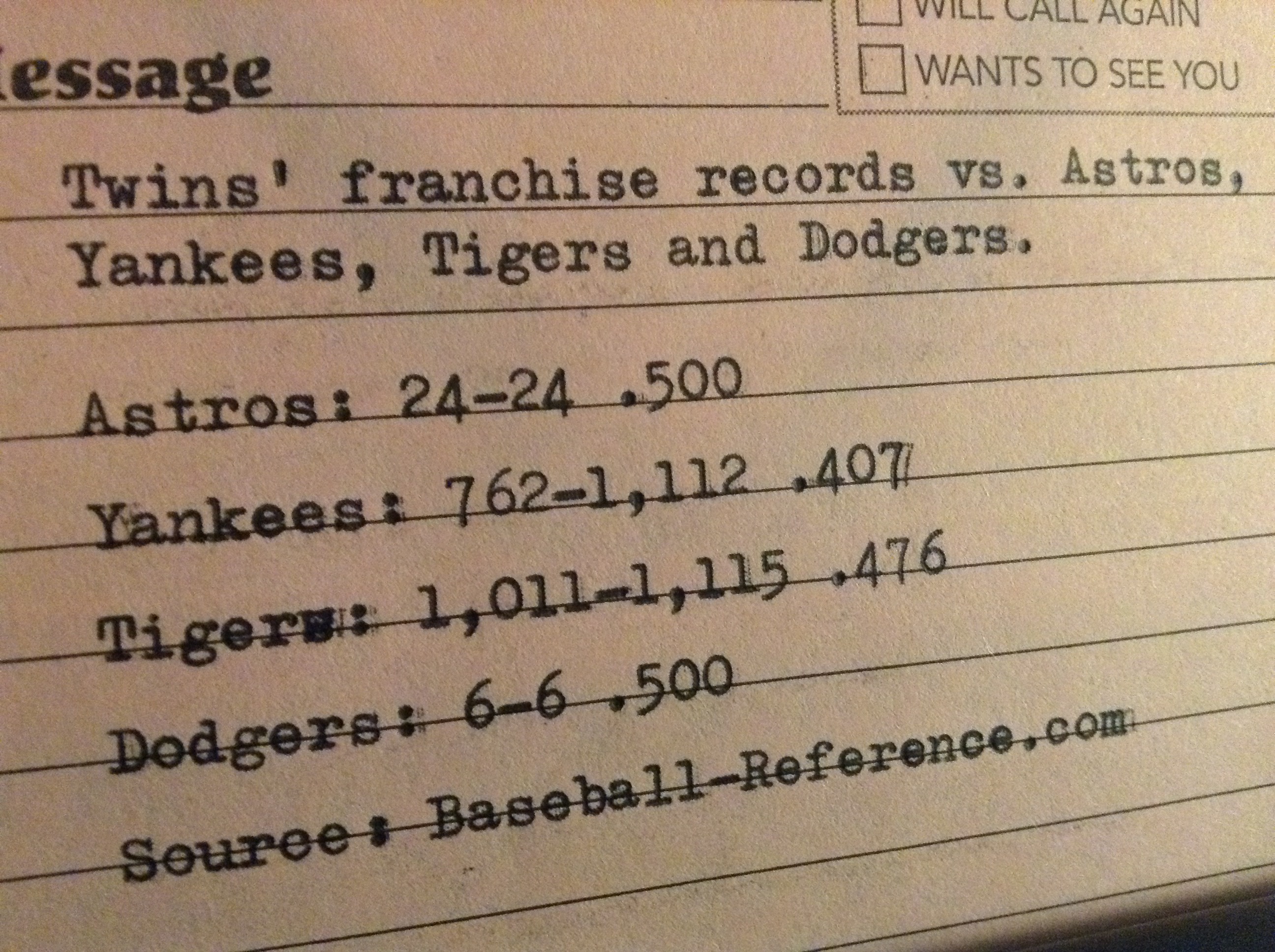