How did I not hear this before? Bartolo Colon signs with Twins

Forty-four year old Bartolo Colon, who apparently was signed to a minor league deal by the Twins on July 7, is set to face the New York Yankees on Tuesday.

The Twins need pitching help, but Colon? If it was a slightly younger Colon, I’d be more supportive of this deal. I know his career numbers are surprisingly good, but he’s now not just on the downside of his career, I would say the career is over. Before the Twins signed him, he was cut loose by the Atlanta Braves after he went 2-8 with an ERA of 8.14. Yet I know what the Twins see: He won 15 games last season and has 235 wins over a remarkable 20-year career.

But brace yourselves, Twins fans. His career mark versus the Yankees is 6-7 with a 5.69 ERA.

-The Twins snapped a 7-game losing streak against the Astros by beating them 4-2 on Saturday, but they lost the series after they dropped Friday’s game 10-5 and Sunday’s game 5-3. Ervin Santana stepped up like an ace and won his 11th game Saturday, but Kyle Gibson couldn’t duplicate the effort Sunday. It wasn’t entirely his fault because Astros’ starter, Mike Fiers, and two relievers, combined to strike out 12 Twins.

-Is Brian Dozier about to go on a second-half home run tear like he did last season? He hit consecutive leadoff home runs in Games 1 and 2 versus Houston to give him 15.

-Bring on the New York Yankees. Adalberto Mejia gets the ball Monday, followed by Colon on Tuesday. 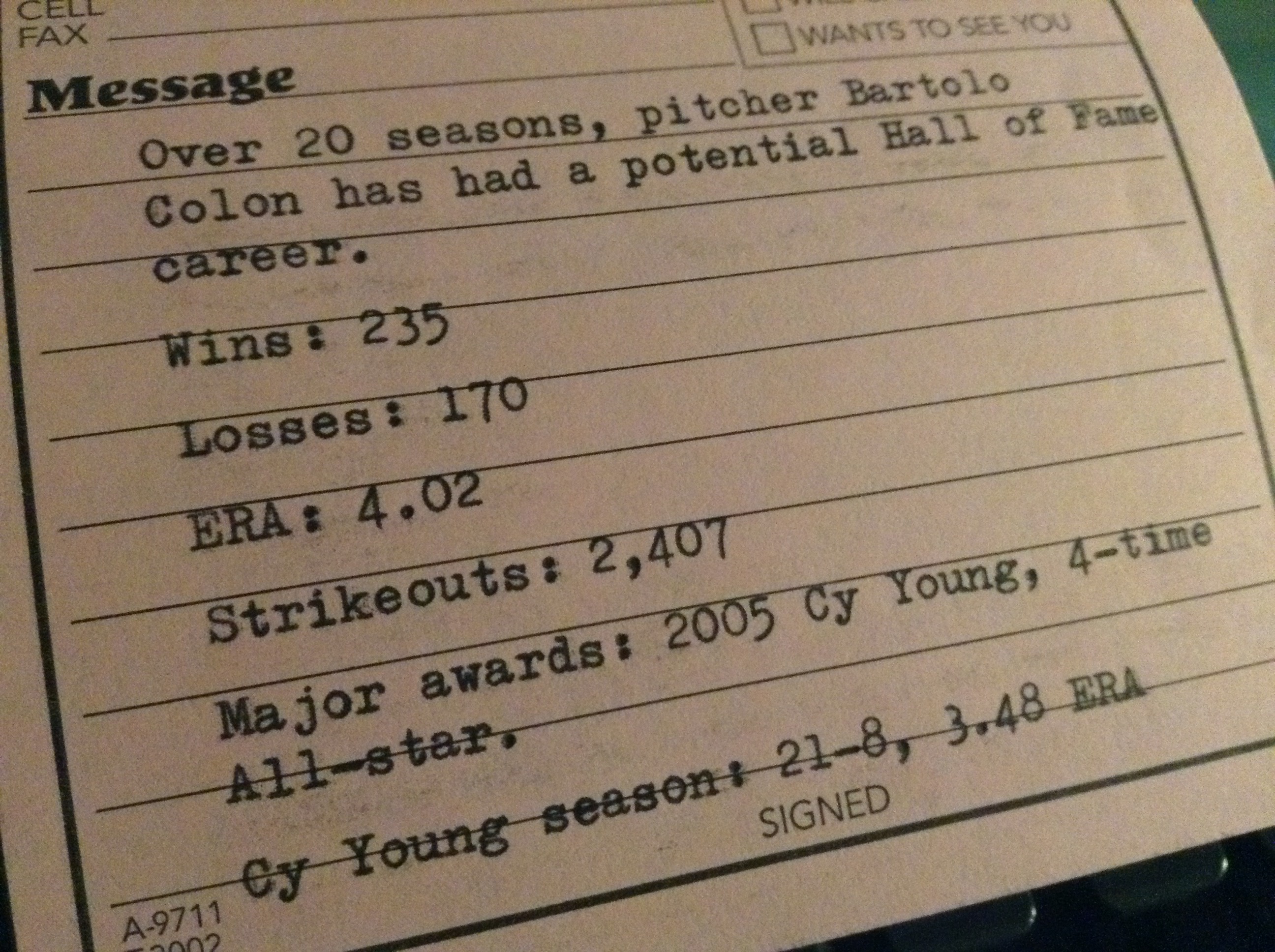