No one said it was going to be easy

Here we are three games into September and already I feel emotionally whipsawed. The Twins started the month losing a close one to the Kansas City Royals, followed by a 17-0 blowout victory over the same team, which had me riding high and convinced the Twins were on their way to the post-season. But then they dropped another close game and the series on Sunday to the Royals, which has now forced me to be realistic: This stretch of games is not going to be easy.

And now they head to Tampa for a three-game series with the Rays, followed by the Twins’ final four games against the Royals. You know the Royals have that circled on their calendar as their last chance to go head-to-head with the second-place wild card team. Perhaps the next time around the check swing call will go to the Twins.

It was that check swing call on Sunday — the home plate umpire did not think it was a strike — which gave Royals’ batter Lorenzo Cain a second chance. He made the most of it by hitting a triple and driving in the go-ahead run to beat the Twins, 5-4. Manager Paul Molitor disputed the check swing call and got tossed out of the game for arguing balls and strikes.

Ervin Santana came away with a no-decision, while the offense cooled off considerably from Saturday. The Twins had only five hits, including a triple from Byron Buxton and a home run from Eduardo Escobar, his 15th.

No doubt Buxton, Escobar, Jorge Polanco, Brian Dozier and Joe Mauer want to contribute as much as they can to winning games. But when they cool off, slugger Miguel Sano’s absence starts to loom pretty large.

Jose Berrios gets the ball Monday. 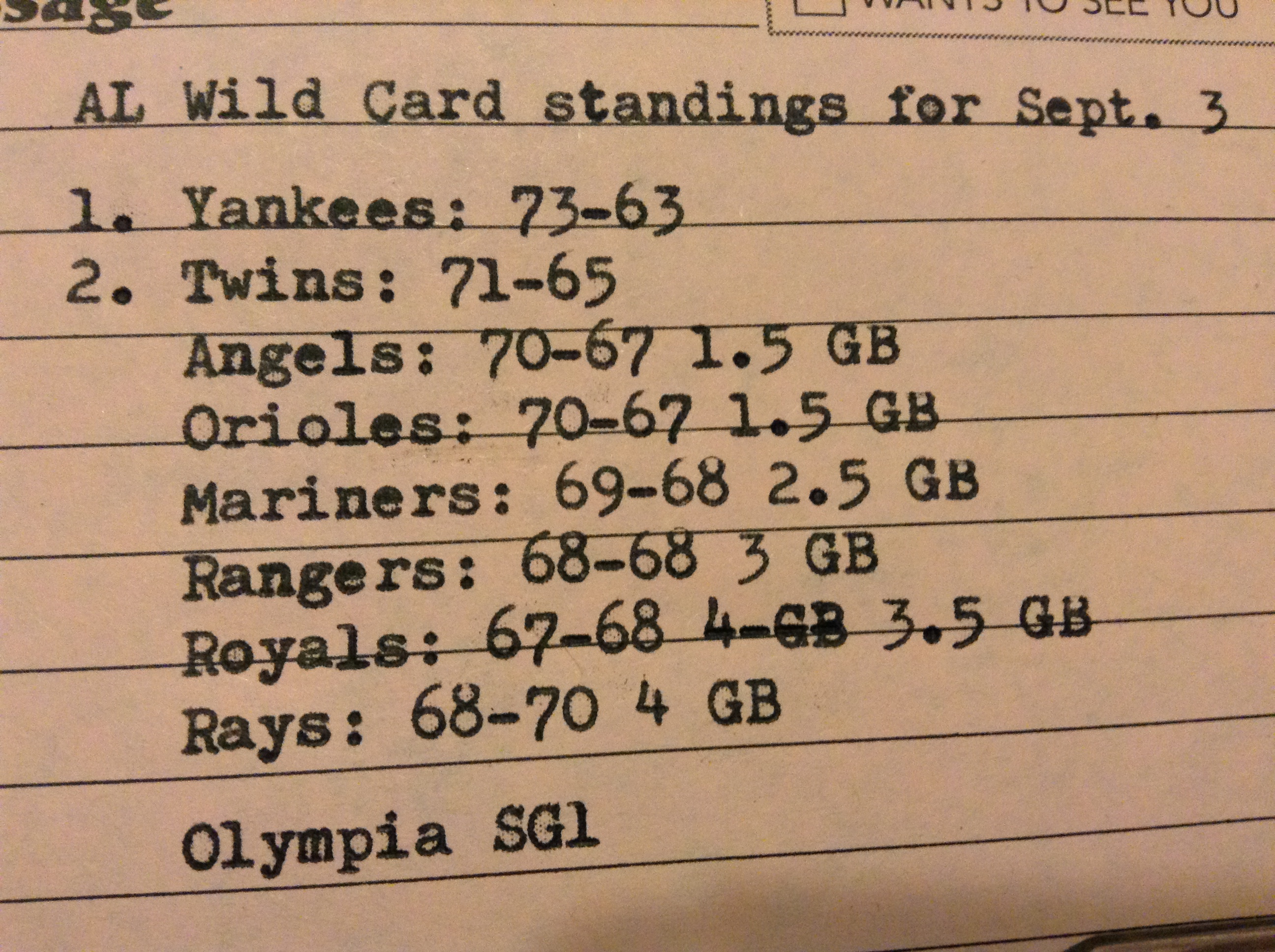