The ageless one, Bartolo Colon, showed his age Sunday after he gave up six runs in one-plus innings of work, or 32 pitches. And the bullpen wasn’t much better as they surrendered five more runs the rest of the way.

Kyle Gibson gets the ball Tuesday versus the San Diego Padres.

The Twins finally come home. They have Monday off, then welcome the Padres for two games this week, followed by four more at home against the Toronto Blue Jays through the weekend. These are must-win games for the Twins before they face the Yankees, Tigers and Indians the following week. The Twins are 1-1 vs. the Padres this season and 2-1 against the Blue Jays.

-The Twins finished their season series with the Royals at 11-8.

-Defensively, the Twins had a fantastic four-game series with the Royals after the team turned 11 double plays: Sunday (3), Saturday (2), Friday (2) and Thursday (4). 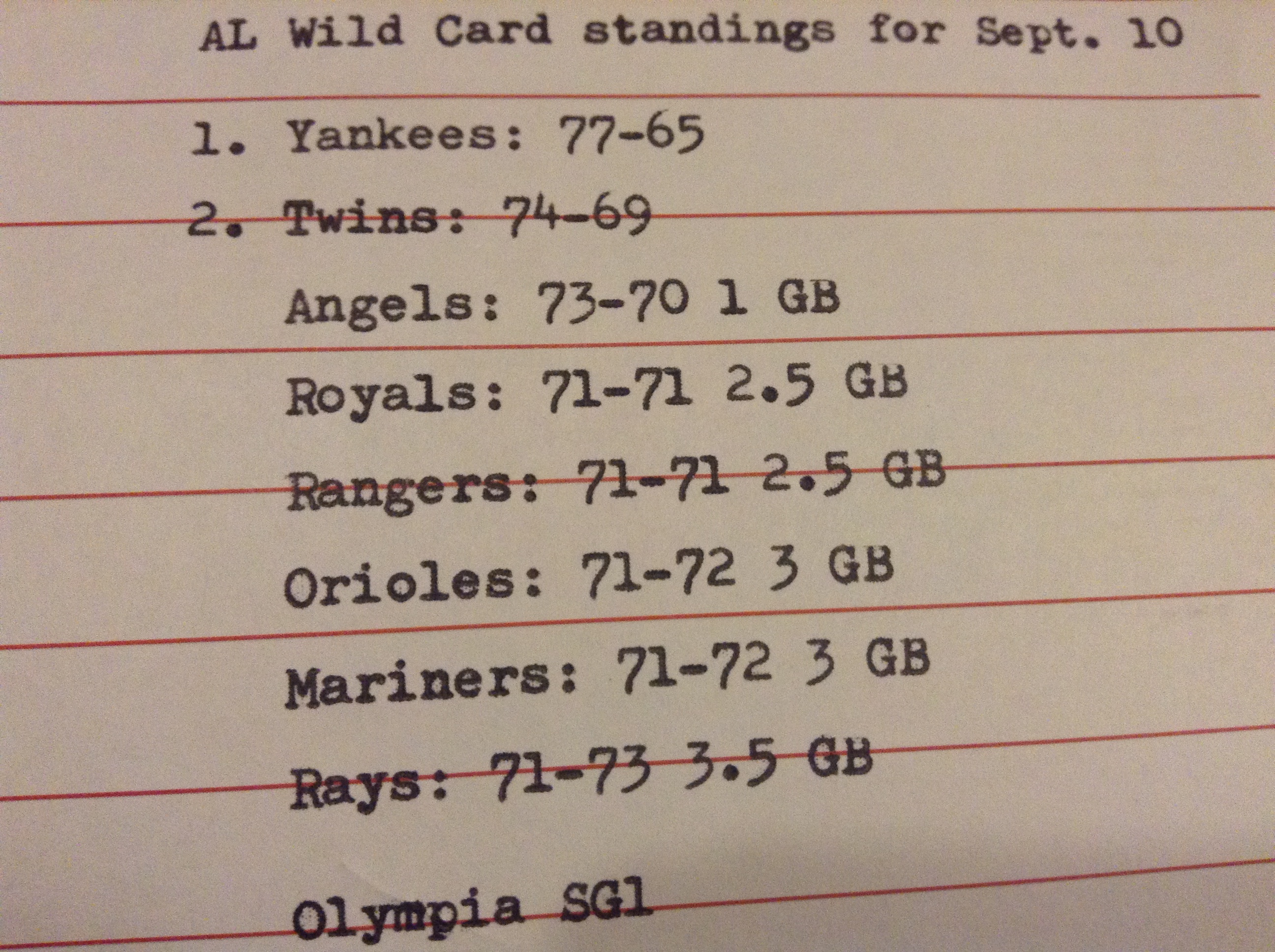