What do the Twins do now?

Despite winning 16 games last season, Ervin Santana has a way of disappointing Twins fans. When he first joined the team as a free agent, he tested positive for performance enhancing drugs and was suspended for the first half of what would become a disastrous, 103-loss 2016 season.

And now the Twins have announced that Santana underwent finger surgery on his pitching hand and will be out of action for the next 10-12 weeks, which means he may not rejoin the rotation until May. In other words, the Twins, as of Tuesday, do not have a clear No. 1 starter in the rotation when the 2018 season begins.

So, what do they do now?

Mike Berardino of the Pioneer Press reports the Twins remain interested in lefty Jaime Garcia, who made one start for the Twins last season (and won) before he was traded to the New York Yankees for two prospects. But here’s my question: Are they interested in Garcia because of Santana’s surgery or do the Twins already know they are out of the running in the Yu Darvish sweepstakes?

A rotation of Garcia, Santana, Jose Berrios doesn’t have quite the same sparkle as Darvish, Santana, Berrios.

But if not Darvish, how about free agent pitchers Lance Lynn, Alex Cobb, Jake Arrieta? All remain unsigned. Here’s the real concern: Maybe the Twins know they are out of the running to get any of them, in which case: Hello, Jaime Garcia.

Per multiple sources, #mntwins continue to show interest in free agent LHP Jaime Garcia. 31-year-old veteran won his only start for them last July before they flipped him to #Yankees for 2 young arms. Went 5-10, 4.41 in 27 starts overall last year.

-MLB Trade Rumors, citing several sources, reported Wednesday that the Twins have made a multiple year offer to Darvish. They also say Darvish has received several offers of more than $100 million and offers that are five years in length. Now, which team will he pick? 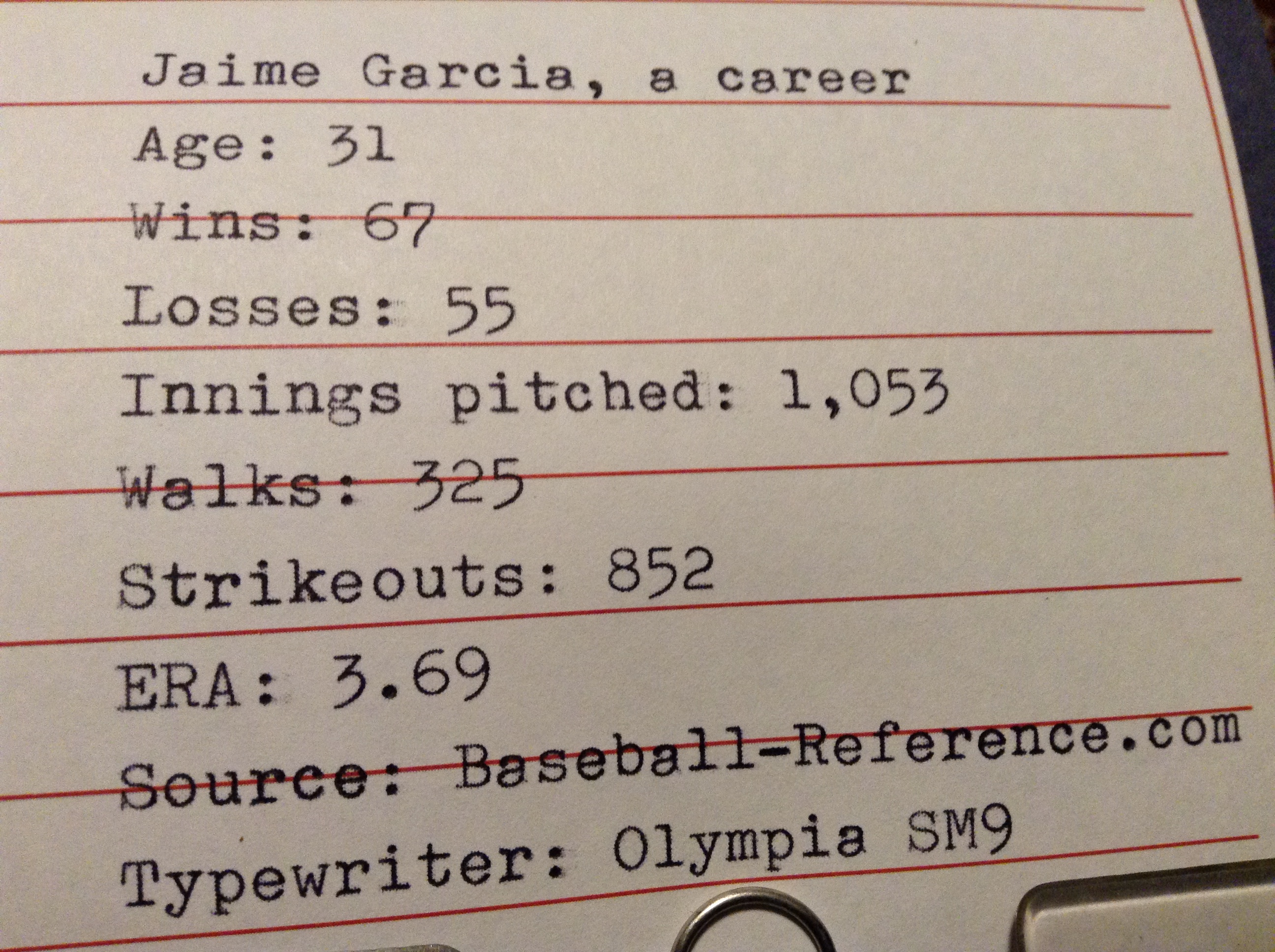