Tendon-be-damned Nelson Cruz, who apparently is going to play through that tendon-related injury in his left wrist, unloaded on the Chicago White Sox Tuesday night with a home run and three doubles to power the Twins to a 14-4 blowout win. 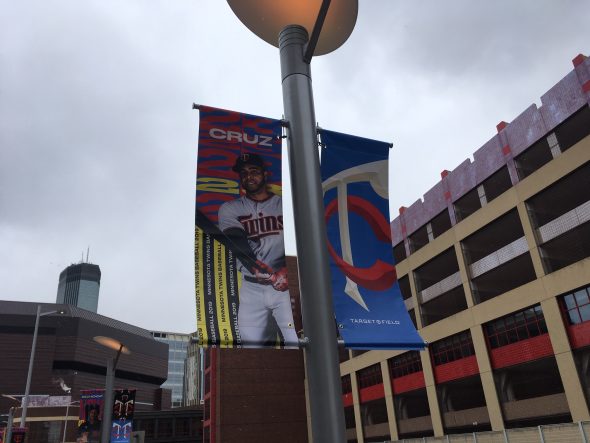 The South Siders took a 3-0 lead early and then the Twins went to work, scoring two runs in the third inning, a run in the fourth, four in the fifth and then piled on with seven runs in the eighth. The Twins had 10 extra-base hits: seven doubles and three home runs, including a two-run shot from Max Kepler, his 34th, and a two-run blast from Jorge Polanco, his 19th. Cruz’s home run was his 33rd of the season.

Michael Pineda fell short of a quality start on Tuesday, but he still picked up the win and improved to 9-5 with a 4.26 ERA. That’s back-to-back wins for him since late June, early July.

Jake Odorizzi goes for win No. 14 on Wednesday.

-The Twins increased their lead in the AL Central to three games because the Cleveland Indians lost to those red-hot New York Mets. Once again, the Twins’ August schedule rewards them.

-And yet the Twins lost to the Pale Hose on Monday. I was ready to rip the team after that loss, especially following a four-game sweep of the Texas Rangers, but then I discovered the Tribe, incredibly, has a losing record against the White Sox this season. The Indians are 5-7 versus the South Siders, while the Twins are 8-4.

-In Monday’s loss, manager Rocco Baldelli went with a re-jiggered lineup that featured Luis Arraez hitting leadoff, followed by Polanco, Cruz, Eddie Rosario and Miguel Sano. How did they do? They had 12 of the Twins’ 15 hits in a 6-4 loss. How did that happen? Starter Kyle Gibson had one bad inning and the Twins left 10 men on base.

-Cruz, Kepler and C.J. Cron each drove in three runs on Tuesday.