The 2019 Minnesota Twins booked a ticket to the postseason on Wednesday after they rallied (again) to beat the Detroit Tigers, then watched as the Cleveland Indians fell to the Chicago White Sox. 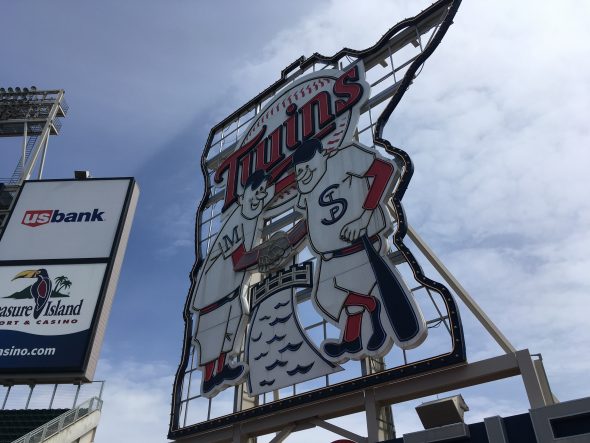 The first-place Twins now lead the second-place Indians by five games with four games left in the season. And that means only one thing: the division title is theirs. It’s the 12th division/pennant title for the Twins since 1965 and the first for the team since 2010.

The Twins rallied to beat the terrible Tigers on Tuesday, then did it all over again on Wednesday after they gave up an early run before finally finding a spark in the seventh inning. And this time it was the top of the order, not the bottom, that gave the Twins some life and a 5-1 victory.

Jorge Polanco, Nelson Cruz, Eddie Rosario and Luis Arraez had seven of the Twins’ nine hits, including a pair of two-run shots from Rosario and Arraez.

They backed Randy Dobnak who won his second consecutive start. The Dobber was excellent. He struck out six over six innings on 78 pitches, allowing only an unearned run because of a Polanco error. The bullpen was solid the rest of the way.

Who starts for the Twins on Thursday? Who knows? With four games left in the season, I’m sure manager Rocco Baldelli is going to rest a lot of regulars and use other players. The Twins have one more game against the Tigers, and three more at Kansas City, and that’s it.

-Right now the Twins will face the New York Yankees in the first round of the playoffs, while the team with the best record in the American League, the Houston Astros, will play one of the wild card teams. I don’t need to repeat what we already know about Twins/Yankees, but consider this: the Twins can go toe-to-toe with any team in baseball when it comes to home runs.

-Reliever Sam Dyson, who came to the Twins via a trade with the San Francisco Giants this season, had shoulder surgery Tuesday and might miss the 2020 season, according to MLB.com. This is disappointing news. Even more disappointing are the sunny observations shared by manager Baldelli and Chief Baseball Officer Derek Falvey for the MLB.com story. Where’s the outrage over acquiring what appears to be damaged goods?

-Former Twins manager and current Tigers manager Ron Gardenhire had some nice things to say to the Detroit News before the Twins clinched the division at Comerica Park.

“You don’t want them to clinch it in your house, on your field,” Gardenhire said before the game.

“But if anybody is going to do it in front of us, Joe (Vavra) and I can take a little comfort in knowing we worked there for quite a while.”

“There’s good memories and family and friends from there who are still there, people who work in the organization,” Gardenhire said. “If somebody is going to do it in front of us, I’d rather it be them than any other organization.”