Kyle Gibson, the longest tenured member of the Twins, is no longer that after reportedly agreeing to a free agent deal with the Texas Rangers for $30 million over three years. Not bad for a guy with a career earned run average of 4.52. 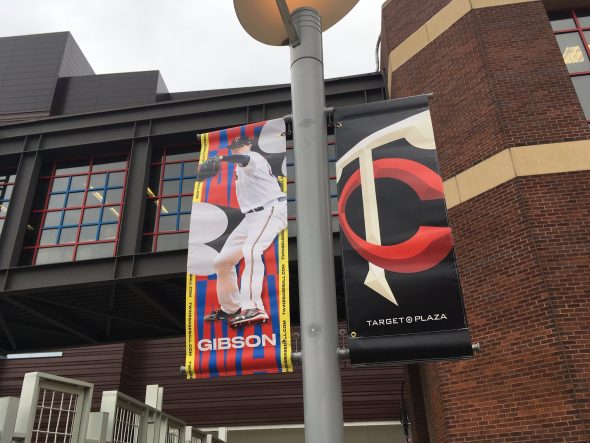 Should the Twins have tried to work out their own multiyear deal for Gibson? Perhaps. At 32, his best years are most likely behind him, but he also has developed into a much better pitcher than his earlier career would reflect.

Gibson, who spent seven seasons with the Twins, struggled for most of that time to advance beyond being merely a .500 pitcher. And in early 2017 that career nearly ended after he stumbled badly out of the gates and wound up being demoted to Triple-A Rochester. But he pitched well in the minors and earned a trip back to Minnesota. After his return, as I’ve written about before on this blog, he was a changed man, or so it would seem because he finished the season with a record of 7-3 with a 3.76 ERA. How did he start the season? He was 5-7 with an ERA of 6.31. No wonder he temporarily lost his job.

Gibson’s second-half performance carried him into 2018. Despite winning only 10 games, he still set career marks in ERA (3.62), innings pitched (196.2) and strikeouts (179). He followed that in 2019 with 13 wins, tying a career best, but he also battled the after-effects of E. coli and other gastrointestinal problems. By the end of the season, he was pitching out of the bullpen.

But what about character? If character mattered (and it does to some degree, of course), Gibson would be one of the highest paid athletes in the game. From what I’ve read, he was always a stand-up guy.

According to The Dallas Morning News:

Last season, Gibson was nominated for the Roberto Clemente Award, which is presented to the MLB player who “best represents the game of Baseball through extraordinary character, community involvement, philanthropy and positive contributions, both on and off the field.” Gibson and his wife, Elizabeth, have been involved with numerous relief organizations and charities since at least 2011.

Now that Gibson is gone, as well as Michael Pineda and Martin Perez, Falvey & Co. have some holes to fill because the Twins have only two starting pitchers: Jose Berrios and Jake Odorizzi.

-What happens when you win 101 games? Other teams take an interest in hiring your coaches. Former Twins hitting coach James Rowson is gone (Miami Marlins) and so is former bench coach, Derek Shelton, who is now the new manager of the Pittsburgh Pirates. The Twins also lost assistant pitching coach, Jeremy Hefner, to the New York Mets. To replace Rowson, the Twins have hired Edgar Varela, previously the Twins’ minor league field coordinator. He has some big shoes to fill because the Twins hit the most home runs in the majors last season, scored the second most runs and tied the Washington Nationals for the fourth lowest strikeout rate.