The Twins scored a run in the second inning and then came up empty for the next six. The Pittsburgh Pirates, meanwhile, were blanked for eight innings, stymied by Twins starter Randy Dobnak and two relievers.

And then it all unraveled for the Bucs in the top of the ninth on Wednesday. 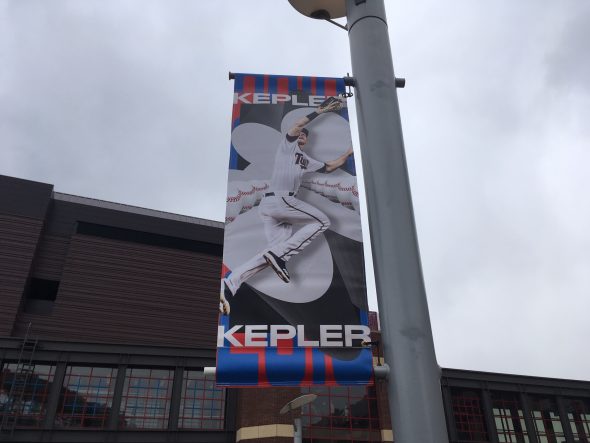 Kenta Maeda gets the ball on Thursday.

-Dobnak, previously a spot starter for the Twins, has to be a step closer to earning a permanent job in the rotation. The Dobber pitched six shutout innings and lowered his ERA to 0.60.

-And how about reliever Tyler Duffey? The Rice University product has yet to allow a run this season and has struck out 10 over five innings.

-It was great to see Byron Buxton hit a double on Wednesday. Let’s hope the slump-busting continues.

-Mitch Garver also is struggling at the plate, but the catcher did throw out a runner at second base. And it wasn’t close.

-On April 29, 1930, the Senators hosted the Yankees before only 4,500 fans at Griffith Stadium. The low turnout is hard to believe because Babe Ruth was still in the lineup and so was Lou Gehrig. And what appeared to be a blowout victory became a slugfest that afternoon.

The Yankees raced out to a 7-0 lead, and then the Senators came roaring back with seven runs of their own in the bottom of the third inning. They tacked on a few more runs late in the game to finally outlast the Yankees, 11-8.

The Babe hit three doubles and drove in three runs, but the Senators cranked out 13 hits, getting nine of those hits from the heart of the lineup, including two hits from Hall of Famer Goose Goslin and three more from fellow Cooperstown inductee, Joe Cronin.

The Yankees were hurt by five errors. Gehrig committed one and so did Tony Lazzeri.

The first two pitchers that Senators manager Walter Johnson sent to the mound were gone in a flash, but reliever Myles Thomas settled in nicely and pitched six innings, allowing one run on four hits.

The Senators were never very good, but from 1930 to 1933 they won 92 or more games each season during that period.