Twins fall to 0-4 against Royals on the road

The Twins turned in a dud Friday night after a breakout performance by Jose Berrios on Thursday.

First, the bad news. Starter Jake Odorizzi and reliever Zack Littell exited Friday’s game with apparent injuries, and Twins hitters accomplished little in between, mustering only six hits in a 7-2 loss to the Kansas City Royals. The Twins also had only one extra-base hit and were 0-for-7 with runners in scoring position.

The only bright spot in Friday’s game was reliever Jorge Alcala, who pitched three scoreless innings with six strikeouts.

Before Odorizzi took a comebacker off his side, he wasn’t pitching real well. He allowed five runs, all earned, over three innings.

Randy Dobnak gets the ball Saturday.

-Now to the good stuff. Pitcher Berrios, who has struggled so far this season, reminded everyone Thursday that he is very much the real deal after he 1-hit the Milwaukee Brewers for six innings. His fastball appeared to regularly hit 95 miles per hour and his curve and slider broke sharply over the plate, helping him strike out nine batters. The result was a 7-1 Twins win. 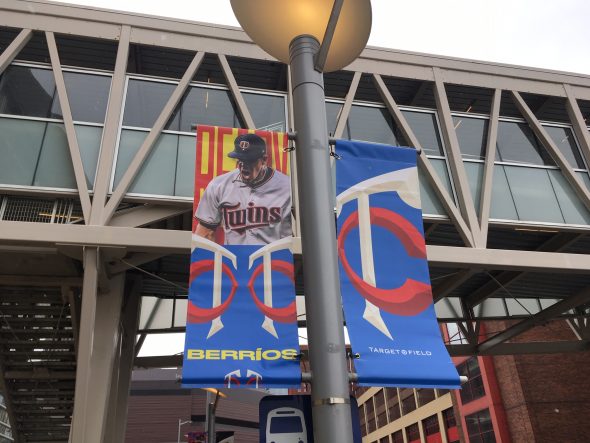 -Also of note: Ryan Jeffers, a top catching prospect for the Twins, made his major league debut on Thursday. He had two hits in three at bats with a run scored and an RBI. He also was battery mate to Berrios and appeared to handle the pitcher just fine. However, Jeffers on Friday struck out three times in three at bats.

-Royals pitcher Danny Duffy continues to be tough on the Twins. He allowed one run over five innings with six strikeouts.

-Reliever Tyler Duffey has finally allowed an earned run after he served up a solo home run on Thursday. His earned run average climbed to 0.90 from 0.00.