Cleveland Indians ace Shane Bieber, the best pitcher in baseball, brought his undefeated record and scintilla of an ERA to Target Field on Friday to face the Twins. And this time, after the Twins almost beat Bieber the last time they faced each other, they took the early lead and didn’t look back.

Byron Buxton hit a two-run home run, rookie Ryan Jeffers added a solo shot, and the Twins held on for a 3-1 win to take Game 1 of their weekend series. A sweep of the Tribe would be mighty sweet before they head to the Windy City for seven games. With the win, the Twins leapfrogged the Tribe to take the second spot in the AL Central and are now a game behind the Chicago White Sox for the top spot in the division. 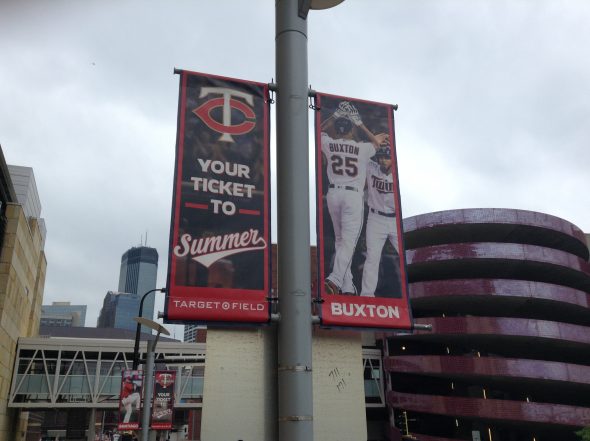 Although Bieber has been the talk of baseball, the Twins’ Kenta Maeda has quietly put together a great season and the deal to get him is looking more and more like the best trade of the offseason. Maeda improved to 5-1 with a 2.43 ERA after he pitched seven shutout innings with two walks and seven strikeouts. Sergio Romo pitched a scoreless frame and Taylor Rogers closed out the game for his ninth save, although he did allow a run.

Rich Hill gets the ball on Saturday.

-Romo pitched a scoreless inning, but that didn’t stop him from antagonizing the Indians’ Francisco Lindor (or Lindor antagonizing him) after he got him to pop up. As Lindor ran out the fly to first base, the two exchanged words and then had to be separated. Friday’s dispute likely can be traced to the last time these two teams met. During Game 1 of a series in Cleveland, Romo pitched a scoreless inning, then stared down the Indians bench on his way back to the dugout.

-Both managers responded to what happened, according to MLB.com. Interim Cleveland manager Sandy Alomar Jr. basically said that if Romo is going to dish it out, the Tribe is going to dish it back, which is the kind of response you might expect. Twins manager Rocco Baldelli might want to consider running for office after his overly diplomatic answer.

But I think it’s basically to the point where it’s just a couple of players who continually interact with each other when they probably shouldn’t. And I think it would probably be better if they didn’t. And I think a lot of the interaction is, some of it’s subtle, some of it’s not so subtle. I think if we just all went out there and played the game and tried to ignore what was going on on the other side, we’d be in better shape.

Huh? I like Baldelli, and I think he’s a good fit for the Twins, but I’ll take Alomar’s response over his.