The Minnesota Twins of the 1960s were a good team, some might even call them a great one. And this much was certain: they had left their sad-sack ways behind in Washington, D.C., and now won with regularity after their move to the upper Midwest.

Although the team won only 70 games in its inaugural season of 1961, they won 91 games in ’62 and ’63, 102 games in 1965 (and appeared in the World Series), 89 games in ’66 and it appeared the winning would continue in 1967. And then something happened that had never happened before to the young Twins franchise: they lost two games to start the season.

That’s according to “Tony Oliva: The life and times of a Minnesota Twins legend,” a 2015 book by Thom Henninger. It was the beginning of a lousy month for the Twins in April ’67, which was filled with mental mistakes and errors, including 18 gaffes over 12 games in late April through early May. By the end of the month, the Twins were 5-10. 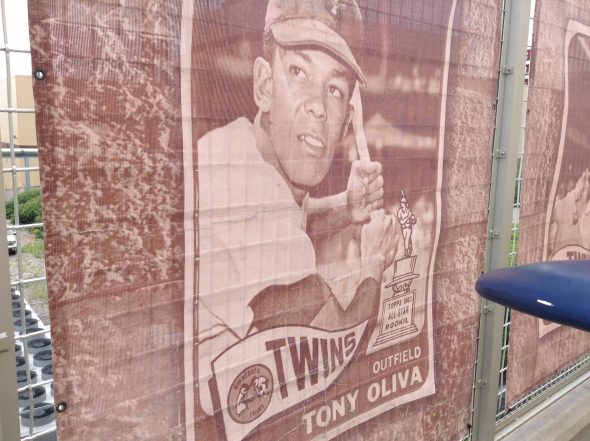 And as talented a player as Oliva was, he made a major blunder early in the season. In that game, which was played in Detroit, the Twins’ Cesar Tovar was on base when Oliva homered; however, Tovar retreated to first base, thinking the ball was going to be caught. By then, Oliva had passed him on the base paths. Tovar was allowed to score, but Oliva was called out for his base running mistake.

The Twins struggled in April, played a little better in May and then slowly improved. By August, the Twins were on fire and reeled off 21 wins, including seven straight from Aug. 10-16. Pitcher Jim Perry, who won 215 games over a 17-season career (128 wins with the Twins) was sensational during that win streak, pitching back-to-back shutouts.

On Aug. 10 he blanked the Washington Senators 5-0, scattering five hits over nine innings with eight strikeouts. On Aug. 15 he was back on the bump, this time to face the California Angels. Once again he went the distance, giving up six hits with 10 strikeouts for a 4-0 win. Oliva backed him with three hits in four at bats, including a double.

The Twins finally moved into first place and stayed there for most of September. Their main competition was the Boston Red Sox, who were powered by Carl Yastrzemski in a season known as the “impossible dream.” It all came down to the end of the season and two games at Boston. The Twins lost 6-4 on Sept. 30 to fall into a tie with the Red Sox, then lost again 5-3 on Oct. 1 to hand the Sox the American League pennant.