It must have been an unusual day at the ballpark for Twins second baseman Brian Dozier. He wasn’t in the lineup against the Tampa Bay Rays on Monday, but probably was in the dugout, sitting and wondering what might have been.

In exchange, the Twins not only wanted De Leon but other players as well for Dozier and the 42 dingers he hit in 2016. But the Dodgers balked at more than one player for Dozier, so they finally sent De Leon to the Rays for second baseman Logan Forsythe.

The Twins won 9-4 on Monday and got things started when Niko Goodrum hit a three-run home run off De Leon in the second inning. De Leon went three innings and gave up three earned runs with one walk and two strikeouts. Neither De Leon or Twins starter and Rule 5 draft pick Justin Haley won or lost on Monday. 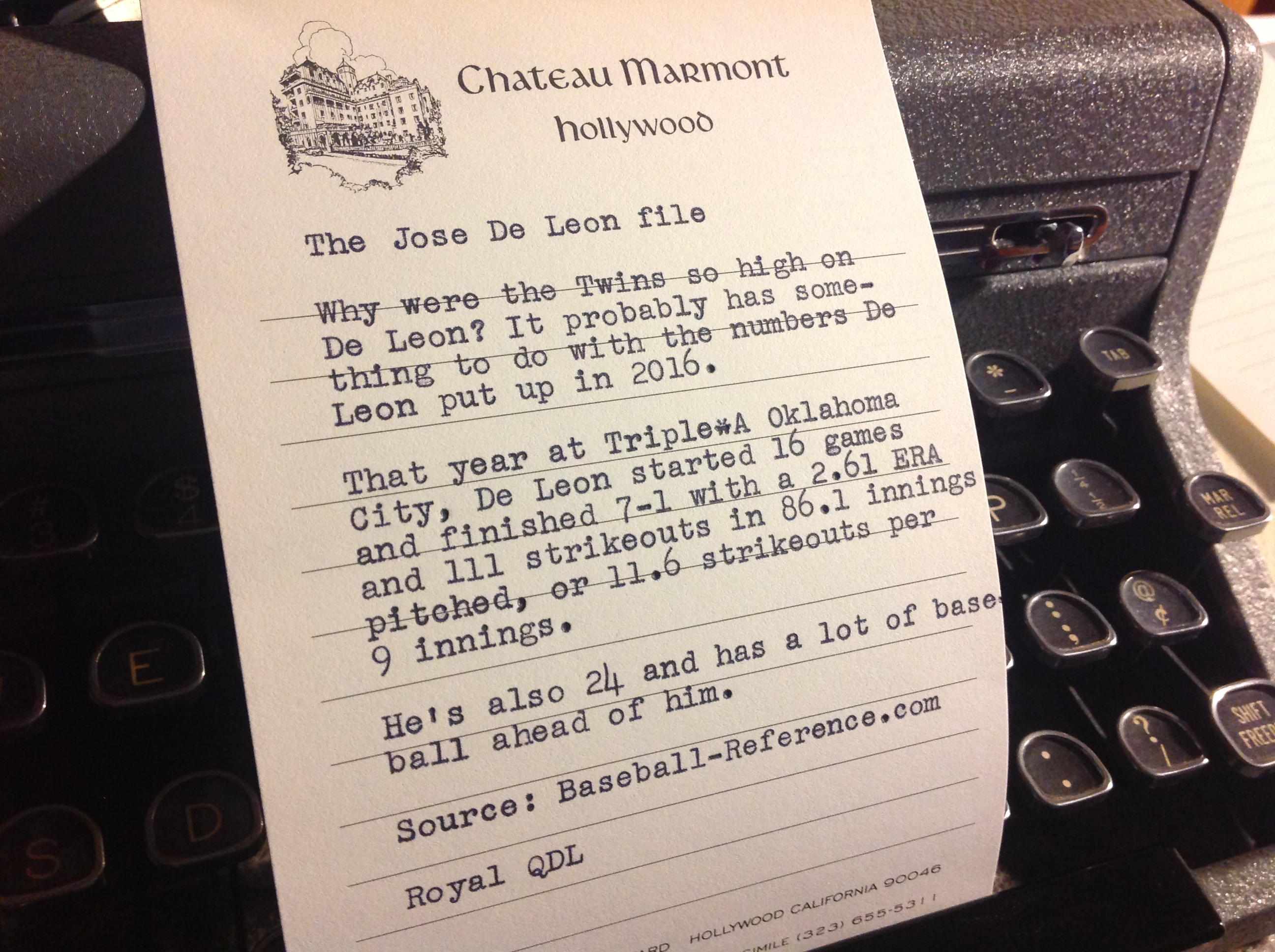