In a flash, the Twins dropped four straight to the Cleveland Indians and are now looking up at the Tribe in the American League Central. They also are 3-7 in their last 10 games, including the series with the Indians, which reminded us that outside of pitchers Ervin Santana and Jose Berrios, the Twins don’t have much of a rotation.

No one pitched well in the Tribe series, except for Kyle Gibson on Sunday. He gave the Twins a quality start — six innings with three or fewer earned runs — but he couldn’t escape the long ball. Slugger Edwin Encarnacion homered twice against Gibson to give him 16 on the season. Gibson fell to 4-5 with a 6.65 ERA.

Encarnacion had a good Sunday versus the Twins, but how about Jose Ramirez?

Not only did Twins pitching falter in the Tribe series, but Twins hitting disappeared as well. After scoring 33 runs versus the Seattle Mariners in four games, the Twins scored eight runs in four games against the Indians.

The Twins will welcome the Chicago White Sox to Target Field on Tuesday for a three-game series, and then they face a potentially season-testing road series at Cleveland, Boston and Kansas City. Here’s why I’m not too concerned about those away games: The Twins are a different club on the road. They are 20-9 away from Target Field but are a terrible 14-24 at home. Why? Who knows?

“We haven’t been playing well at the friendly confines,” Gibson told MLB.com. “We will try to turn that around in the next couple days, then we get to head back to Cleveland and hopefully take a few from them there.”

Ervin Santana gets the ball on Tuesday. 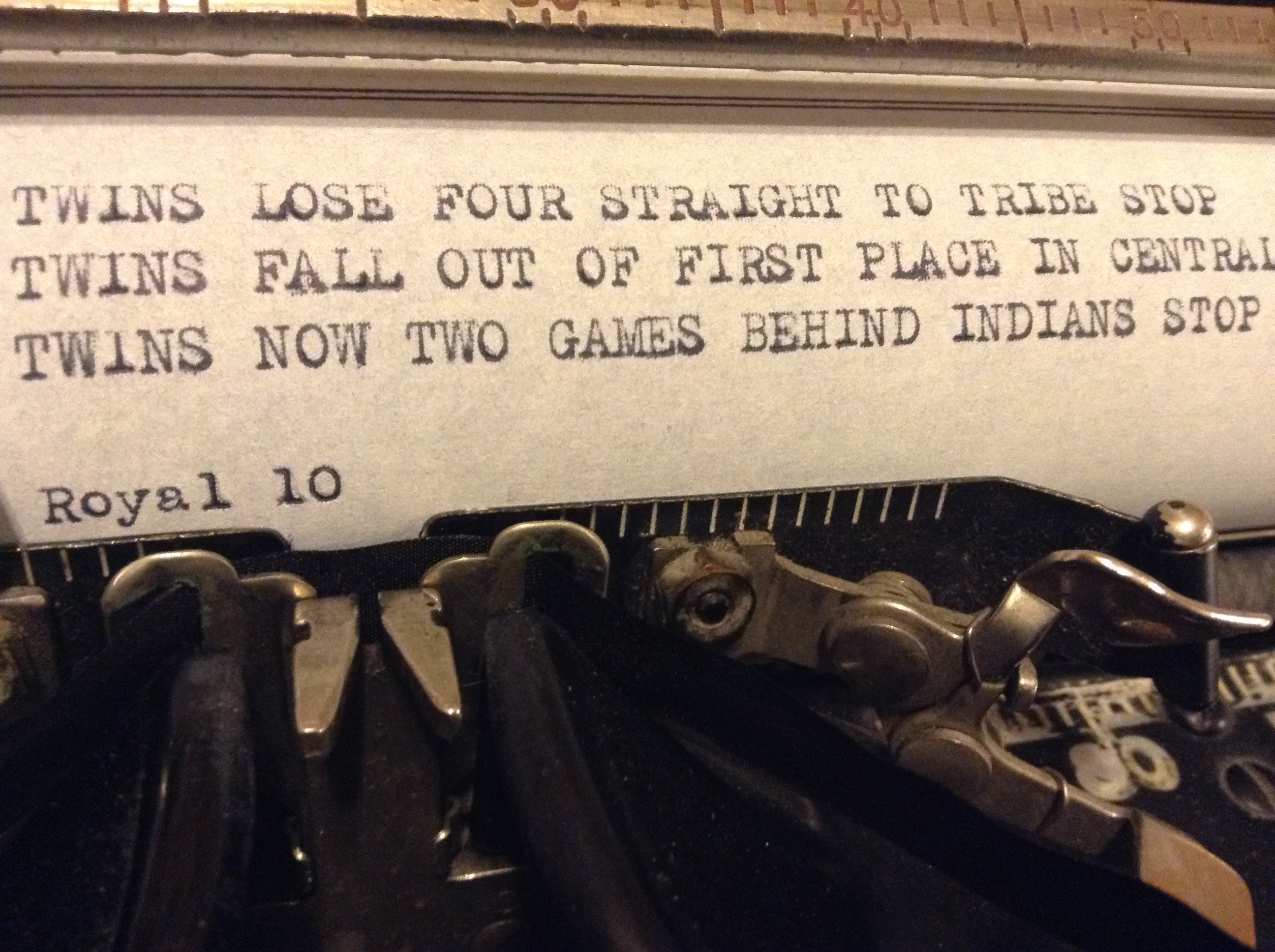