The New York Times reported last week that the Twins have a chance to become the first team in major league history to make the playoffs after losing 100 games the previous season.

The Twins took a step closer to that record Tuesday after they blasted the San Diego Padres, 16-0. In the process, they set a new major league record by hitting a home run in each of the first seven innings of the game. Of those seven dingers, Brian Dozier hit his 30th, Eddie Rosario his 22nd and Eduardo Escobar his 18th. In all, the Twins collected 18 hits.

But perhaps even more impressive is the pitcher Kyle Gibson has become down the stretch. He pitched shutout baseball for six innings with six strikeouts on Tuesday and improved to 10-10 with an ERA of 4.97. Gibson struggled earlier in the season and there were those, including me, who felt that Gibson was never going to become a worthwhile pitcher. Maybe that criticism finally caught his attention because he has pitched very well of late. In the past month, Gibson is 4-1 with a 1.96 ERA. If Gibson has finally transformed himself, it certainly came at the right time as the Twins try to hold on to that second wild card spot in the American League.

Ervin Santana, who has a chance to earn his 16th win of the season, gets the ball Wednesday.

A note of caution: Tuesday’s blowout victory is going to be pretty meaningless if the Twins can’t finish off the Padres on Wednesday, too. They need to win both games and then get ready for the Toronto Blue Jays.

-The Twins’ 2018 schedule was released Tuesday and it shows the team visits the Northwest on May 25-27. I hope to see one of those games. 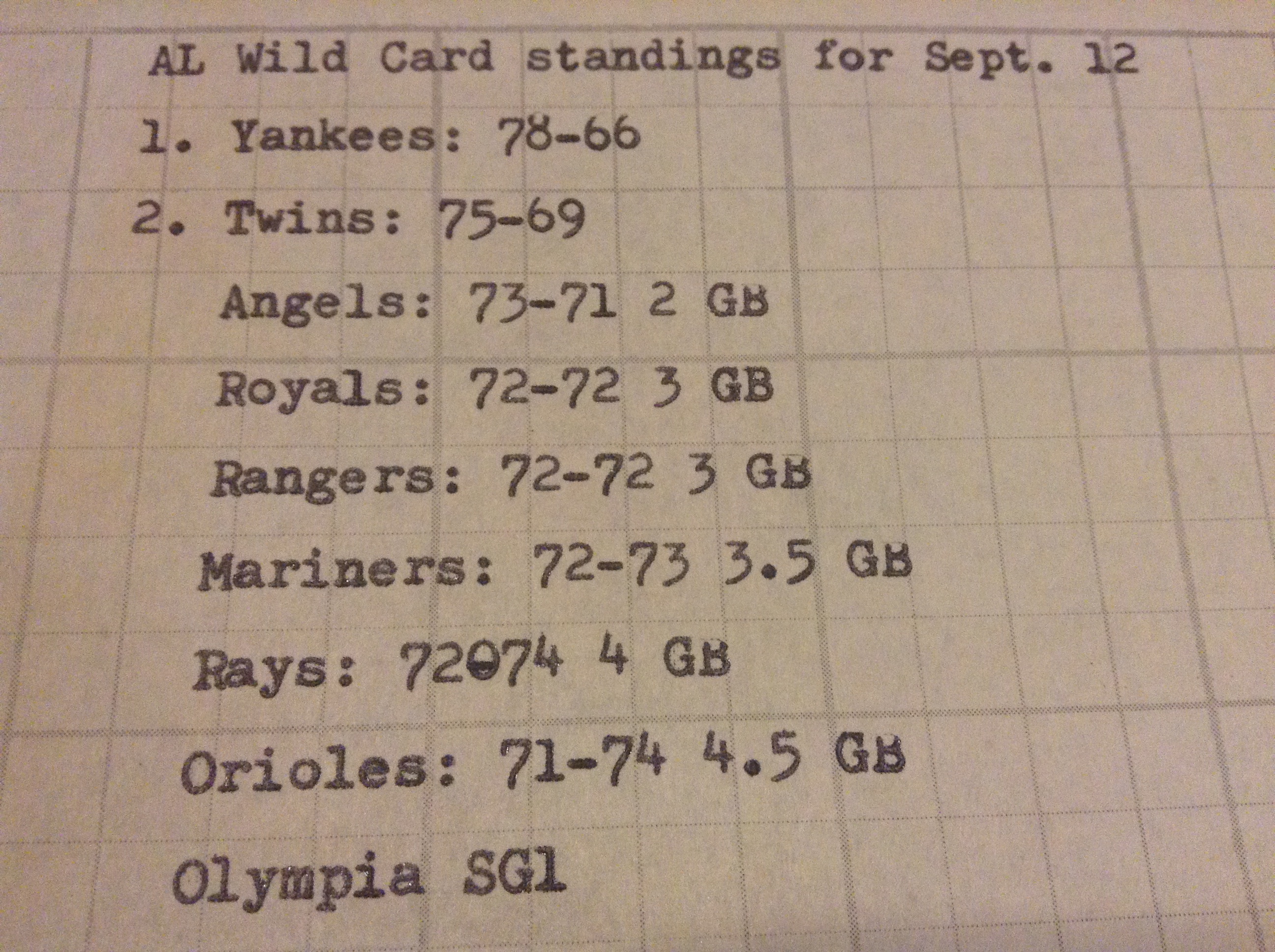