The Twins put up a fight in their Game 1 loss to the Boston Red Sox on Tuesday, but couldn’t overcome nine runs allowed through five innings, finally losing 11-9.

It was a long night for rookie pitcher Griffin Jax, who was handed a 3-1 lead — Max Kepler hit a first-inning leadoff triple — and then the game went quickly downhill from there. Jax allowed nine runs, all earned, on seven hits, including three home runs, over four-plus innings. He also walked four and struck out four.

The Twins actually outhit Boston, 14 to 11, and connected for five extra-base hits, including two home runs, but still couldn’t produce enough key hits when it mattered most. With runners in scoring position, the Twins were 3-for-14 and left nine men on base.

Bailey Ober gets the ball on Wednesday.

-Who hit the home runs? Jorge Polanco connected for No. 23 and Josh Donaldson hit his 18th.

-The Twins had won four straight series until they landed in New York. The team is now 54-71 and back in last place in the AL Central.

-The injury bug, which has plagued the Twins all season, rolls on. Pitcher Kenta Maeda is back on the injured list, and now there’s talk he might need surgery, according to MLB.com.

-Former Twins reliever Hansel Robles, who was traded to the Red Sox last month, closed out Tuesday’s win for Boston to earn his 11th save of the season.

-Old friend Jose Berrios, who made a sparkling debut for the Toronto Blue Jays after he was traded by the Twins, hasn’t pitched as well since the debut. He lost again Tuesday to fall to 8-7 with a 3.70 ERA.

-On Aug. 24, 1981, Kent Hrbek made his major league debut for the Twins at Yankee Stadium. In the top of the 12th inning, he hit the first pitch he saw from reliever George Frazier into the right field stands and the Twins went on to beat the Yanks, 3-2. according to Baseball-Reference.com. For the Twins, it made a winner out of reliever Jack O’Connor. Yankees reliever Frazier took the loss after Tommy John allowed only two runs over nine-plus innings. 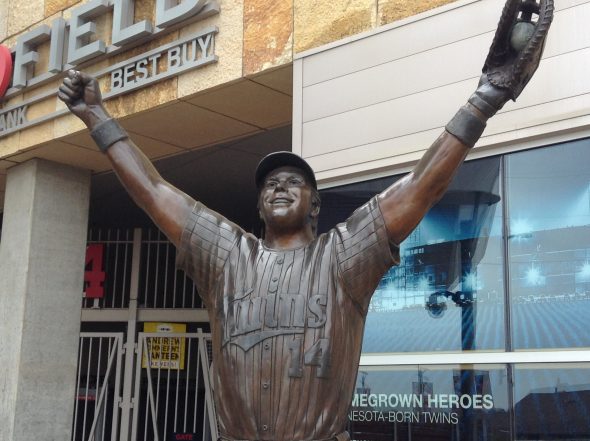