Can anyone spare a job for former Twins manager Ron Gardenhire?

Maybe I’m just too much of an old-school baseball fan because I can’t understand why Ron Gardenhire, the Twins former manager, is still without a job after the team let him go following the 2014 season. 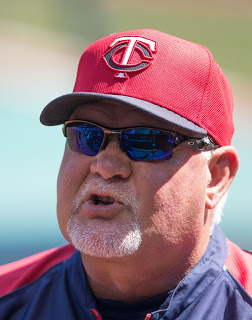 Gardenhire, after 13 seasons, left with a winning percentage of slightly better than .500 (1,068-1,039) and six division titles in his first nine seasons. He also was the AL Manager of the Year in 2010, but perhaps more impressive: he was runner-up for the same award five times.

His resume recently landed him interviews for managerial openings with the Washington Nationals and the San Diego Padres — and the Padres invited him back for a second look — but both jobs went to different people. Longtime manager Dusty Baker got the nod in Washington, while the San Diego job went to Andy Green, a former third-base coach for the Arizona Diamondbacks.

Twins Daily posed this question in a blog post — Would you hire Ron Gardenhire? — and then evaluated his strengths and weaknesses.

While Gardenhire had plenty of on-field managerial shortcomings during his tenure with the Twins — including being late to embracing strategy such as defensive shifts, platooning and effective lineup construction — being a relationship builder and running a clubhouse was never in question.

Gardenhire also apparently didn’t embrace the all-important world of analytics as its relates to baseball, according to Twins Daily, despite having a defender in Twins GM Terry Ryan.

“Gardy is up to snuff on analytics,” Ryan said.

Not sure whether a lack of success in the playoffs has hurt Gardenhire’s chances at another job — he got the Twins to the post-season in the first place, right? — but that’s one area of his tenure that fell flat.

He was 6-21 in the playoffs, including a number of I-don’t-even-want-to-remember losses to those all-mighty New York Yankees.

Still, Gardy deserves a crack at leading another team.