Gardy is back! But not with the Twins…

Ron Gardenhire, American League Manager of the Year in 2010, a five-time runner-up for the same award, and who managed the Twins to more than 1,000 wins over 13 seasons, is back in the dugout.

But it’s not with the Twins. Gardy has landed a job as bench coach for the Arizona Diamondbacks where he will work alongside new manager Torey Lovullo. Twins fans should pay attention to this tandem.

If the Diamondbacks turn things around next season, Twins fans may begin to wonder what might have transpired for the Twins had Gardenhire never lost his job. Or, if Lovullo had been hired instead of Paul Molitor, who had a winning season in his first year as manager of the Twins and then a disastrous 103-loss season in his second year.

That’s right: Lovullo was in the running for that managerial opening in Minnesota. Instead, he stayed with the Boston Red Sox. Working alongside manager John Farrell, he helped the club win and return to the postseason. There are even those who think Lovullo should have replaced Farrell as manager.

-The only member of the Twins who had a chance to pick up a few votes during awards season was second baseman Brian Dozier — and he did just that on Thursday after the AL MVP award was announced. Dozier hit 42 home runs this past season and set a new AL home run record for second baseman. The winner was Mike Trout of the Angels, who won the MVP award for the second time in his career.

-One more thing about Gardenhire: As manager of the Twins, he won the AL Central title six times.

(Let me try this again. One thing I’ve learned about using a manual typewriter: Just when you think you’ve avoided yet another typo, you haven’t). 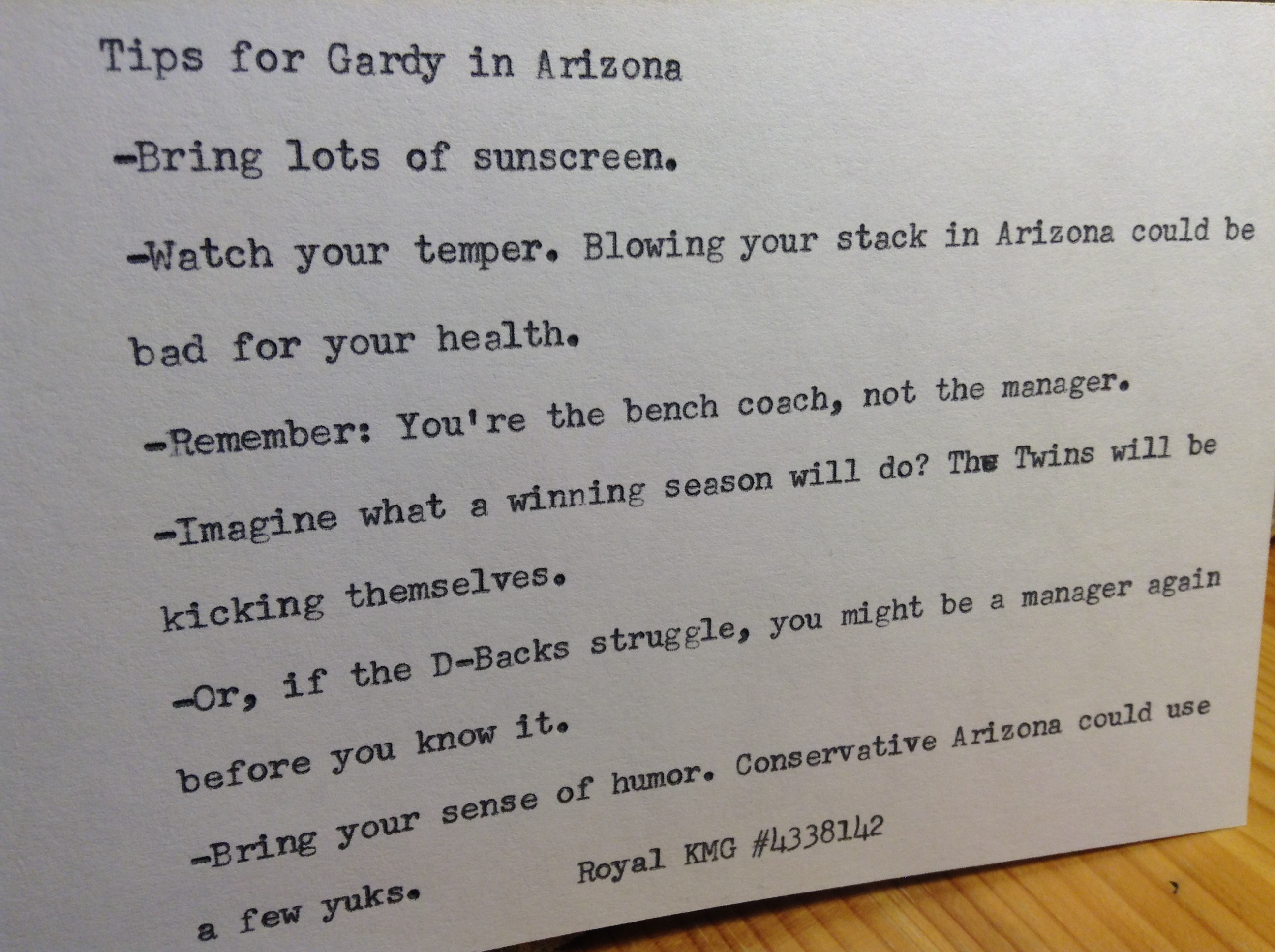