How many designated hitters do the Twins really need?

The Twins probably have generated more speculation than actual news this off-season, and that continued with two recent stories. One, by Jon Heyman, makes the convincing argument that former Cleveland Indian Mike Napoli would be a good fit for the Twins, while the other by Mike Berardino, citing an unnamed source, says the Twins are interested in bringing back former AL MVP Justin Morneau.

I’m left wondering: Do the Twins really need that many designated hitters?

If both were to sign with the Twins, they would join Joe Mauer, Byung Ho Park, Robbie Grossman and Kennys Vargas as Twins who already get at bats as designated hitters. By my count, that’s six players. And if Miguel Sano doesn’t work out at third base, make it seven. Then what do the Twins do?

How do any of them get enough playing time to make significant contributions? As much as I would like to see Justin Morneau reunite with his old club and for Mike Napoli to hit 30-plus home runs for the Twins, I don’t see how the puzzle pieces fit.

Or maybe it works this way: Park and Vargas start the season in the minors, allowing Napoli to fill the every day DH slot, while Mauer plays first base and Sano is left to make a go of it at third base. That leaves Morneau to spell Napoli, with Grossman filling in at DH when he isn’t in the outfield.

Or maybe Falvey & Co. have something else in mind, like a mid-season deal that sends Brian Dozier, Napoli and Morneau — Napoli and Morneau seem perfectly disposable to me (sorry, guys) — in exchange for not one pitching prospect but several.

Or maybe this is just more speculation. 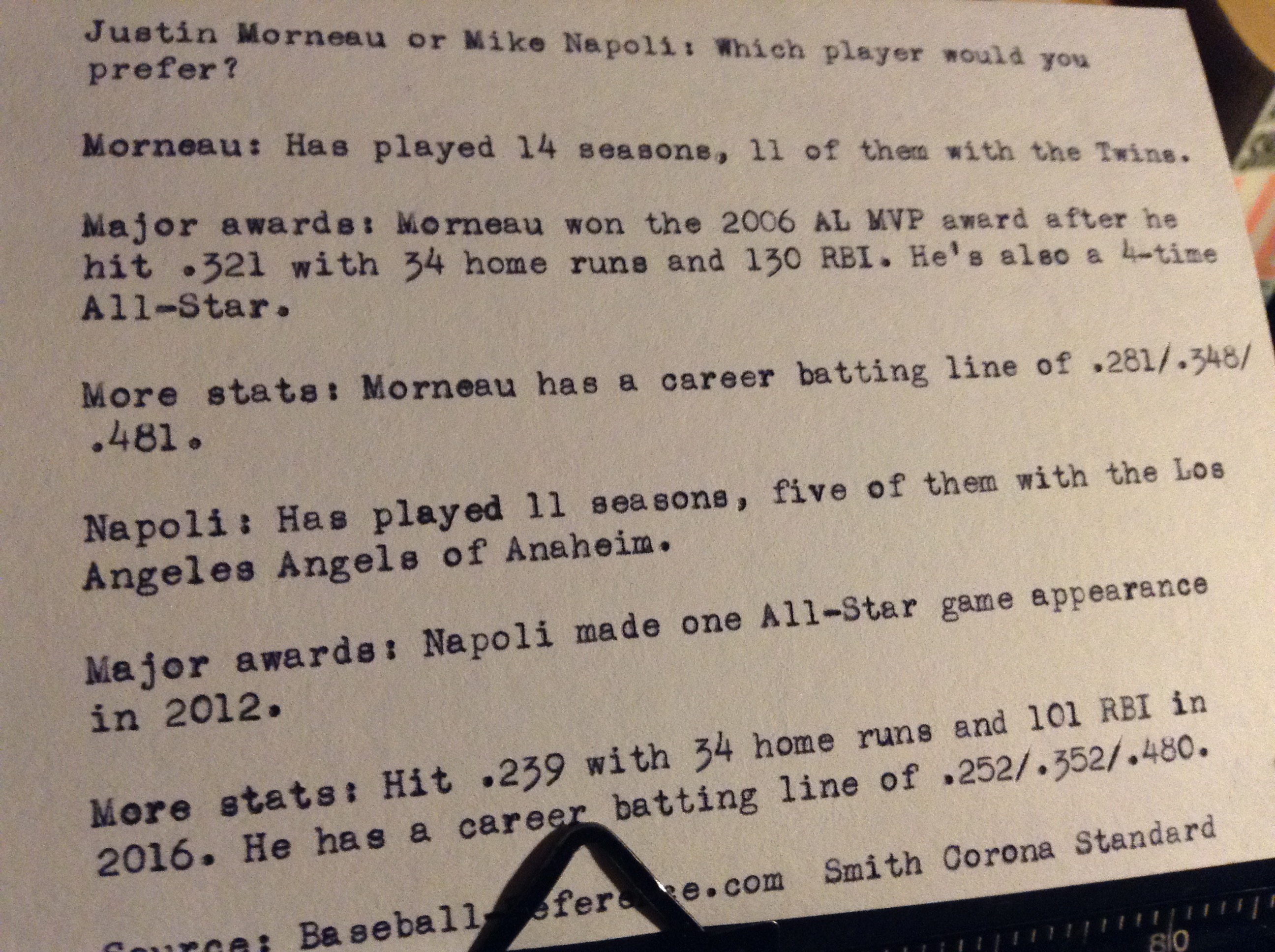