Korean slugger Byung Ho Park, who was designated for assignment by the Twins on Friday, has won the support of some baseball writers who say he should not be overlooked.

The folks at FanGraphs have crunched some numbers in two statistical categories: Barreled balls and the average exit velocity of fly balls and line drives, which show that Park ranked among the top 10 in both areas.

Dave Cameron at FanGraphs writes that he expects Park to be picked up by another team, given the relative size of his contract. Pitcher David Price of the Boston Red Sox will earn $30 million this year, while Park will take home around $3 million.

“Given the minimal salary commitment, I can’t imagine Park is actually going to clear waivers,” Cameron writes. “$3 million per year is nothing in this day and age…”

By another measure, he had a 33 percent strikeout rate in 244 plate appearances, according to MLB Trade Rumors. And, after 62 games with the Twins last year, he didn’t fare much better at Triple-A Rochester, hitting .224 with 10 home runs.

“Park probably fits better on a team that doesn’t already have a Kennys Vargas to DH, or a local hero making $23 million a year at first base,” Cameron writes. “The power makes him worth another shot, and given the state of several teams 1B/DH positions, I’m pretty sure the Twins will find someone to take the rest of Park’s contract off their hands.” 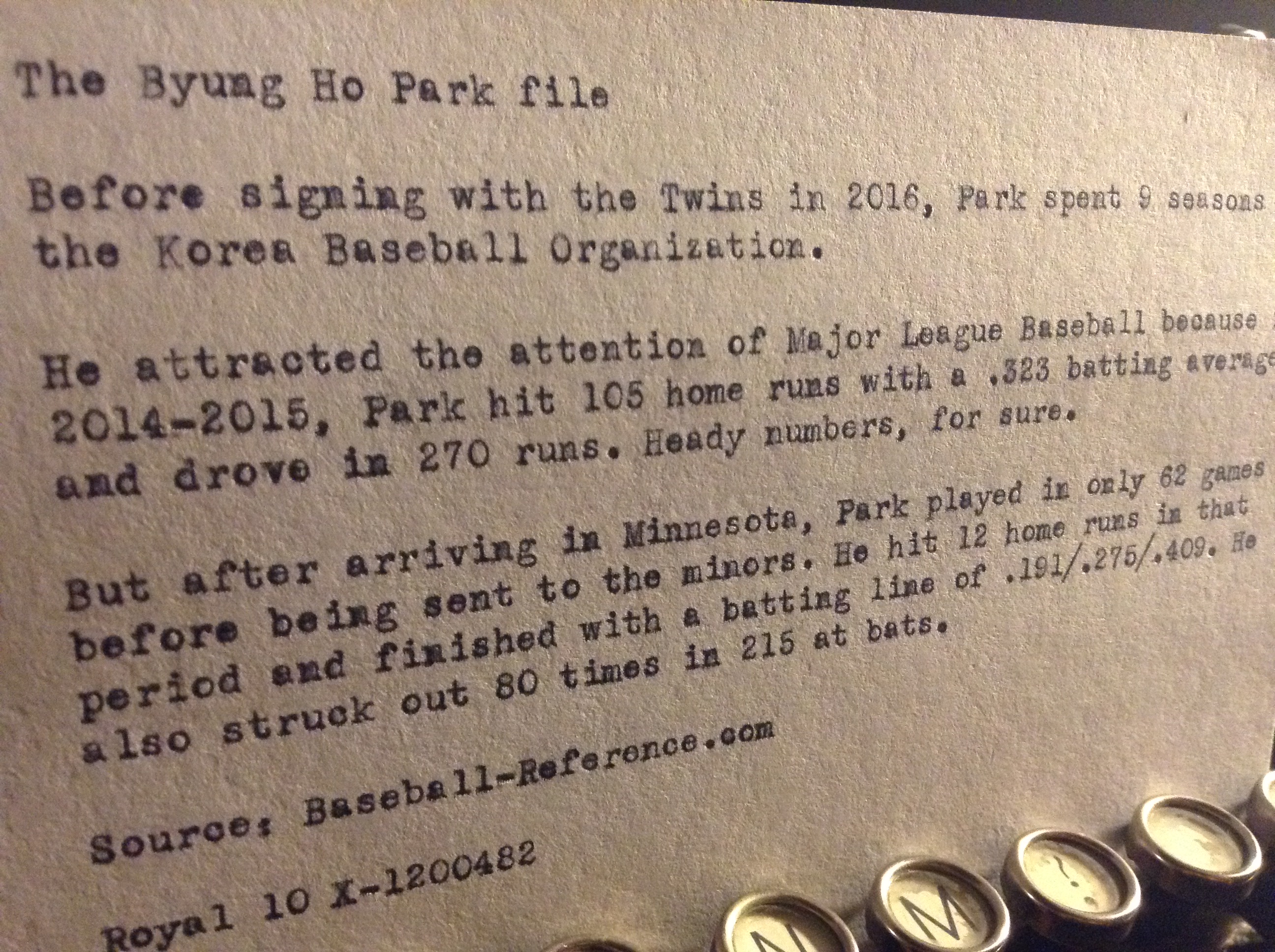