The Twins have lost their first two games of spring training, which would normally be completely unremarkable, except that the Twins coughed up the worst regular season in franchise history last season with 103 losses.

In other words, I’m ready for change (aren’t we all?) and signs of improvement from a team that has a new front office, new coaches, some new advisers (Torii Hunter, Michael Cuddyer and LaTroy Hawkins) and a few new players, including free-agent catcher Jason Castro.

But Saturday’s loss to the Boston Red Sox looked awfully familiar. The Twins got their share of hits against the Red Sox — and they managed to do that last season as well — but the pitching didn’t look too sharp. And if you had the worst team pitching in the American League last year, well, then, this is the area that needs the most work. I wish I could say Saturday’s game reflected change.

Pitcher Phil Hughes, who missed most of last season due to injury and to have a rib removed, gave up two runs in two innings; Ryan Vogelsong got knocked around pretty good, surrendering three runs and two walks in less than an inning; and Ryan Pressly got tagged with the blown save. J.T. Chargois finally took the loss and the Twins fell short, losing 8-7. If there was a bright spot, it was pitcher Adalberto Mejia, who came over from the San Francisco Giants last season. He was credited with a hold in Saturday’s game.

Meanwhile, Byung Ho Park, the Korean slugger who blasted 105 home runs in two seasons in South Korea, appears to be playing with some new determination. During the offseason, Park was designated for assignment, cleared waivers and was invited to spring training. If he doesn’t make the club, he starts the year at Triple-A Rochester.

Yet in the first two games of spring, Park has three hits, including a double and home run. It would be great to see Park live up to his advanced billing and make the team.

But maybe a terrible spring is exactly what the Twins need. Last spring, they finished with a record of 19-11, one of the best records during Grapefruit League play. Then they went on to lose 103 games. So, if they underperform in March, do they win the World Series? 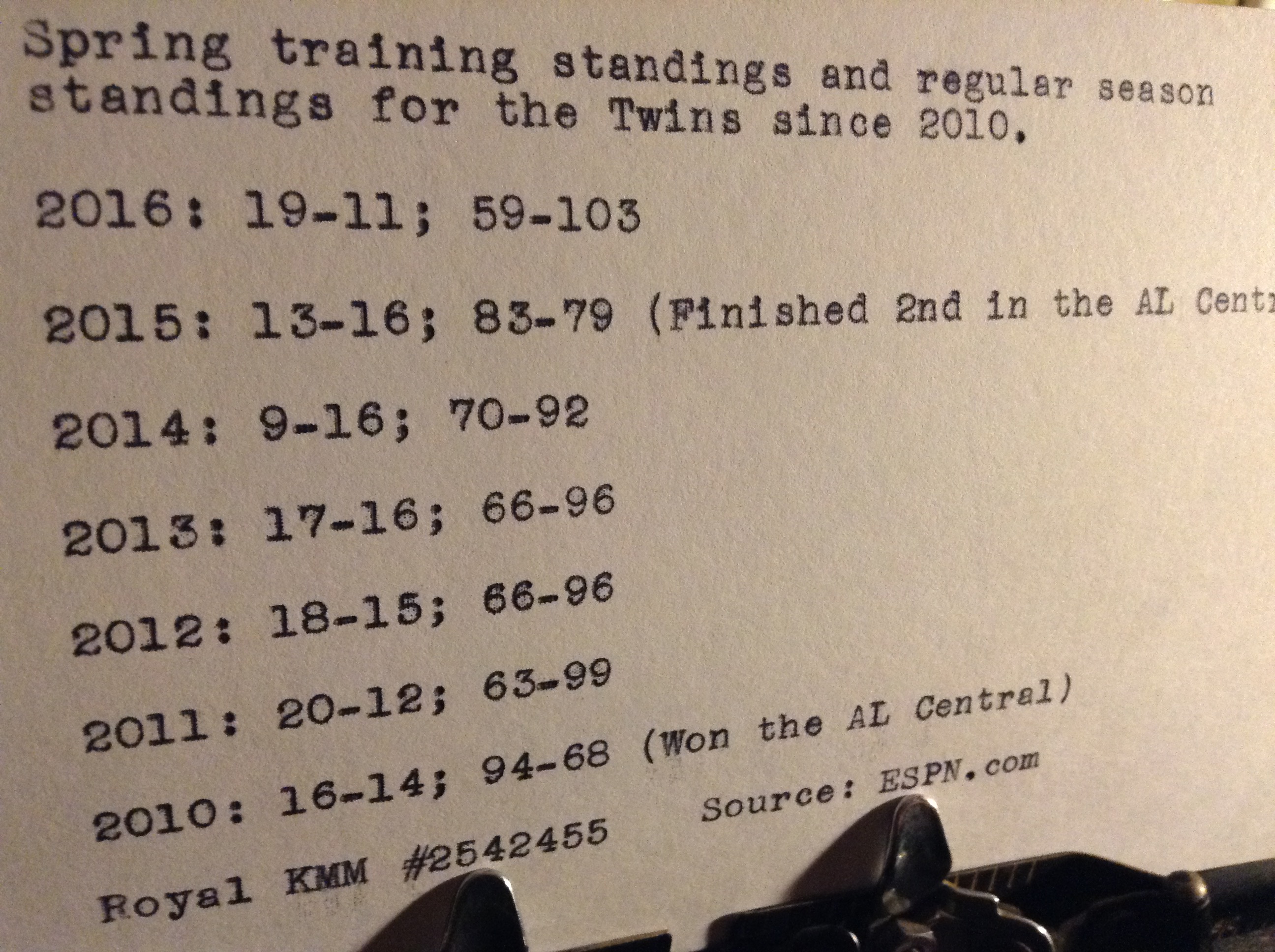