Ryan Vogelsong, Matt Belisle and now 36-year-old reliever Craig Breslow has signed a minor league contract with the Twins, according to multiple reports.

For Breslow, it’s his second stint with the Twins after he pitched for the club in 2008-2009. Breslow has found enough success to eke out an 11-year career with seven teams. He last pitched for the Miami Marlins, and before that spent four seasons with the Boston Red Sox. In 2013, he appeared in 61 games for the Red Sox and compiled a record of 5-2 with a 1.81 ERA. He has a career ERA of 3.35.

His overall numbers aren’t bad, but he also hasn’t shown the best control in his career. Breslow has averaged nearly four walks per nine innings, according to Baseball-Reference.com.

The other issue is age. Far be it from me to be critical of someone’s age because I’m 48. But in the world of professional athletics, you’re much closer to the end of your career in your 30s than the start of it. Reliever Belisle is also 36 and starting pitcher Vogelsong is 39.

In reporting the Breslow deal (which was first reported by Ken Rosenthal), MLB Trade Rumors seized on comments that Breslow wants to be able to “function as a force against left-handed hitters.”

That’s great. But after reading Rosenthal’s interview with Breslow, I think I’m more impressed and encouraged by what he had to say about Twins Chief Baseball Officer Derek Falvey.

“I think (Twins chief baseball officer) Derek (Falvey) is a really engaging and bright guy with a great vision for the organization. I’ve got no doubt that he’ll be able to be able to bring sustained success. The opportunity to be part of that at this stage of my career is one that is really compelling.” 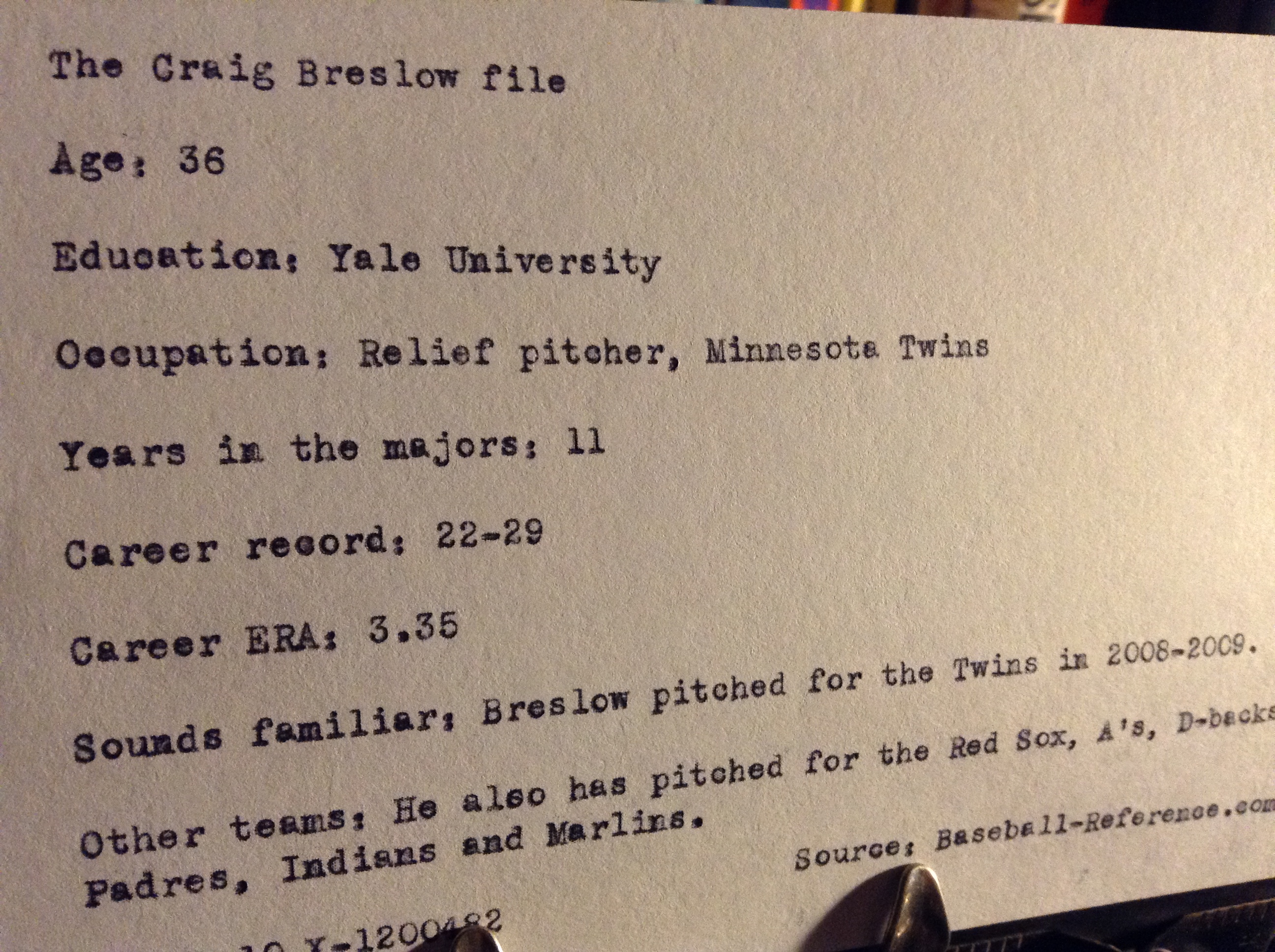