All our hopes and dreams may be realized, Twins fans

The hopes and dreams of Twins fans around the world (well, maybe) were lifted immeasurably on Wednesday after top pitching prospect, Adalberto Mejia, took the mound and dominated over three-plus innings of work.

The big lefty struck out eight St. Louis Cardinals, while giving up only four hits, en route to a 8-0 win. Behind the plate, Jason Castro, the free agent catcher signed by the Twins for his ability to handle pitchers, including pitch-framing skills. No doubt Mejia is a talented pitcher, but if Castro can harness some of that raw ability, then I’m ready to declare that things are looking up for the Twins.

Meanwhile, the Twins banged out nine hits, including extra-base hits from Joe Mauer, Max Kepler and Byron Buxton. How perfect is that? Good pitching, backed up by hits from veterans and newcomers alike.

Adalberto Meija recorded 8/11 outs via Ks: "I try to do my job and get outs. Obviously, today was different. Today was a good day."#MNTwins

Molitor on Mejia/No. 5 spot: "There’s a lot of competition. I was looking forward to seeing what he could do. So far he’s done a nice job." 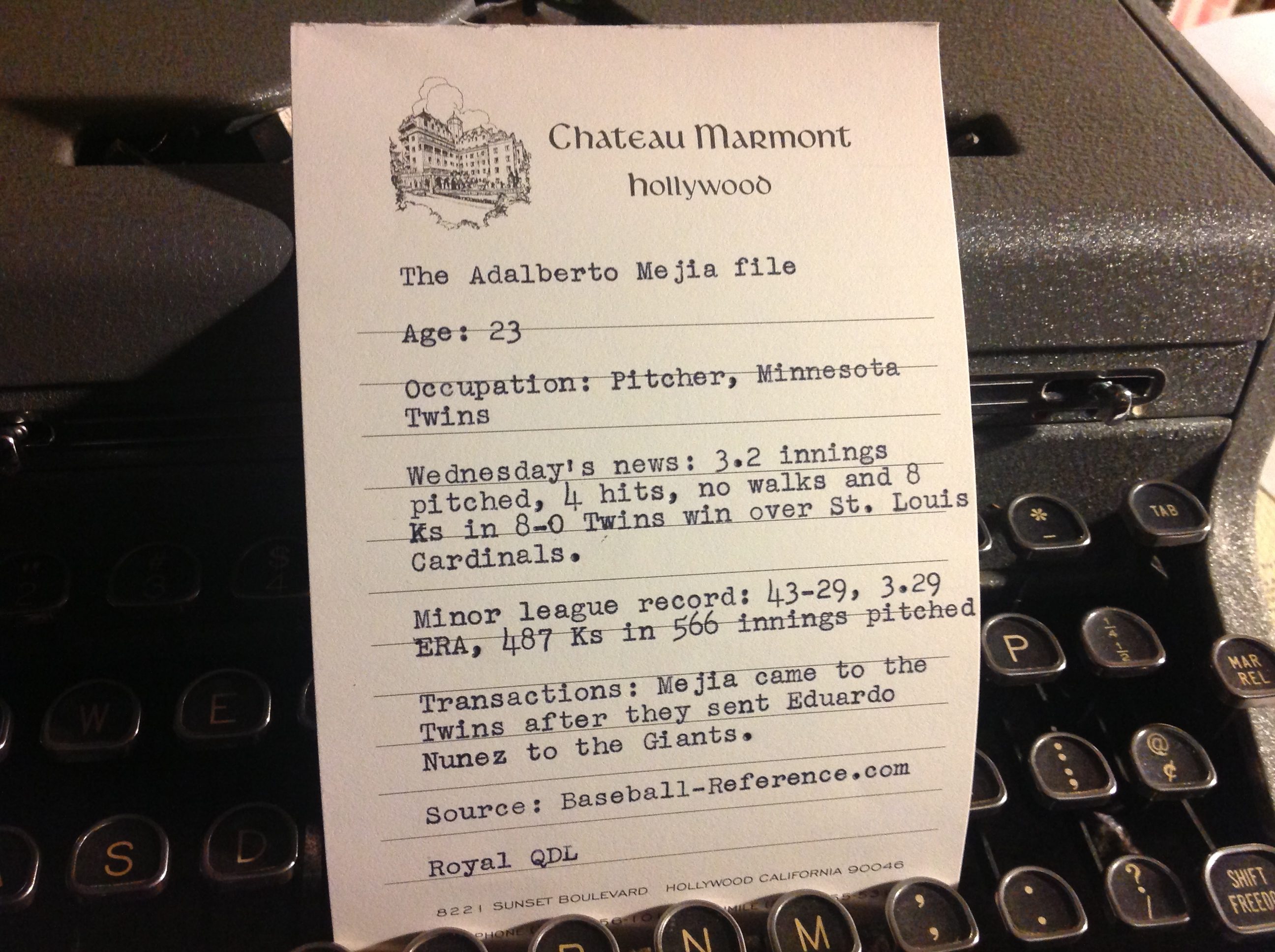