Something that resembles the Twins rock Red Sox

The Twins had their most convincing win of spring training on Saturday after they banged out 15 hits and scored nearly as many times to win 13-0 over one of the richest teams in baseball — the Boston Red Sox.

Perhaps more encouraging was that the Twins won big with a lineup that likely will play most of the season. In other words, the regulars got their shot on Saturday and they didn’t disappoint.

Joe Mauer singled, Miguel Sano had two hits, including a triple and Robbie Grossman had two hits as well, including a double. Jorge Polanco hit two doubles, Jason Castro hit a double, too, and Danny Santana singled. Meanwhile, the springtime surprise continues to be Byung Ho Park, who also doubled. He’s hitting .400 with eight hits and three home runs, both of which lead the team.

After Saturday’s win, the Twins improved to 8-4 in Grapefruit League play.

Pitcher Trevor May, who hails from Washington state, likely will miss the 2017 season after he was diagnosed with a torn ligament in his elbow. He will get a second opinion on his injury, but season-ending Tommy John surgery is a possibility, according to MLB.com.

May, who worked out of the bullpen last season, was competing for a spot in the starting rotation. The right-hander throws hard and gets his share of strikeouts, but the power pitcher also, at times, struggles with his control. His career numbers: 13-17, 5.14 ERA, 65 walks and 214 strikeouts in 203 innings pitched.

Sometimes you work and work, and life roudhouse kicks you in the face anyways.

Good thing my jaw is made of titanium. 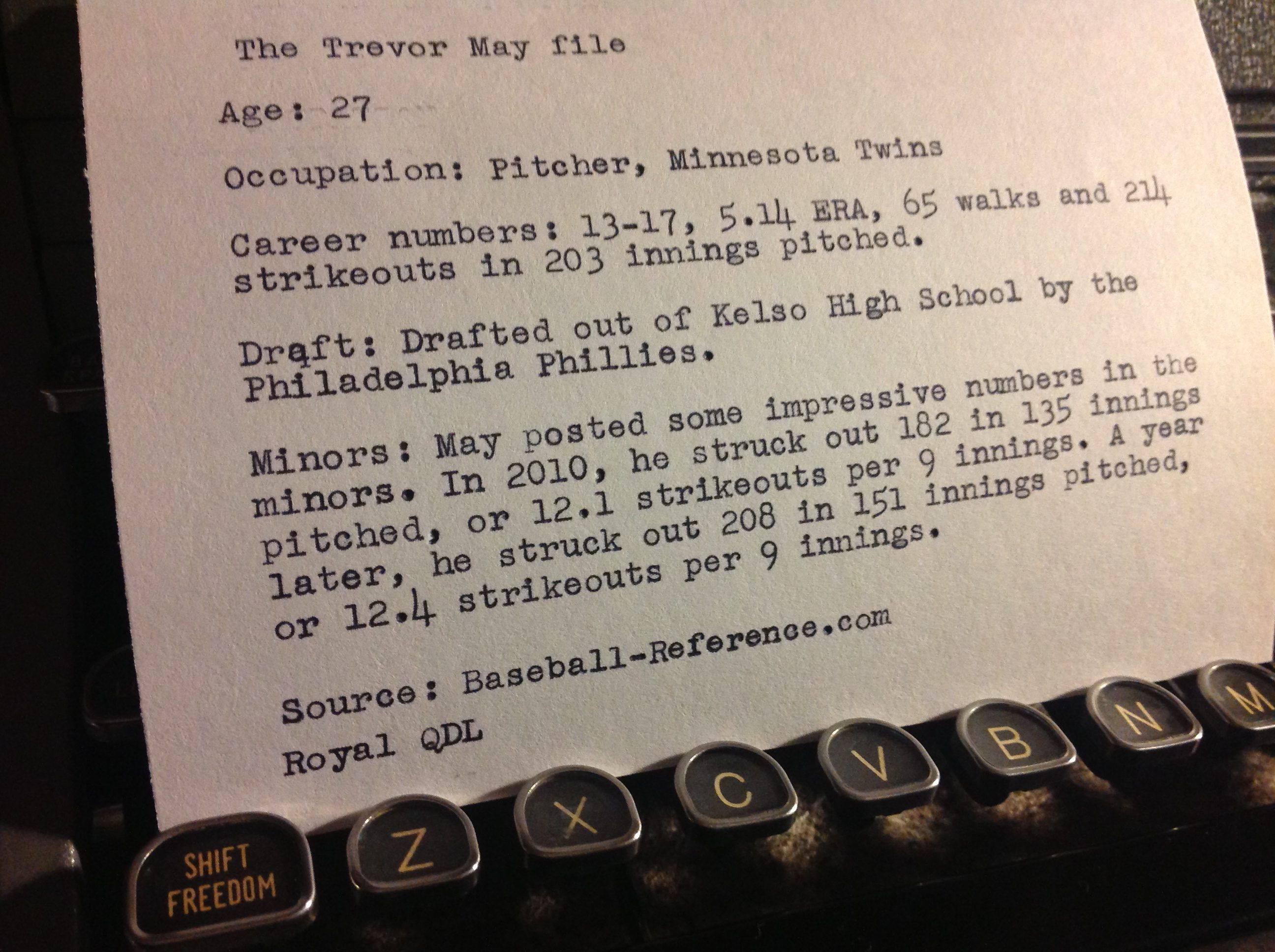