Korean slugger Byung Ho Park appears determined to return to the Twins based on his play so far this spring. Park, who struggled last season and eventually was sent to the minors, has three extra-base hits, including two home runs.

As for how well the rest of the Twins are playing, it was hard to tell Tuesday after the team got stomped by the Tampa Bay Rays and lost 19-0. Earlier in the week, I said I would try to not read too much into spring training results. After Tuesday’s loss, I find myself saying, “Thank God it’s spring training.”

Twins pitching got shelled, including starter Hector Santiago, who gave up five earned runs in one inning. And the Rays were just getting started. Also hit hard: Tyler Duffey, Felix Jorge, Matt Belisle and J.T. Chargois.

Meanwhile, the Rays pitched like the 1971 Baltimore Orioles, with six hurlers nearly combining to pitch a perfect game until Neil Wagner surrendered three hits and a walk.

The Twins line when it was all over? No runs, three hits and one error. The Rays? 19 runs, 23 hits and no errors. They also hit five home runs, including a grand slam. Ouch. 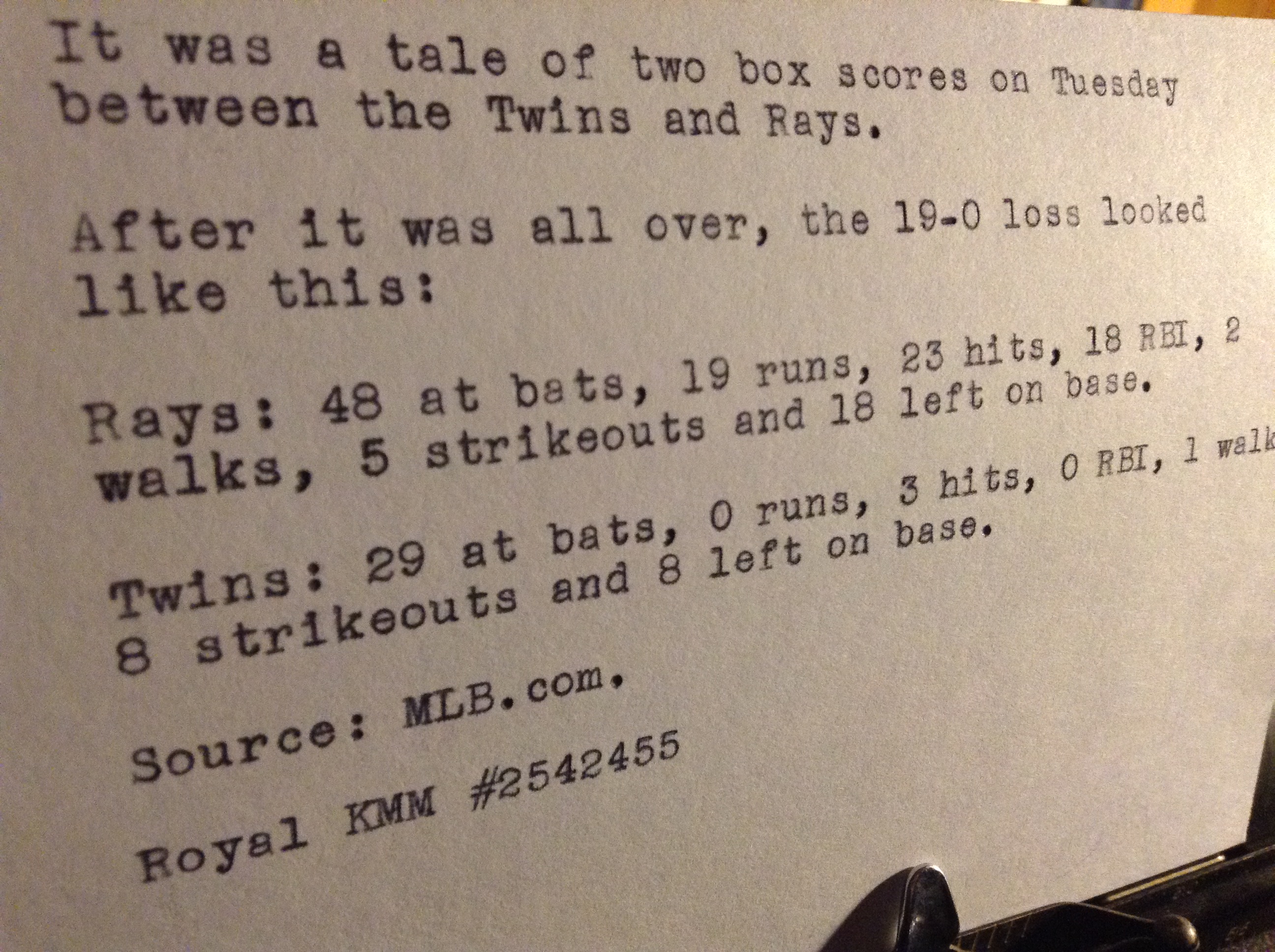