The Twins improved to 5-1 on Sunday after their 4-1 victory over the Chicago White Sox at Guaranteed Rate Field (Ugh). It’s the best start for the Twins in years and yet the question remains: How are they doing it?

Of course, I’m pleased with the results and want them to win, but this team is largely unchanged from the team that coughed up 103 losses last season. Same hitters, same pitchers, same bullpen and same manager and yet these Twins look nothing like the team that stumbled out of the gates in 2016.

Suddenly, they can pitch and play defense, and while they’re not blasting home runs like they did last season, they are showing much more patience at the plate. That has led to 28 walks as a team, second best in the American League, according to Baseball-Reference.com.

Some of this improvement probably can be attributed to free agent Jason Castro and his pitch-framing skills, which have helped both starters and relievers. Ervin Santana has an ERA of 0.69, while the bullpen has given up only four runs all season.

After that, Chief Baseball Officer Derek Falvey, General Manager Thad Levine and Assistant GM Rob Antony, otherwise known as Falvey & Co. (at least on this blog), surely deserve some credit for the club’s improvement. Former longtime Twins GM Terry Ryan was swept out of office last season and in came Falvey & Co. (Antony was a holdover from the Ryan administration), ready to make data-infused decisions to help the Twins. How analytics have been applied is not clear, but certainly it’s at work in some capacity. And if the winning continues — and let’s hope that it does — Major League Baseball will have no problem selecting the Executives of the Year in the American League.

-Much is going right for the Twins in the early part of the season, except for the talented Byron Buxton and his struggles at the plate. Buxton can’t get a hit and is striking out a bunch, but stays in the lineup because he can play center field with the best of them. I wish the Twins would let him find his stroke by encouraging him to bunt so that he can get on base. With his speed, he’ll beat the throw to first base every time. 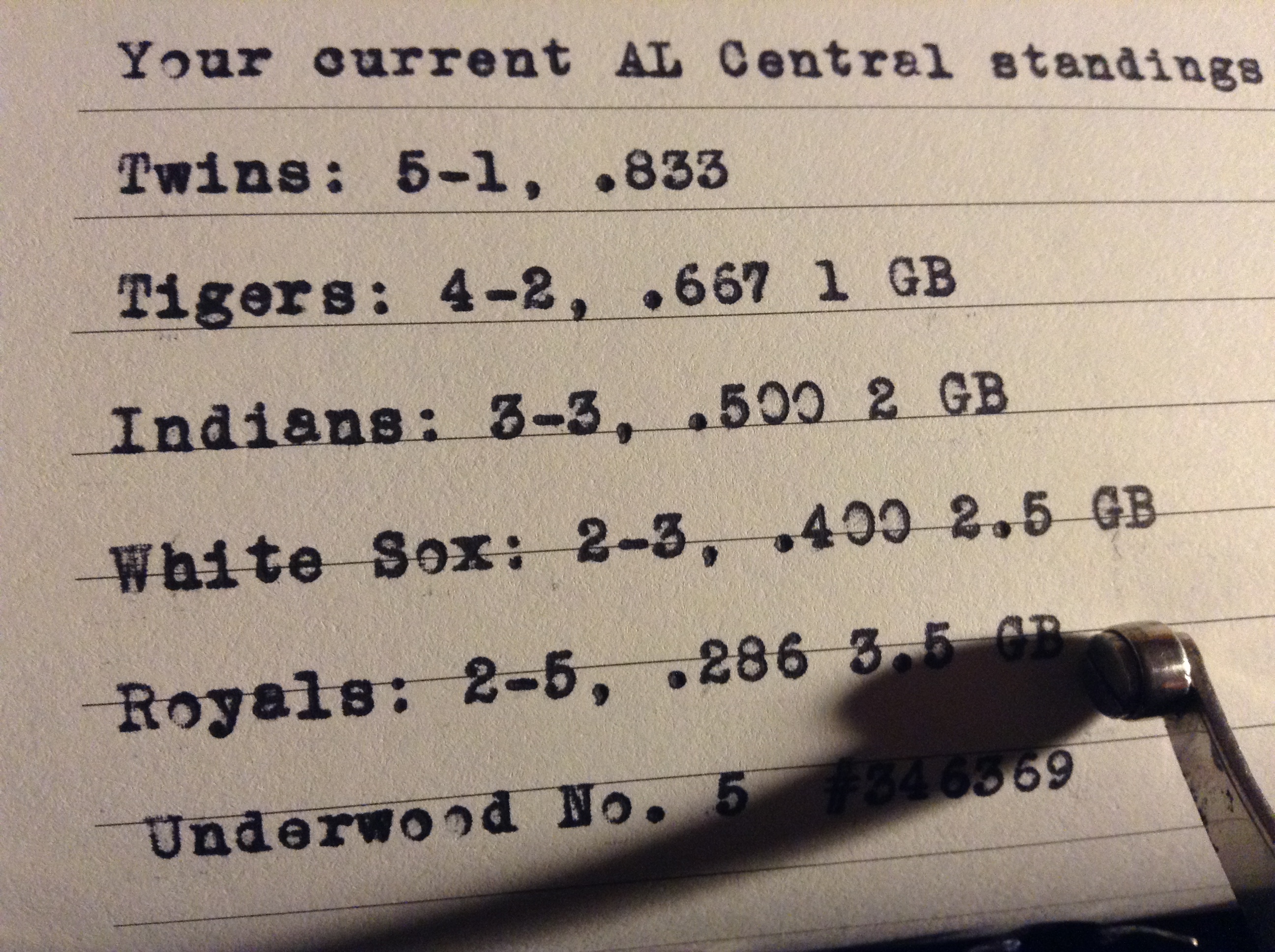