Twins fall to .500 after loss to Tribe

I guess it was too much to ask to think that the Twins could sustain their 5-1 start and somehow win the division, the American League championship and the 2017 World Series. After all, this is essentially the same team that took the field last season and lost more than 100 games.

After that great start, the Twins suddenly find themselves playing like last year’s team. They are 3-7 in their last 10 games, including an 11-4 loss to the Cleveland Indians on Tuesday. Until then, the pitching had been sharp, even in games in which the Twins lost.

But Tuesday’s loss was an all-too familiar case of lousy pitching and defense. Phil Hughes wasn’t sharp and lost his first game of the season, but he also didn’t get any help from outfielder Max Kepler who goofed on a fly ball and allowed the Indians to score in the top of the first inning. The Twins never recovered and fell to 7-7 on the season. Here’s the good news: Every team in the American League Central is at .500, with the exception of the Detroit Tigers. But the Tigers aren’t running away from anybody at the moment because they lead the rest of the division by one game.

Some other bright spots:

-Hector Santiago has pitched well, too. Santiago, who came to the Twins in exchange for Ricky Nolasco, is 1-1, but has a 1.47 ERA.

-The bullpen has largely been sharp. Brandon Kintzler, Tyler Duffey and Taylor Rogers have yet to surrender a run.

Some areas that need work:

-Kyle Gibson is 0-2 with an ERA of 6.91. Gibson is not the pitcher of the future for the Twins, which makes me wonder if Falvey & Co. are working the phones.

-The Twins aren’t hitting all that well. They have a team batting average of .240, which places them in the middle of the pack for all 15 AL Central teams.

-Outfielder Byron Buxton, who caught fire at the plate late last season, has yet to find that spark this season. He has struck out 23 times in 47 at bats and is hitting .085.

-Say it ain’t so, Joe. Joe Mauer is no longer the player he once was. He’s hitting .216 so far this season. 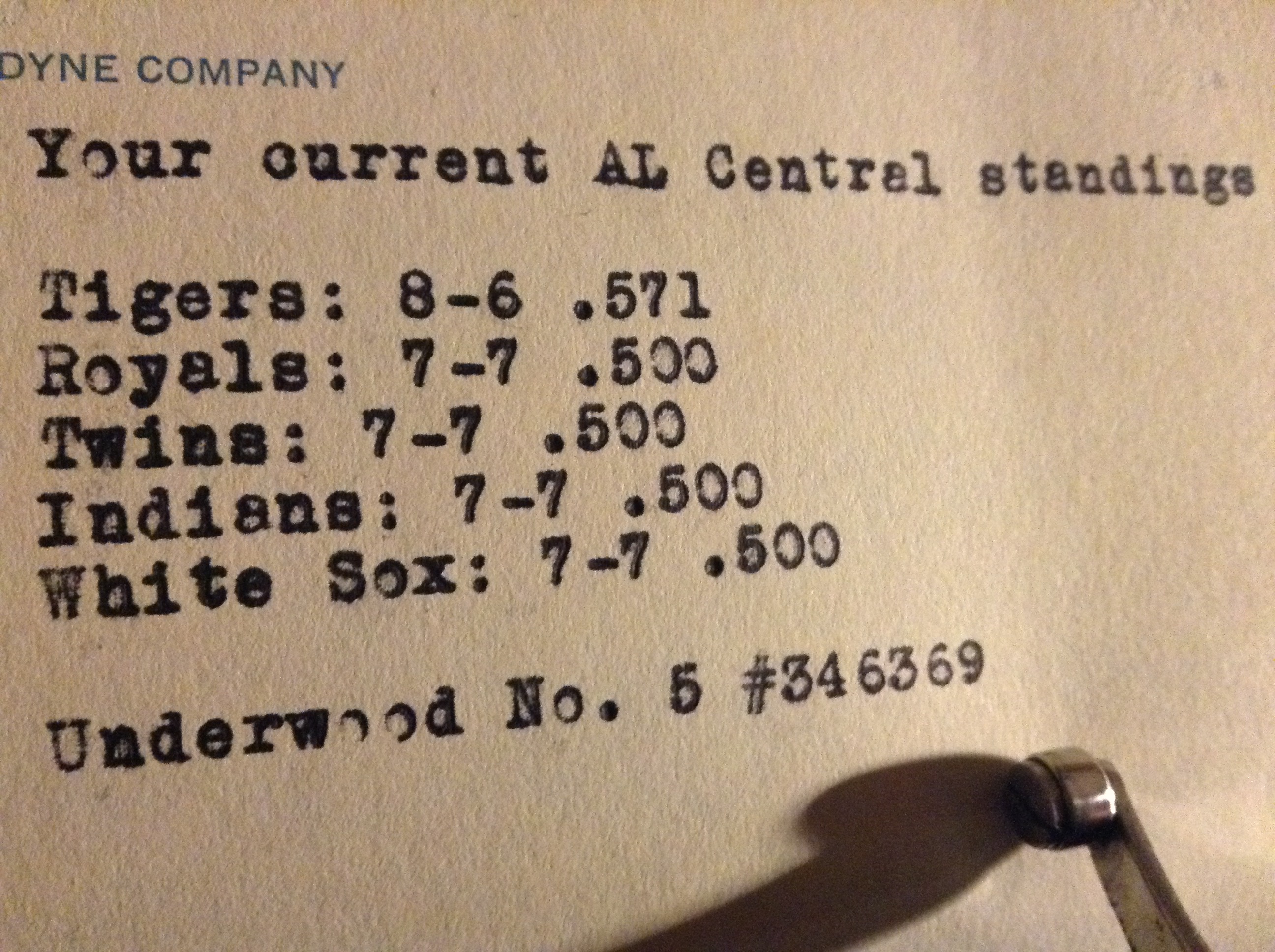