Twins win! And snap a long losing streak in the process

All is well in Twins land. They won on opening day for the first time since 2008, they won’t start the season 0-9 like last season and maybe, just maybe, free agent catcher Jason Castro will be the team’s saviour after all.

Castro, working with starter Ervin Santana, limited the Kansas City Royals to one run over seven innings, and also contributed two hits and a walk to fuel a decisive 7-1 victory over a team that has dominated the Twins of late.

Miguel Sano also hit his first home run of the season and, perhaps more important, didn’t commit an error; and although Byron Buxton struck out three times, he made two diving catches in the outfield, flashing the leather with the best of them.

If there was any concern, it’s that the Twins still are striking out a lot. As a team in Monday’s game, they struck out 11 times, but also drew seven key walks, including two from Robbie Grossman, who continues to show an ability to work pitching counts in his favor.

Some reaction to Monday’s win: 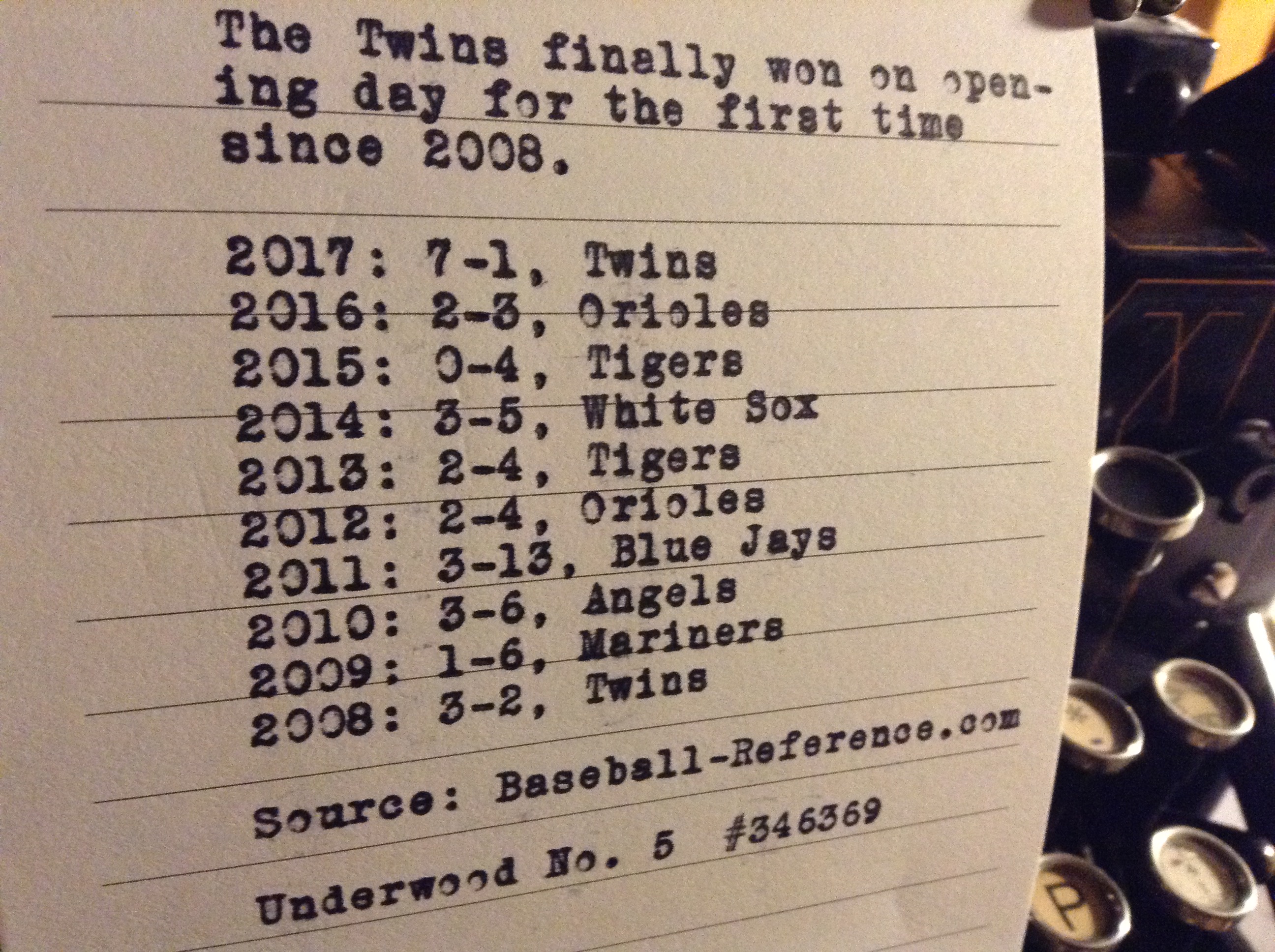