Nick Tepesch, the starting pitcher who filled Kyle Gibson’s spot in the rotation, might be joining Gibson at Triple-A Rochester after Saturday’s ugly loss to the Boston Red Sox.

The Twins were blasted 11-1. To make matters worse, the game was effectively over after the Twins gave up eight runs in the second inning. Tepesch lasted all of five outs before he was pulled in favor of long relief. He gave up seven runs on five hits, including a home run, but was charged with only one earned run because of an error in the field. After Saturday’s performance, I’m not sure Tepesch has earned himself another start.

-The Twins took the first game of their three-game series with the Red Sox on Friday and will try and win the series on Sunday. Phil Hughes pitched well in that game, but did not get the decision. Even better: Joe Mauer hit the first walk-off home run of his 14-year career to beat the Red Sox, 4-3. 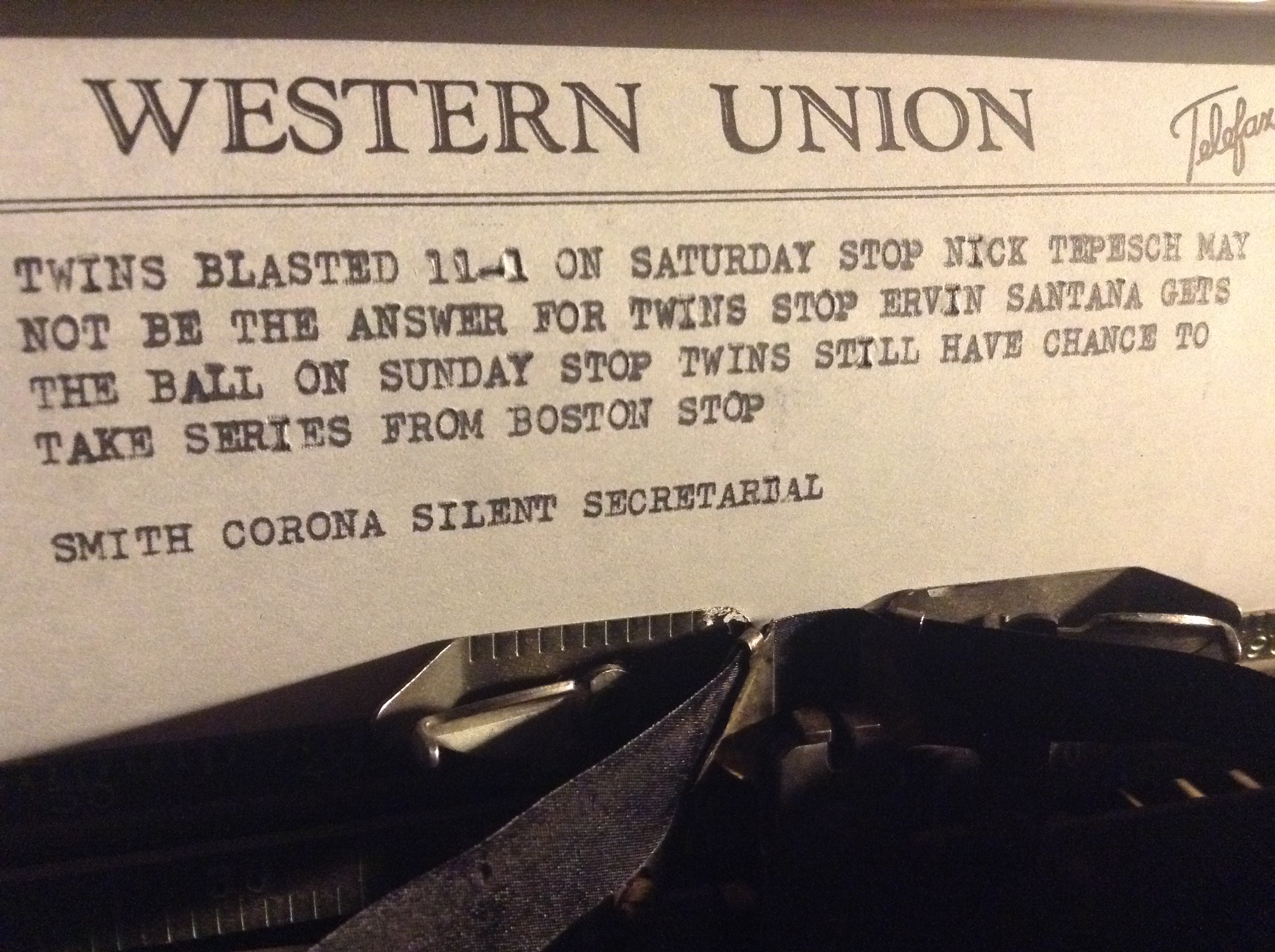