So-so pitching gets plenty of support from Miguel Sano

Starter Phil Hughes did just enough to win and Miguel Sano supplied the offense on Sunday with three hits, including his 7th home run, to beat the Kansas City Royals, 7-5.

Sano also had 5 RBI on Sunday to give him 9 RBI in two games versus the Royals, plus a total of five hits with two home runs. He’s now hitting .316 on the season and seems to be settling in nicely to his every day role at third base and in the lineup. Looks like we can expect big things from him this season.

Hughes, meanwhile, improved to 4-1 on Sunday, yet I’m not sure how much longer the winning will continue with an ERA of 5.06. Hughes gave the Twins five-plus innings, but he also gave up 10 hits and four runs, with no walks and four strikeouts.

-What a reversal of fortune for the Royals. The Royals dominated last season, finishing the year with a 15-4 record versus the Twins. This season the Twins are undefeated in five games against the Kansas City team. The Royals also have lost nine straight and sit in the cellar in the AL Central with a record of 7-16.

-Did Kyle Gibson do enough to remain in the rotation after his last start on Friday? I’m not sure he did. He gave up three runs over five-plus innings with three walks, one strikeout and surrendered one home run. He left the game down by three runs, but the Twins rallied for a 6-4 victory. Gibson did not get a decision. He remains 0-3 on the season with an 8.06 ERA. Batters are hitting him at a .326 average, according to MLB.com.

-Ervin Santana gets the ball at home on Tuesday versus Sonny Gray and the Oakland A’s. 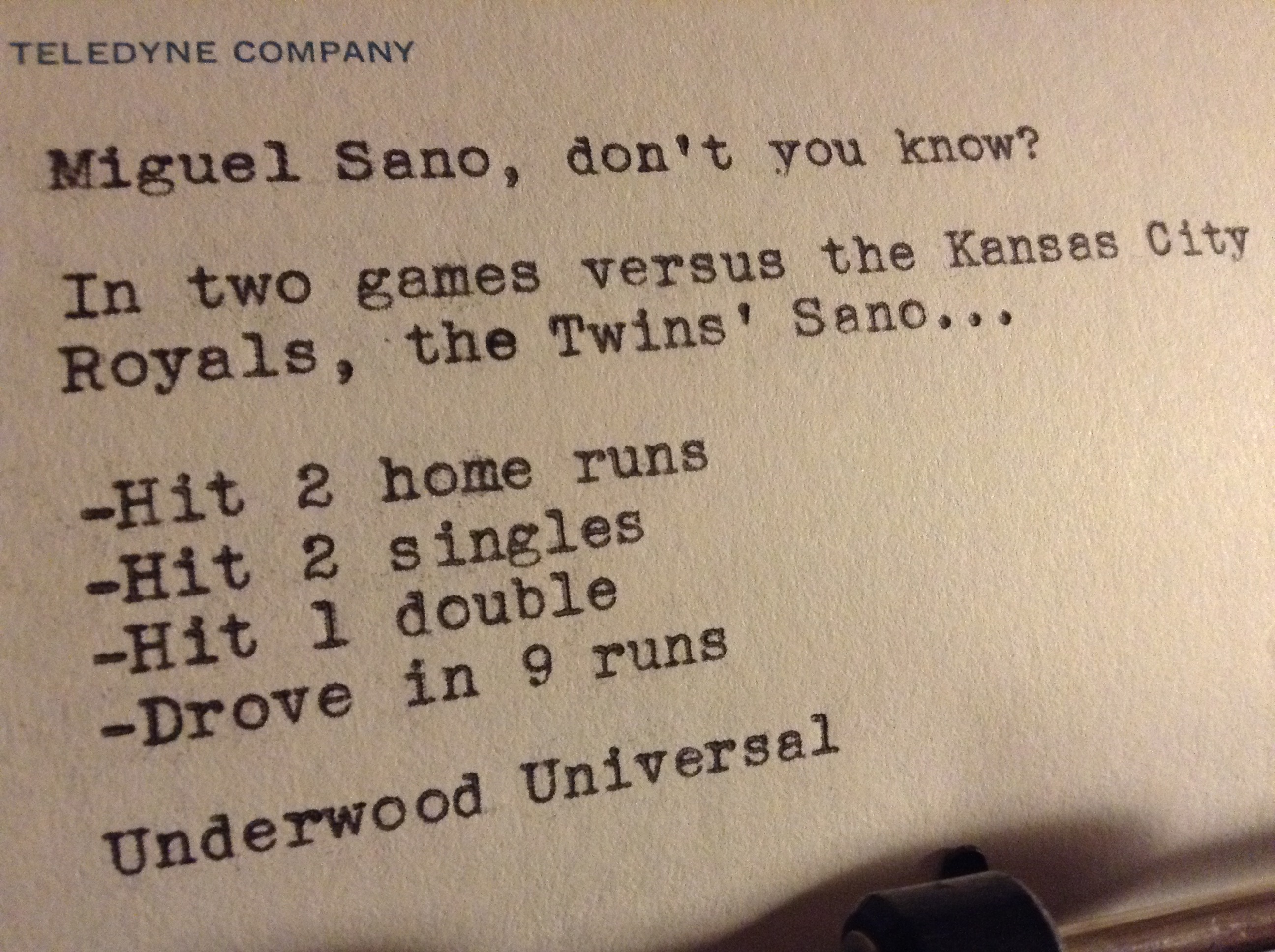