The Twins couldn’t complete the sweep of the Cleveland Indians on Sunday, losing 8-3 to end a four-game winning streak.

For pitcher Hector Santiago, who did not pitch to Jason Castro (read whatever you want into that), it was his worst start of the year. He lasted only two-plus innings and gave up seven hits, including three home runs. The Indians had an 8-0 lead by the third inning and the Twins never recovered.

The loss cut the Twins’ American League Central lead to one game over the Indians. The Twins get Monday off and then come home to host the National League West-leading Colorado Rockies, followed by the suddenly surging Kansas City Royals, 7-3 in their last 10 games.

-The Twins have played improved baseball this season, but have only one sweep to their credit. And that sweep came in an opening trio of games against the Royals.

-Phil Hughes gets the ball on Tuesday at home against the Rockies. 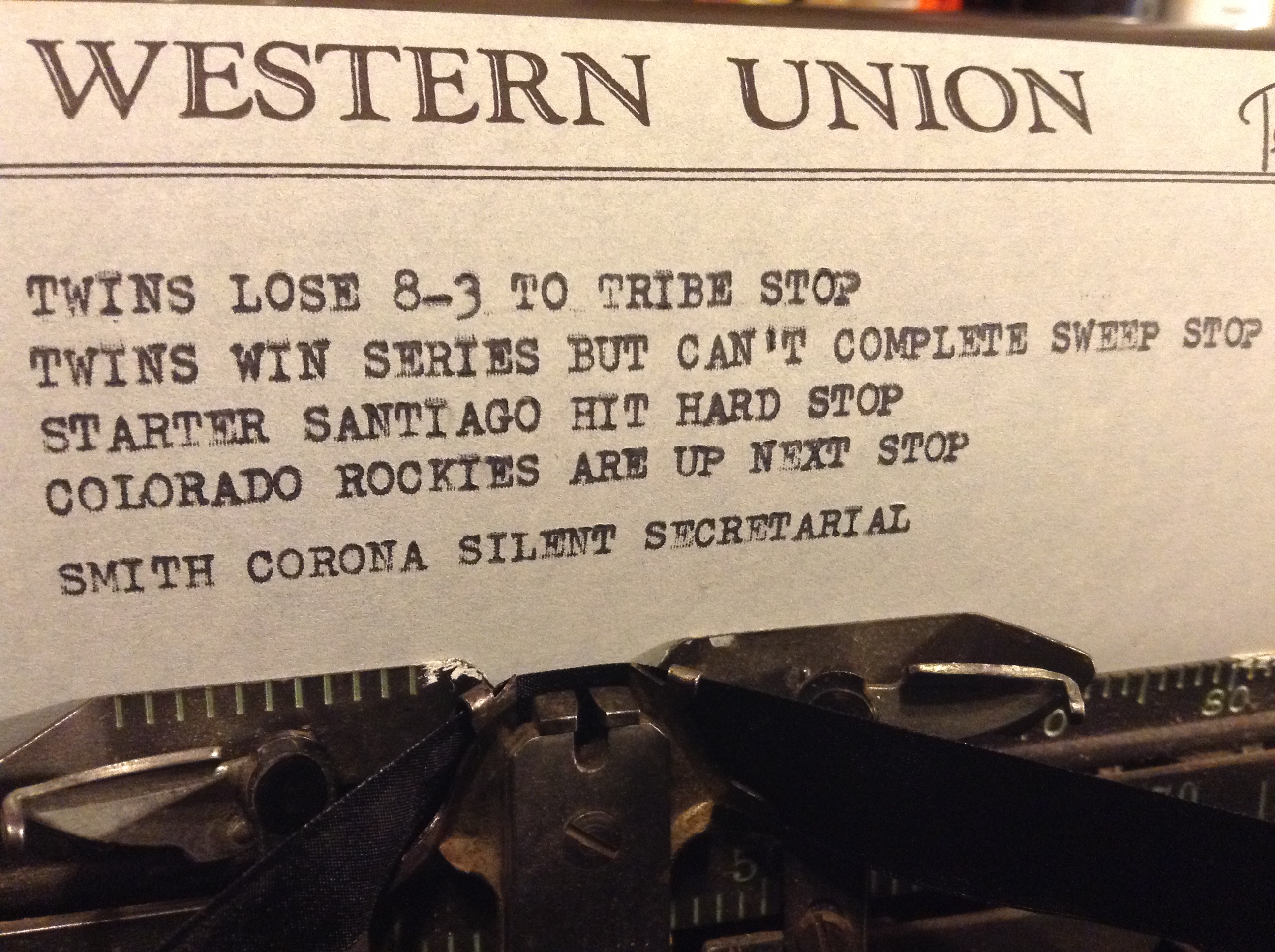