Twins get series win over Angels

The Twins improved to 17-6 on the road after the club’s 3-2 win over the Los Angeles Angels of Anaheim on Sunday. The Twins won three of four games to take the series from the Halos.

Jose Berrios won his fourth game in five starts and closer Brandon Kintzler picked up his 15th save, which ties him for the second most saves in the American League. Slugger Miguel Sano also homered in Sunday’s contest, his 14th, and the Twins’ infield turned three double plays.

The road record and the improved pitching, hitting and defense is yet another reminder of how far and how fast the Twins have come since losing 103 games in 2016. If they keep this up, expect some end-of-season managerial and executive team awards to be headed their way. Better still: If the Twins keep this up, they have a good chance to make the playoffs.

-The Twins beat old friend Ricky Nolasco on Sunday. Nolasco didn’t pitch that poorly, striking out seven in five plus innings, but he also gave up two home runs.

-Another former Twin and old friend Ben Revere, who played left field for the Angels Sunday, was the final out in the game after he slid past second base on a steal attempt.

-Shades of 2016: The Twins struck out 14 times as a team on Sunday. Brian Dozier and Eddie Rosario accounted for six of those whiffs.

-Hector Santiago gets the ball Tuesday in Seattle. 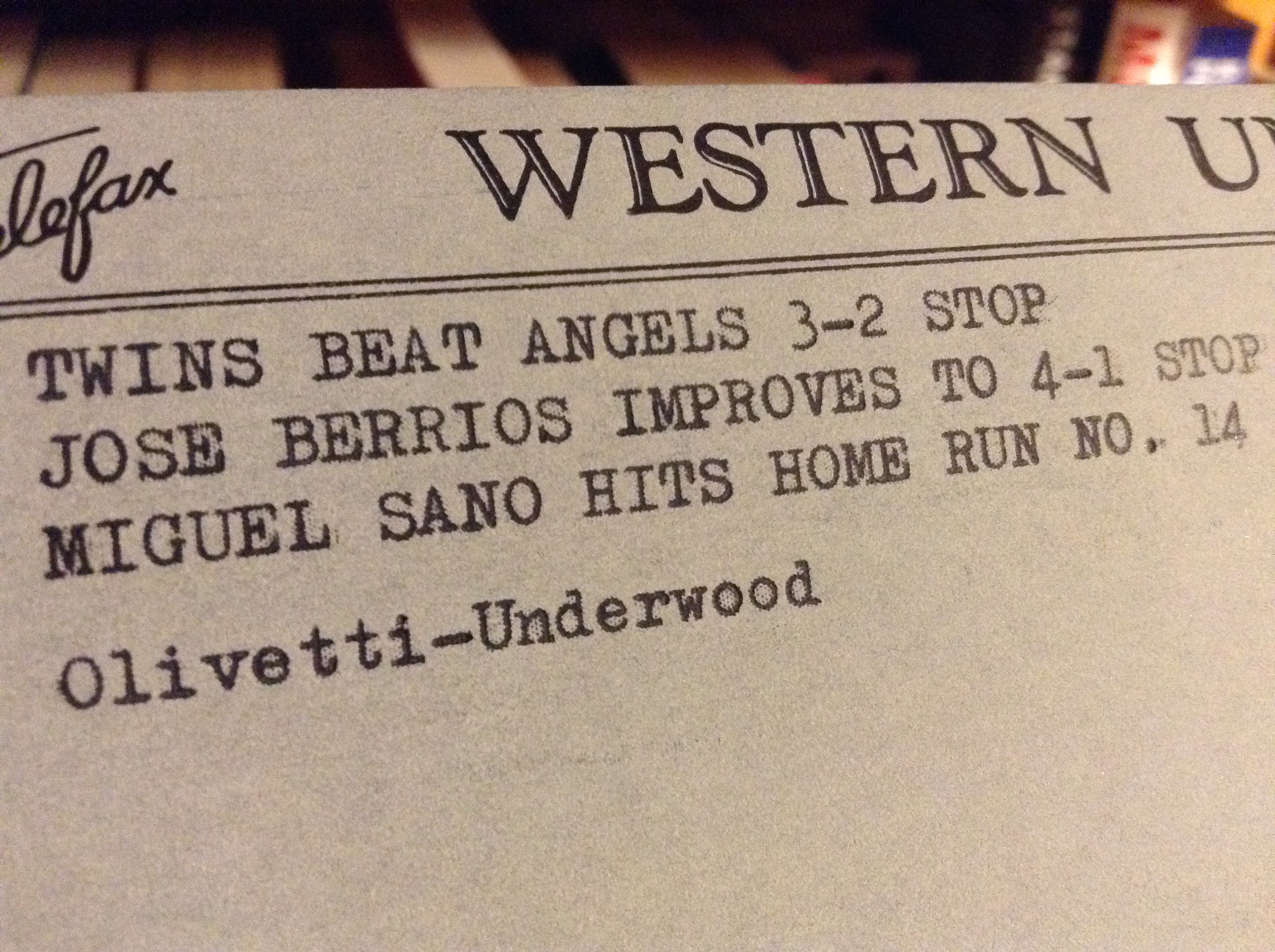