After Tuesday’s blowout loss and Wednesday’s walk-off disaster, the Twins got back on track Thursday with pitching and defense to secure a 2-1 victory over the Seattle Mariners.

I, along with my father and son, also got to the see the Twins on Thursday, and see them win for a change. Over the years we have usually seen the Twins lose to the M’s, but not this time. Starter Kyle Gibson pitched six effective innings and the defense did the rest.

Byron Buxton (no surprise) made another sensational catch in the outfield and even Joe Mauer got into the act by making a diving catch at first base. The defensive play of the game, however, may have been the rally-killing catch made by reliever Taylor Rogers.

Rogers fielded a line drive late in the game and then whirled around to get the force at second base.

-Jason Castro hit a solo shot to score one run, but the second run was unearned after a Robinson Cano throwing error at third base.

-After giving up a walk-off home run on Wednesday, Brandon Kintzler came right back and got his 16th save on Thursday.

-Ervin Santana gets the ball on Friday versus the San Francisco Giants.

Before I fall asleep, here are a few photos from Thursday’s game: 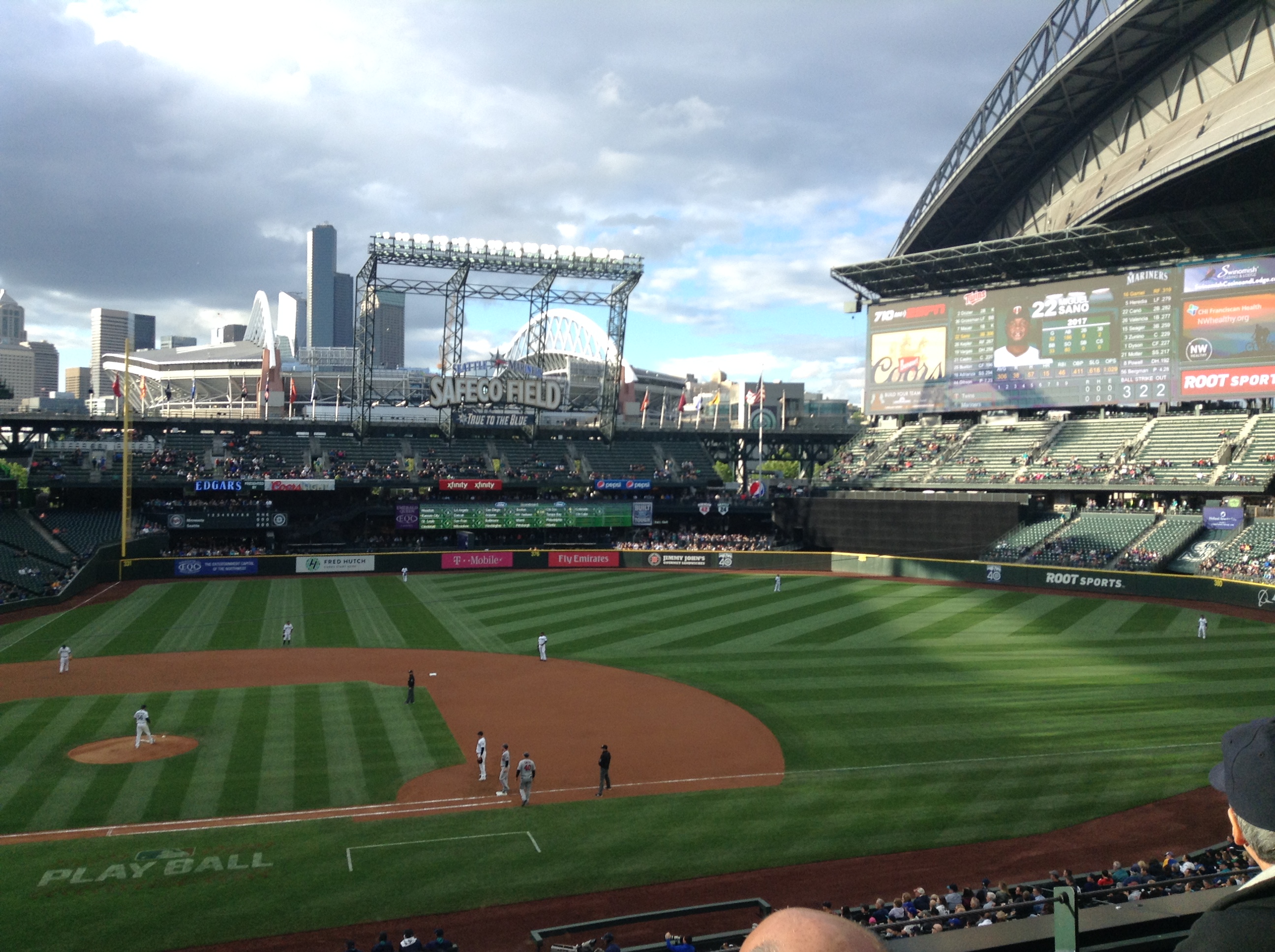 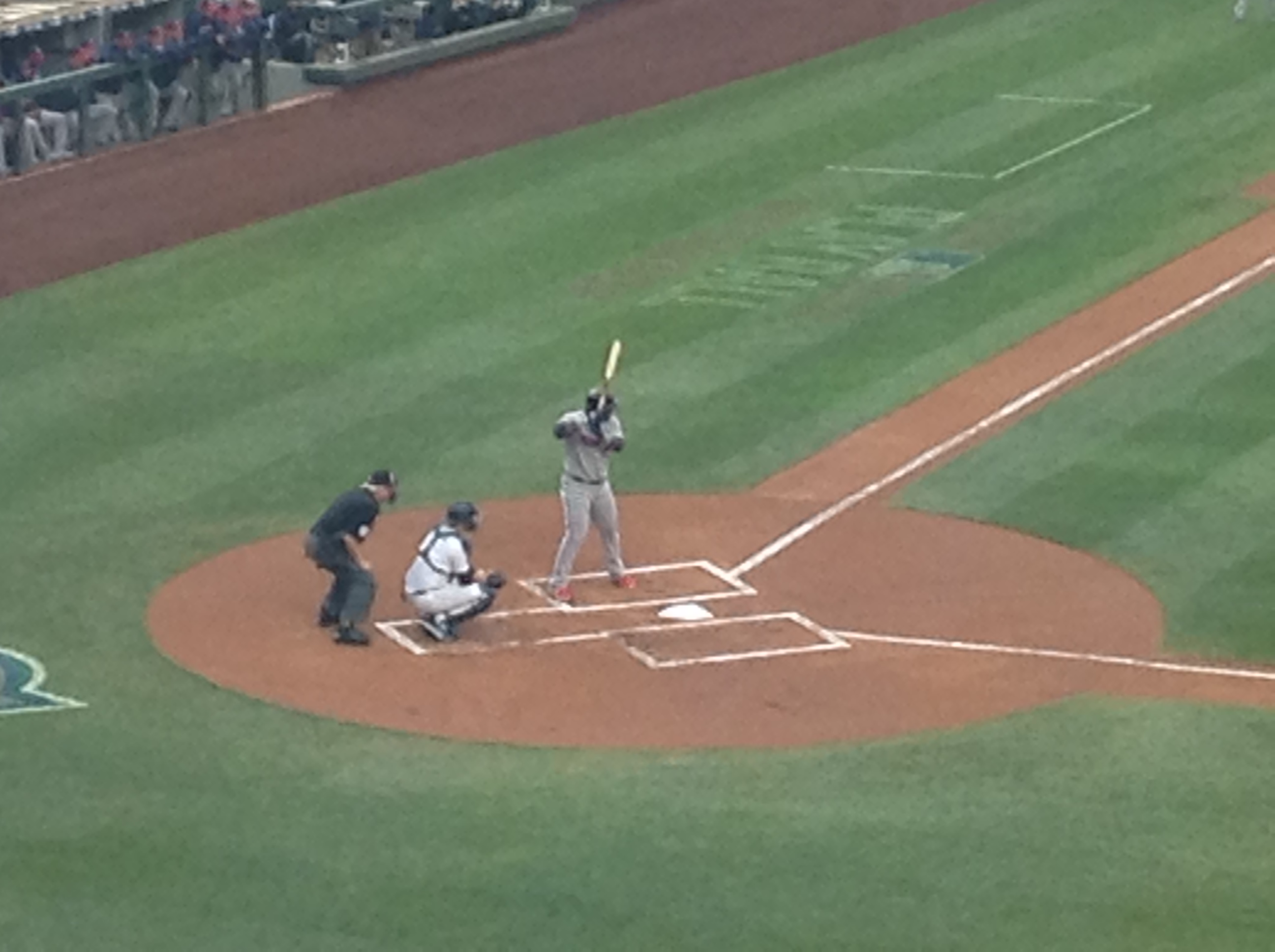 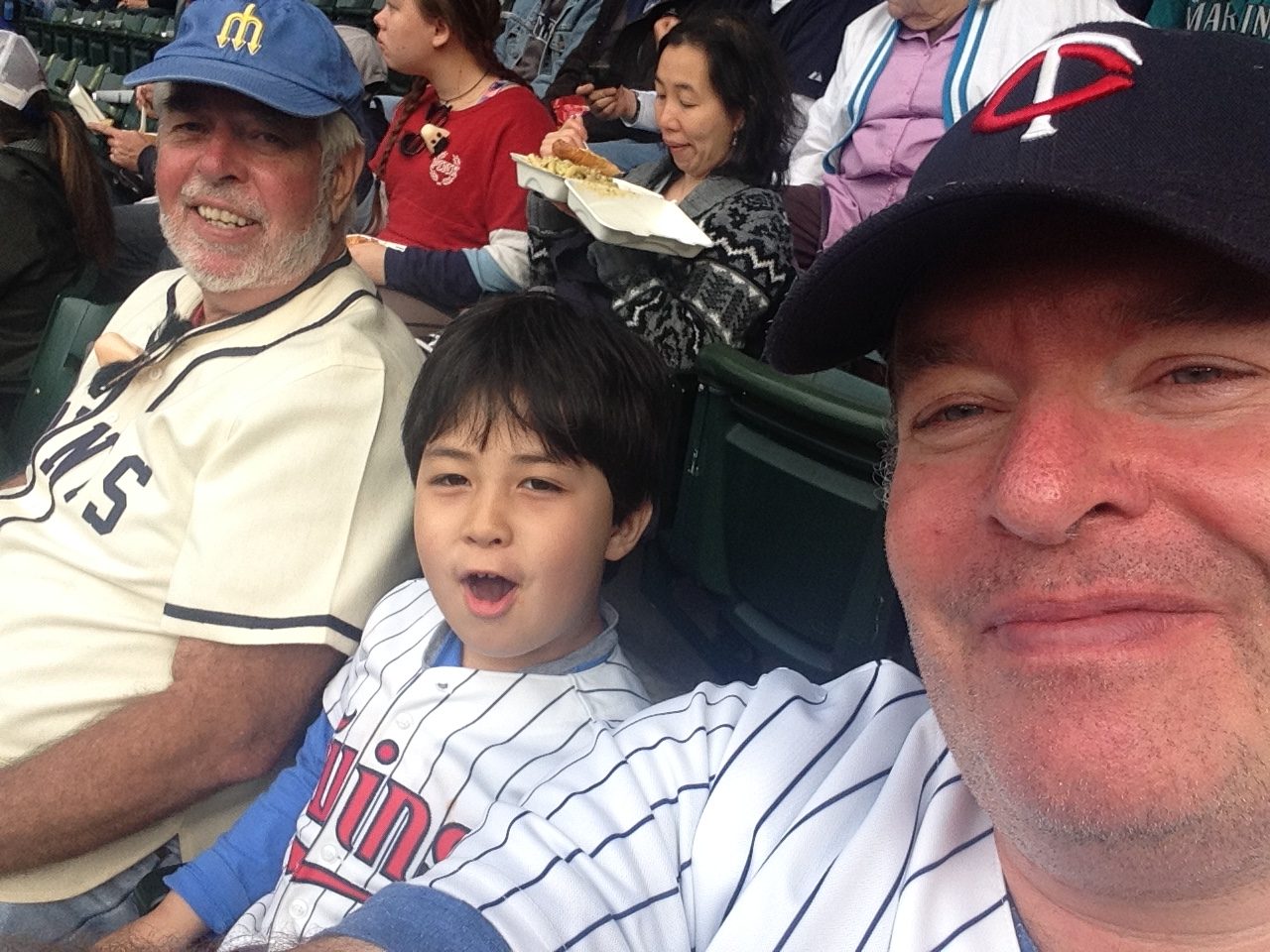