There goes the Twins’ season, folks. So say Falvey & Co.

It appears the Twins’ Falvey & Co. — Chief Baseball Officer Derek Falvey, General Manager Thad Levine and Assistant GM Rob Antony — have decided to not go all in on the remainder of the season after they traded left-handed starter Jaime Garcia to the New York Yankees on Sunday.

Garcia made one start for the Twins, a 6-3 victory over the Oakland A’s on Friday. He struck out seven over six-plus innings to earn the win and improved to 5-7 on the season.

But something changed this weekend.

If the Twins had swept the A’s and showed signs that they could climb back into the AL Central race, Garcia might still be a member of the team. Instead, the Twins lost the series to the A’s and currently are 1-6, with three walk-off losses, during this West Coast swing. They are now seven games behind the league-leading Cleveland Indians.

Given that situation, it would appear Falvey & Co. made a decision to build for the future, rather than win now, by trading Garcia for two top Yankee prospects.

According to the Pioneer Press, the Twins receive:

-Double-A right-hander Zack Littell, who has gone a combined 14-1 with a 1.87 earned run average in 20 outings (18 starts) this season. Originally drafted by the Seattle Mariners in the 11th round in 2013, Littell, 21, is rated the 22nd-best prospect in a deep Yankees system.

-Dietrich Enns. A former 19th-round pick out of Central Michigan, the 26-year-old Enns is 1-1 with a 2.29 ERA in seven starts at Scranton/Wilkes-Barre after missing 2 1/2 months with a shoulder strain.

-The Twins also have dealt struggling catcher and former Yankee John Ryan Murphy to the Arizona Diamondbacks for lefty pitcher Gabriel Moya. The original trade to bring Murphy to the Twins was a bust after he struggled at the plate with the team in 2016 and didn’t fare much better in the minors. The Twins sent outfielder Aaron Hicks to the Yankees for Murph. At the time, it appeared to be a bust for both teams, but Hicks’ bat has finally come around for the Yankees. He was hitting .290 before he recently landed on the disabled list. 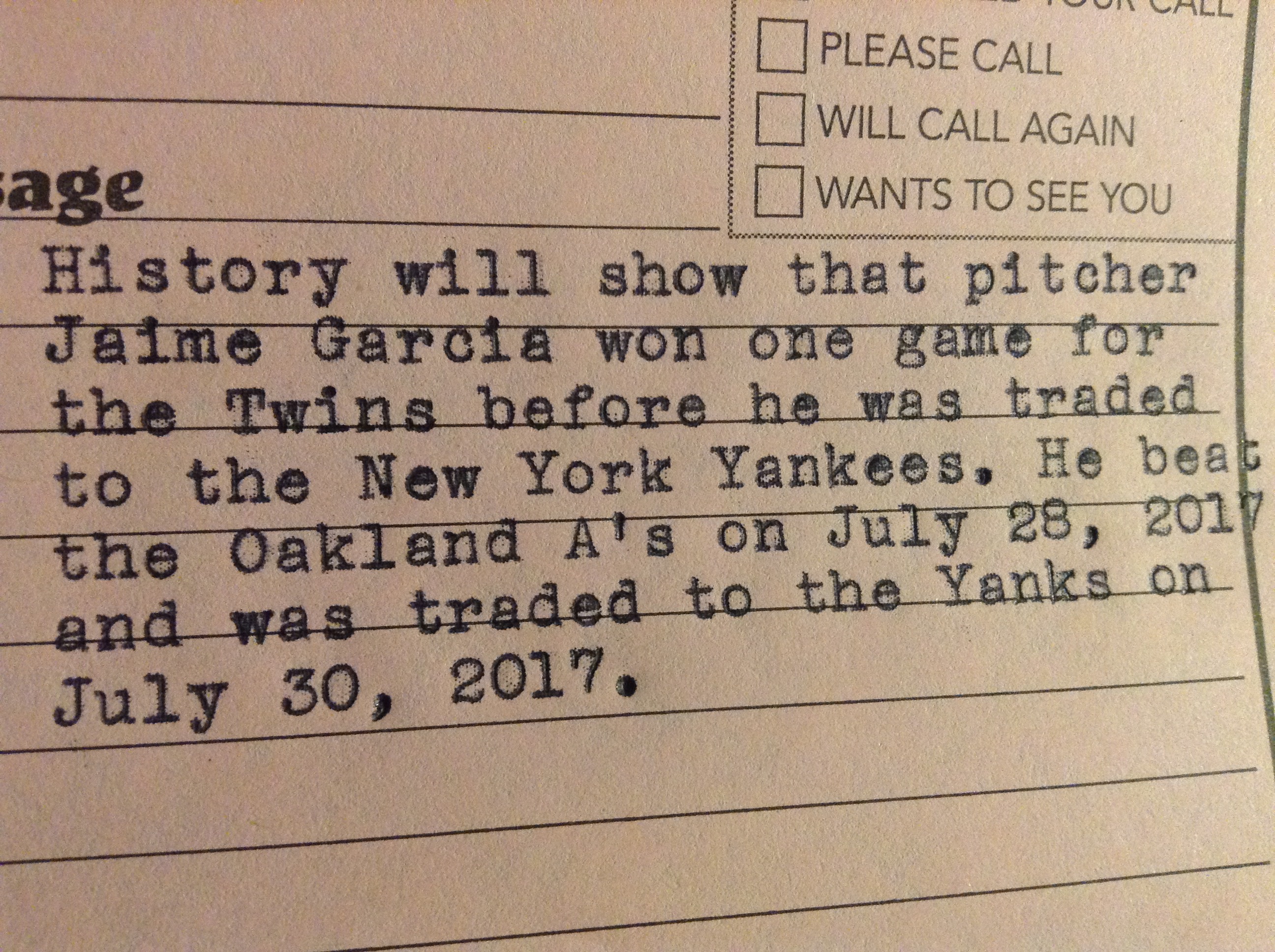