Game 1 goes to the Twins

No, it’s not the post-season, but it might as well be because the Twins need to sweep the Chicago White Sox this week and pad that win-loss record before the rigors of September arrive. That’s when the Twins will play 28 games in 30 days to decide the season.

Meanwhile, the Twins accomplished job No. 1 on Tuesday by beating the Pale Hose, 6-4. Ervin Santana improved to 14-7 on the season, and was backed by infielder Jorge Polanco, who hit two home runs.

Jose Berrios gets the ball Wednesday. Berrios lost his last start to the White Sox, but he also struck out nine in five-plus innings.

-Joe Nathan, the all-time saves leader for the Twins, will announce his retirement and be honored by the club on Friday, according to MLB Trade Rumors. Nathan notched 260 of his 377 career saves with the Twins.

Trade Rumors had some nice things to say about Nathan:

He’ll retire with a lifetime 2.87 ERA, 9.5 K/9, 3.4 BB/9, roughly 27 wins above replacement under his belt and more than $86MM in career earnings. Twins fans will remember Nathan for his quirks on the mound, his leadership on the pitching staff and one of the most prolonged stretches of dominance of any pitcher in Twins history. Congratulations to Joe on an outstanding career. 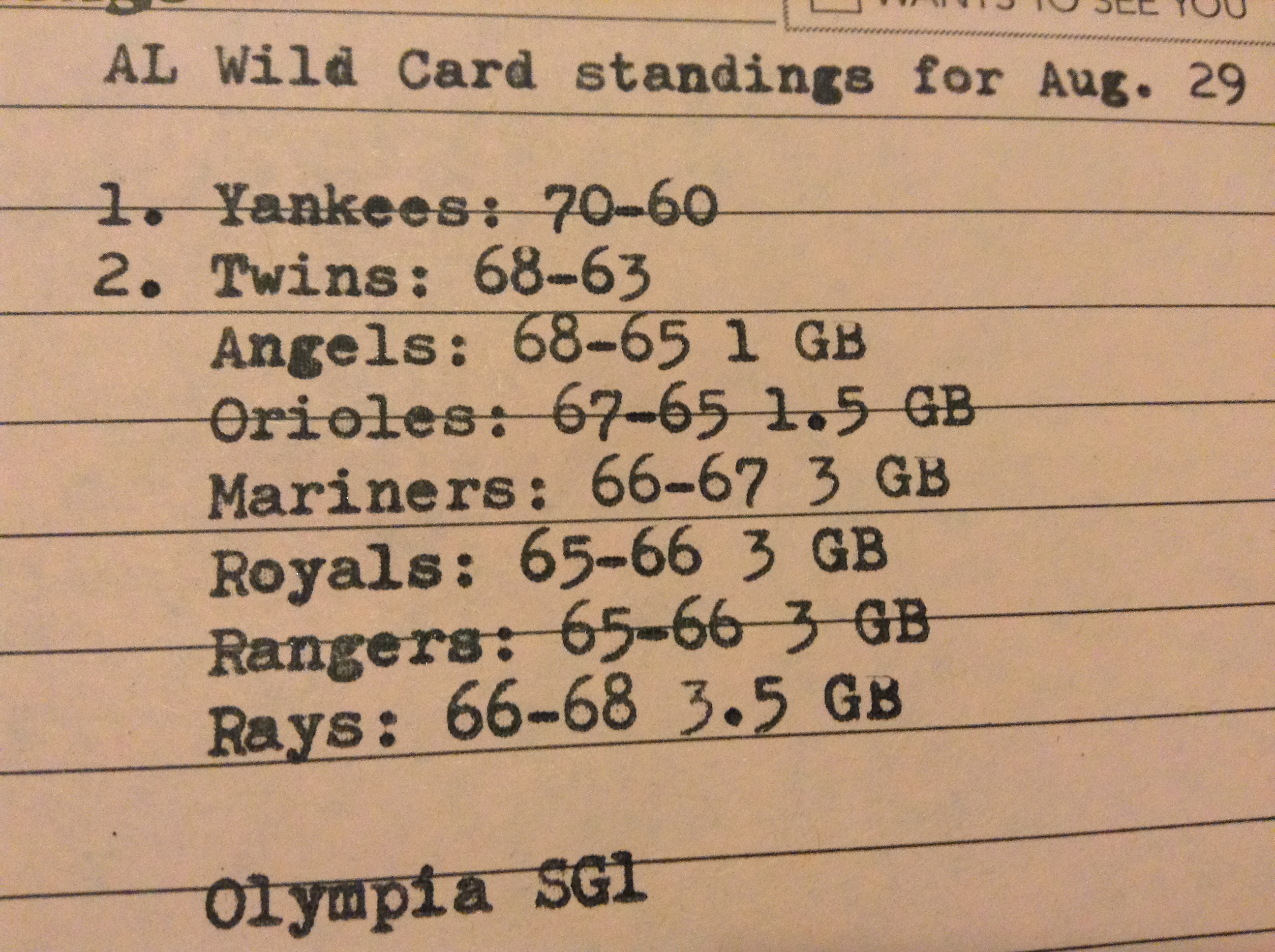