Bring on the Toronto Blue Jays

The Twins delivered exactly as ordered. They needed to sweep the San Diego Padres at home and they did, thanks to Eddie Rosario after he hit a two-run, walk-off home run in the bottom of the 10th to beat the Padres, 3-1.

Up next, the Toronto Blue Jays come to town for four games. I don’t expect the Twins to sweep this series — the Blue Jays, despite being out of the running, aren’t exactly pushovers — but a series win would be nice and would help the Twins keep pace in the American League for that second wild card spot.

Starter Ervin Santana deserved to get his 16th win on Wednesday after he pitched shutout ball for six innings and struck out seven. But after 93 pitches and a 1-0 lead, he handed the ball to the bullpen and watched as reliever Trevor Hildenberger promptly served up a solo shot to tie the game. Santana left with a no-decision, while closer Matt Belisle eventually got the win. 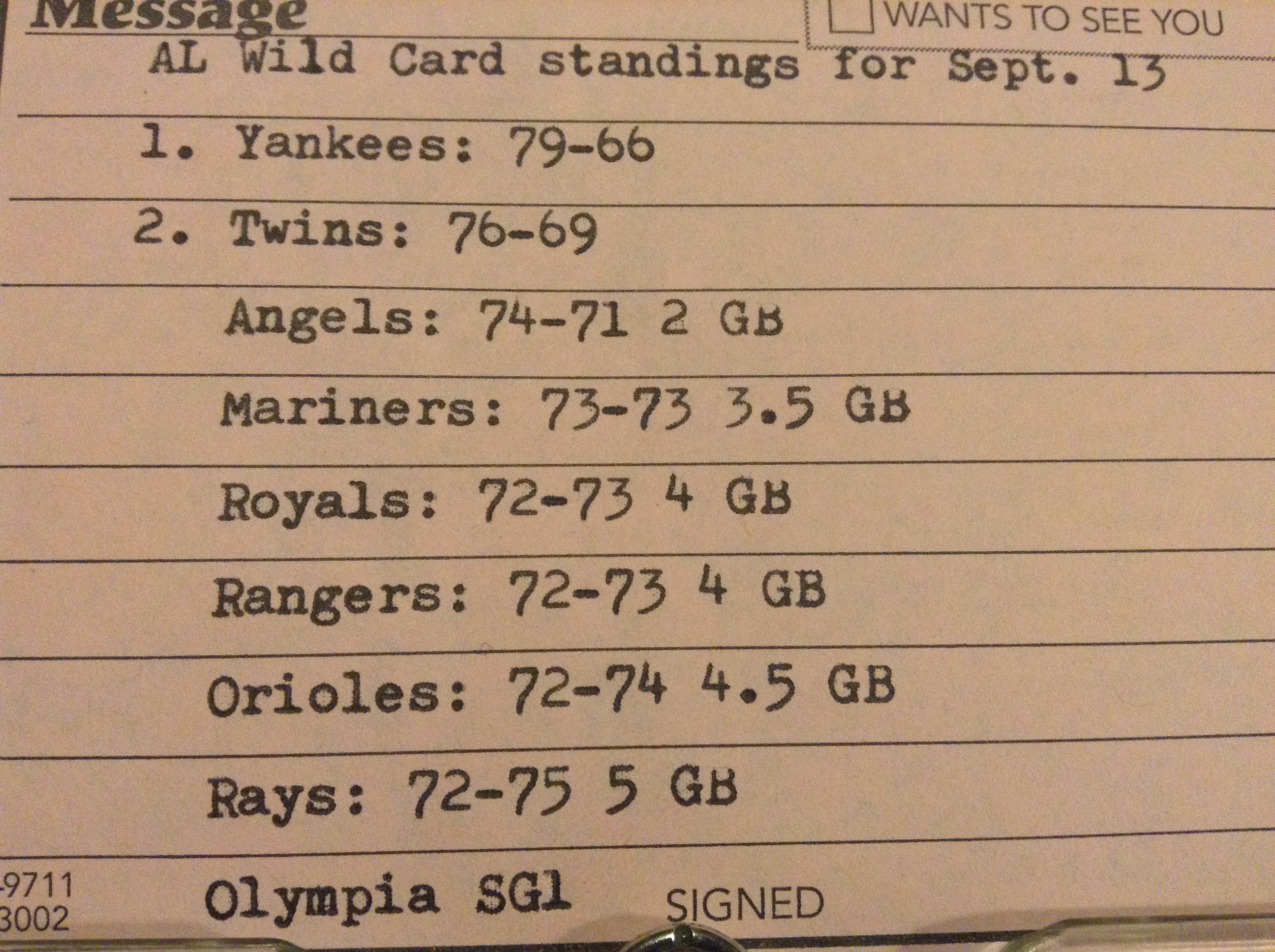