Your 2017 AL Manager of the Year: Paul Molitor

Twins manager Paul Molitor is the 2017 AL Manager of the Year, an award I thought the third-year skipper would win. Molitor beat out the Houston Astros’ A.J. Hinch and the Cleveland Indians’ Terry Francona for one reason: Neither of those teams lost 100 games in 2016.

But the Twins did. They lost a franchise-worst 103 games that season, and it seemed at the time that the Twins wouldn’t be that much better in 2017. But they were, including a 20-10 mark in August that helped propel the team into the playoffs for the first time since 2010. The Twins also became the first team in history to make the playoffs after losing 100 games the previous season.

Molitor is the third Twins manager to win the award. Ron Gardenhire won it in 2010 and Tom Kelly in 1991, the same year the Twins won the World Series over the Atlanta Braves in seven games.

In the National League, the award went to Torey Lovullo of the Arizona Diamondbacks, a team like the Twins that rebounded well from a down 2016. There’s also a Twins connection.

Lovullo, a former bench coach for the Boston Red Sox, interviewed to be the next manager of the Twins before it was handed to Molitor in 2015. Lovullo won this year’s award, but he likely got an assist from Ron Gardenhire, the D-backs’ bench coach last season. Gardenhire has since been hired to manage the Detroit Tigers.

After making the playoffs, but losing to the New York Yankees (for the 13th time in the postseason), Molitor signed a new three-year deal with the Twins. 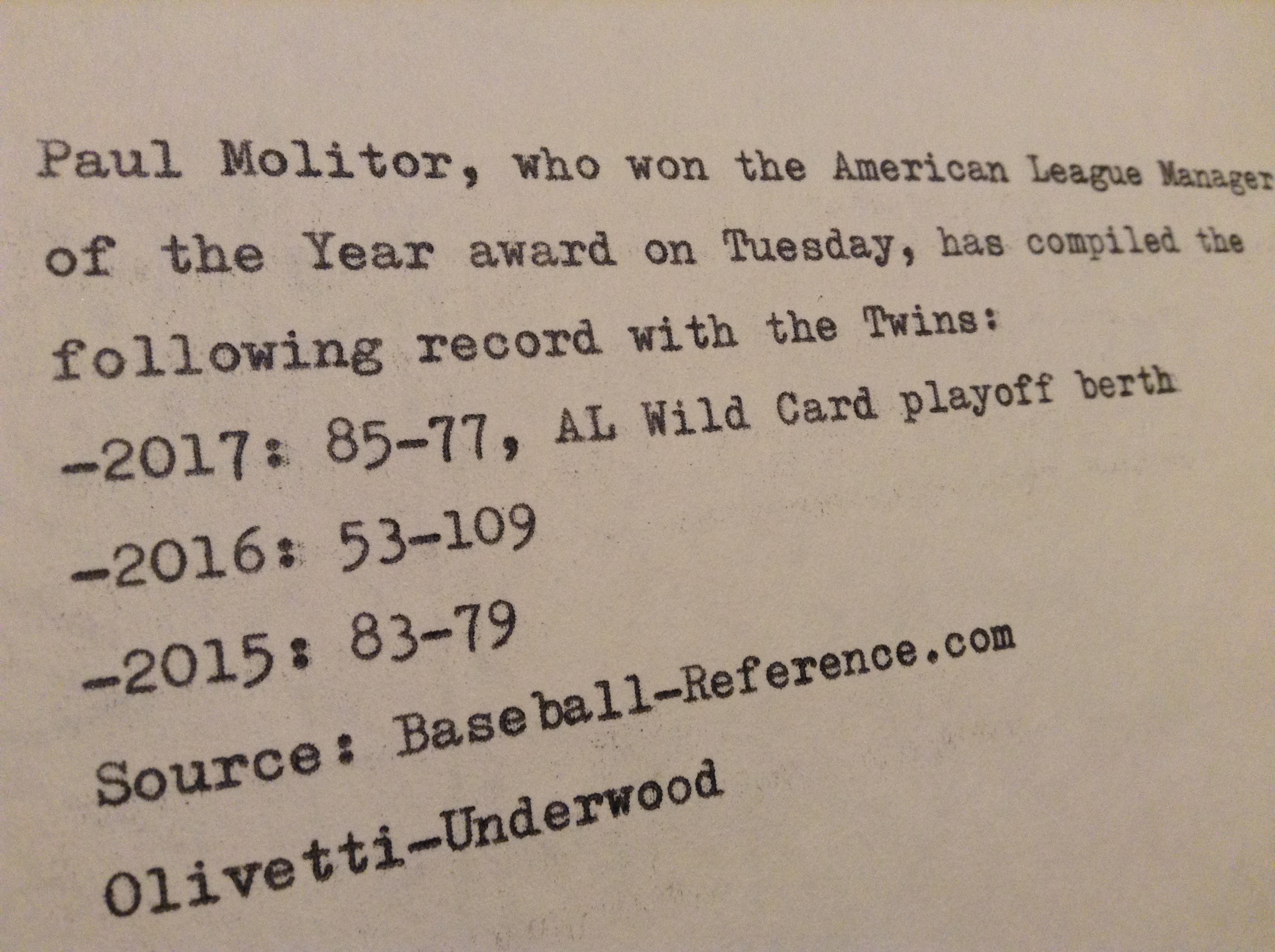