Is Johan Santana a Hall of Fame pitcher? Yes, he is

Former Twins ace Johan Santana, who last pitched in 2012, is on the Hall of Fame ballot for the first time in 2018. Since the ballot was released, a number of Twins bloggers have argued that Santana deserves to be enshrined due to similarities between his and Sandy Koufax’s Hall of Fame career.

Yes, there are some similarities: Both pitched 12 seasons, both have winning percentages around .650 and both won multiple Cy Young awards. As much as I want to buy into the Santana-was-as-good-as-Koufax argument, I’m struggling to get my head around one thing: We’re talking about Sandy Koufax, folks.

But I am interested in what Cody Christie at Twins Daily calls the “Puckett Clause,” so named for you know who: Hall of Fame center fielder Kirby Puckett.

The clause works like this: Puckett’s career was cut short by a devastating eye injury, but baseball writers still acknowledged his best years in the game and he was admitted to Cooperstown with a career batting average of .318. Remove the injury and Puckett’s Hall of Fame credentials improve to slam dunk from borderline because he would’ve played a full career, not one cut short at 35.

Apply the clause to Santana and he gets into Cooperstown as well because his career, which was outstanding to that point and likely Hall of Fame worthy over a full career, was halted by a shoulder injury. Some think his career ended after he threw a 134-pitch no-hitter for the New York Mets in June 2012.

Christie has this to say:

As with Puckett, Santana didn’t have the longevity to accumulate many of the numbers needed to be deemed Hall of Fame worthy. He couldn’t pitch 3,000 innings. He couldn’t strike out 2,500 batters. He couldn’t accumulate a large career WAR total. If he had been able to pitch four or five more seasons in the back-end of a rotation, he’d be a lock for the Hall. His ailing shoulder took those seasons away.

Also interesting are the comments in response to Christie’s argument:

Re: the Puckett clause: Check out the Tony Oliva Clause, the Doc Gooden Clause, the Fernando Valenzuela Clause, the Mike Scott Clause and the Ron Guidry Clause as well. If those guys are not in the Hall, Johan does not belong either.

Santana is my all-time favorite Twin. That being said, in a perfect world with a perfect HOF induction process, I don’t think he’s in. However, I gave up trying to argue that certain players are not HOF worthy. I think the field is diluted to the point that it’s far easier to argue that a guy should be in than shouldn’t. It’s the same way I feel about Torii Hunter. He probably shouldn’t be in, but hey, why not?

No Jack Morris, no Johan Santana.

Santana’s run from 2002 to 2008 is akin to Sandy Koufax’s from 1960 to 1966 or Dizzy Dean’s in the late 30s. Both are in, as should Santana be. If the Hall of Fame starts penalizing truly great players who had their careers cut short by injury, then it’s time to burn down the Hall of Fame. 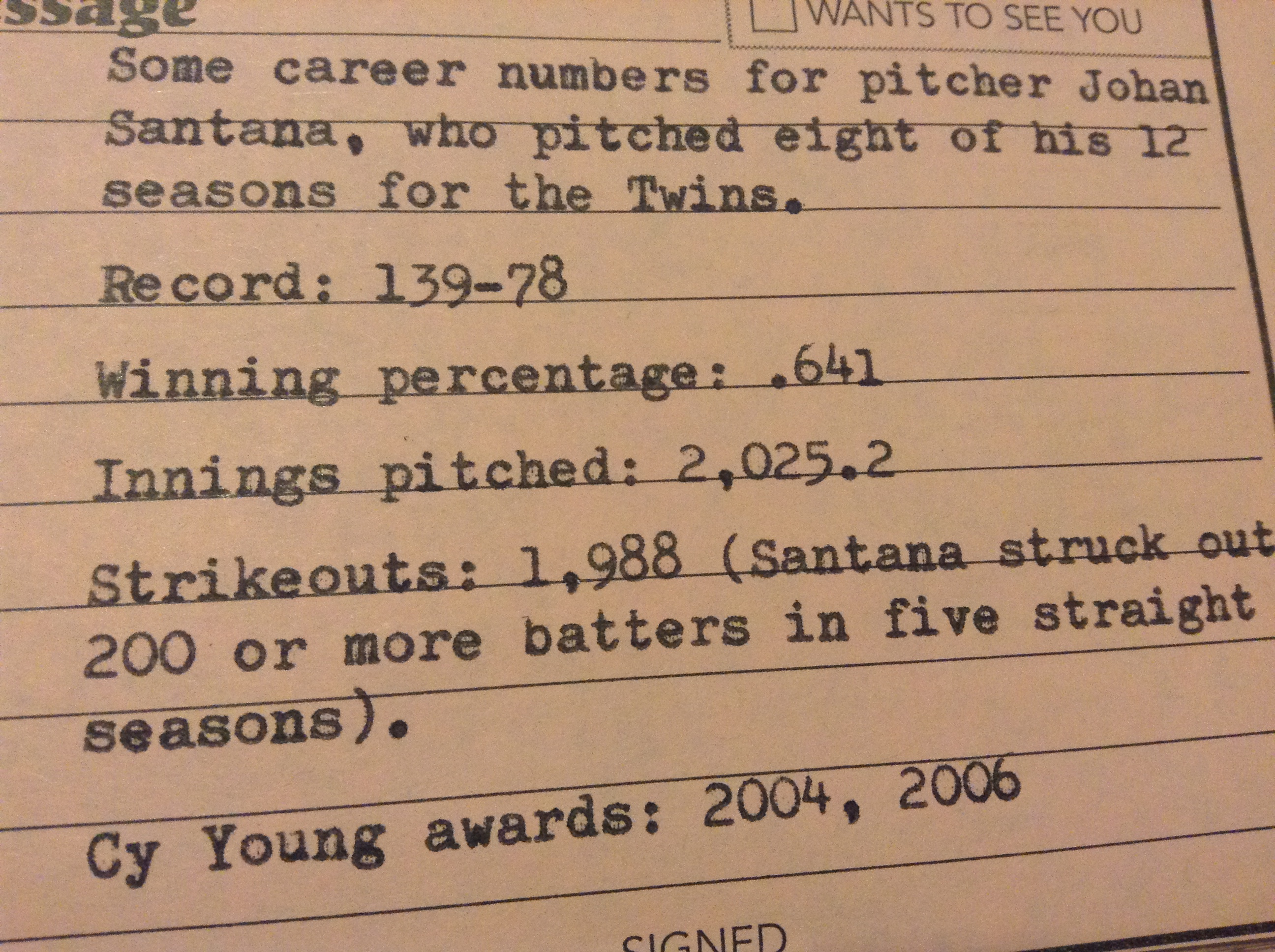 One stat I forgot to include: Santana had a career ERA of 3.20.