So I got a big box of baseball cards for Christmas…

My father is downsizing, so for Christmas I received a box filled with baseball cards from the late 1980s and early 1990s. The box contained hundreds of cards and yet very few of them were Twins players, which was surprising given that the late 80s and 90s were some of the best years for the franchise. However, within that box I did uncover six former pitchers for the Twins, some of them perhaps forgotten to history. 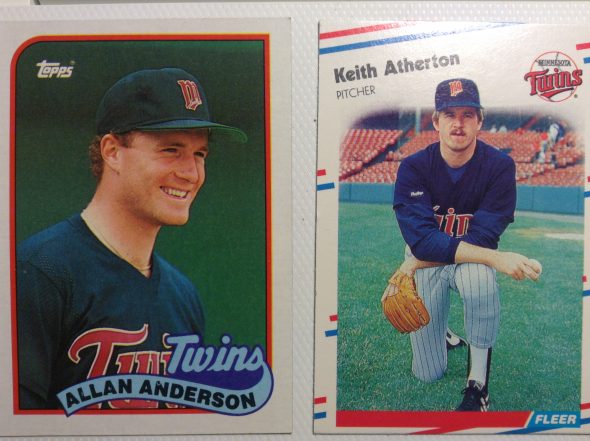 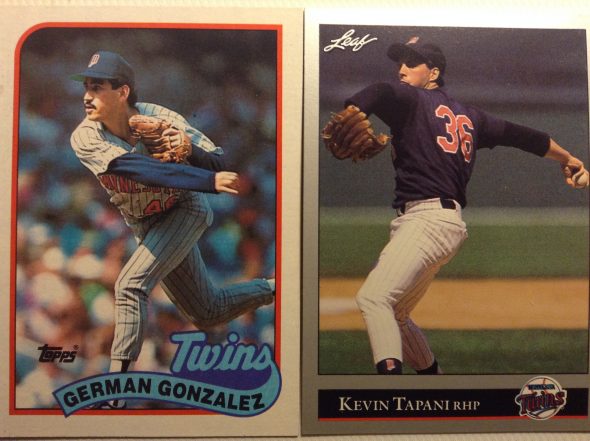 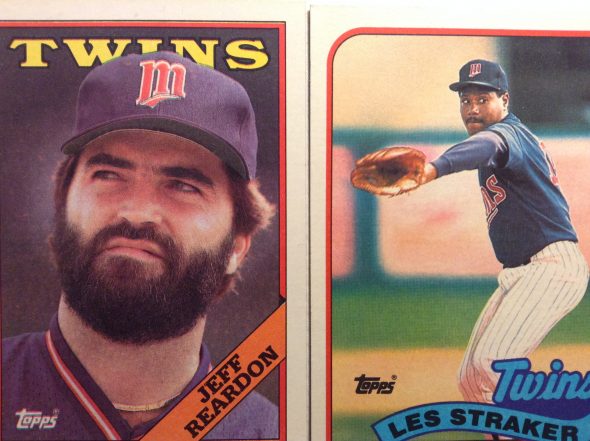 -Keith Atherton: Atherton pitched out of the bullpen for the Twins and was a member of the 1987 team that won the World Series in seven games over the St. Louis Cardinals. That year he appeared in 59 games and compiled a record of 7-5 with a 4.54 ERA.

-Kevin Tapani: Tapani came to the Twins, along with Rick Aguilera, Tim Drummond, David West and Jack Savage, after Minnesota traded Frank Viola to the New York Mets in 1989. Tapani spent seven seasons with the Twins and won 75 games, including 16 games in ’91 and ’92. He won 143 games over his career and finished with an ERA of 4.35.

-Jeff Reardon: The Twins said goodbye to closer Ron Davis in 1986 and welcomed the Terminator in 1987, who went 8-8 with 31 saves that season. Reardon won 73 games over his career and recorded 367 saves, which is 10th all time. Reardon’s career save percentage was 78 percent.

-Les Straker: Perhaps the most interesting pitcher in this group. Not because of what he did on the mound, but because of the long road he traveled to get to the major leagues. Beginning in 1977, Straker spent 10 years in the minors before he got his shot with the Twins in 1987. He spent parts of two seasons with the club and went 10-15 with a 4.22 ERA. His best season in professional baseball came in 1985 when he won 16 games for Double-A Orlando.

-The Twins have signed Zach Duke, previously of the St. Louis Cardinals, to a one-year deal. A former starter-turned-reliever, Duke gives the Twins another left-handed presence in the bullpen.

-A female photographer has accused Twins third baseman Miguel Sano of assaulting her in 2015, according to an account of the incident, which she posted on social media Thursday. It was after an autograph signing that she alleges Sano grabbed her wrist and tried to kiss her, then attempted to pull her to another location. Sano denied the allegation Thursday, while the Twins said they wouldn’t comment until they had more information.