I guess you can’t blame the Twins for getting off to a slow start in Thursday’s 4-2 win over the Seattle Mariners. 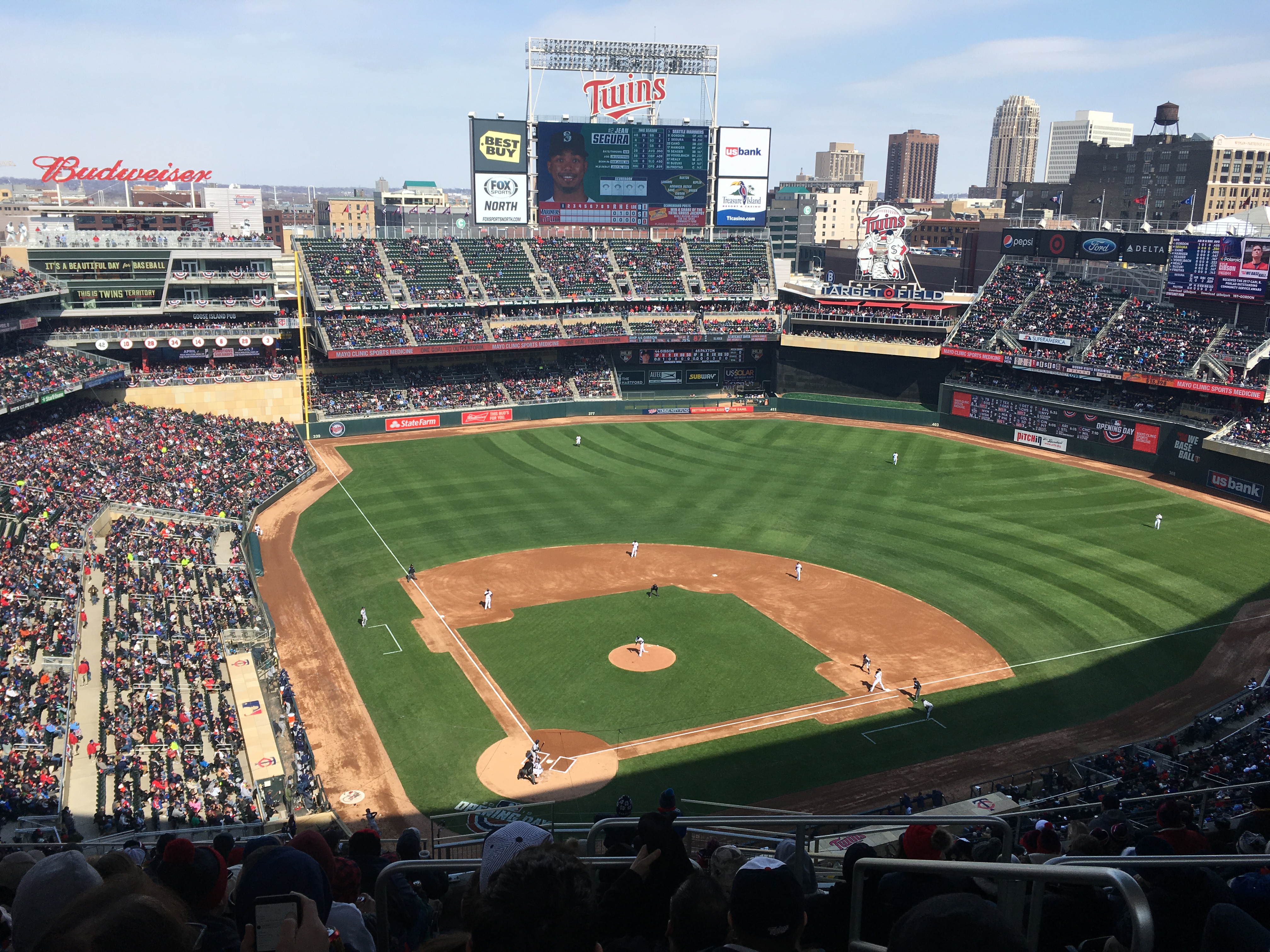 Despite the sunshine, it was a cold home opener, which I can personally attest to because my son and I had 300-level seats behind home plate. Target Field is small enough that even in the nosebleed seats you can still see the field well. But when you’re up that high you have to put up with the wind and that made things very cold. We lasted five innings before moving down to the concourse to sip hot chocolate and watch the game from there. While we warmed up, the Twins heated up, too.

Miguel Sano hit a two-run home run to tie the game, backup catcher Mitch Garver hit a go-ahead solo shot and Eddie Rosario extended the lead with a home run of his own.

Kyle Gibson wasn’t particularly sharp — he threw 80 pitches in four-plus innings — but he also allowed only one earned run, despite the two-run lead, because of Sano’s errant throw home that was wide of Garver.

So it fell to the bullpen. Zach Duke got the win, Addison Reed the hold and Fernando Rodney the save after he walked a batter and struck out one as well in one inning.

The Twins resume their series with the Mariners on Saturday and Sunday. Both are day games. That makes sense because nighttime temperatures have been very cold during this last gasp of winter.

-Jose Berrios gets the ball Saturday.

-Target Field concessions also got off to a slow start after we waited in line for nearly an hour to get food and beverages. It appeared that the 200-level concession stand we waited at was simply understaffed. The guy taking orders also had to fill those orders, which took forever. By the time we came back for hot chocolate, more people had joined in to help and we moved through the line at a reasonable pace.

Day 4 photos of our trip: 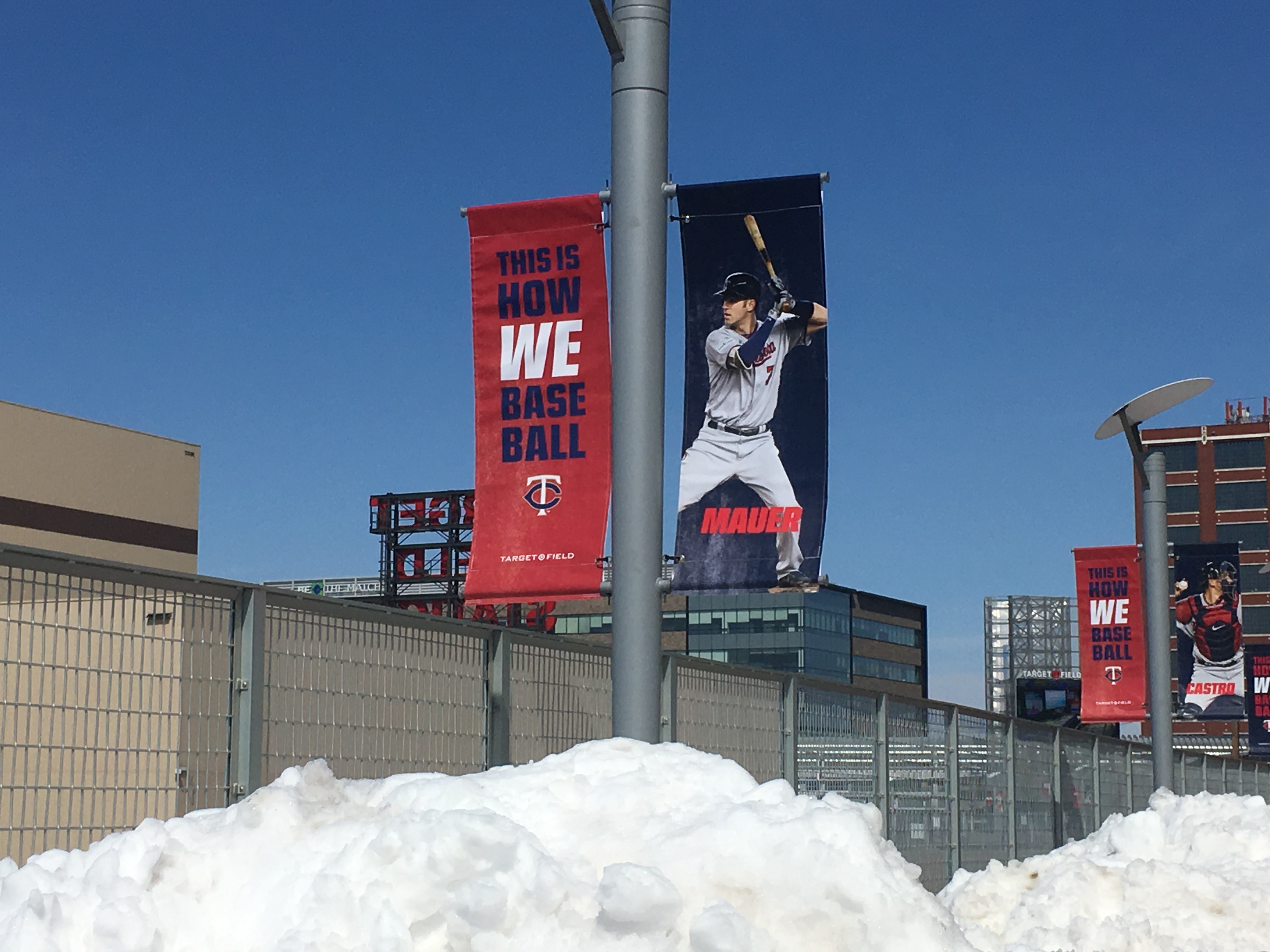 The snow was pushed aside and piled up to make way for Thursday’s home opener. 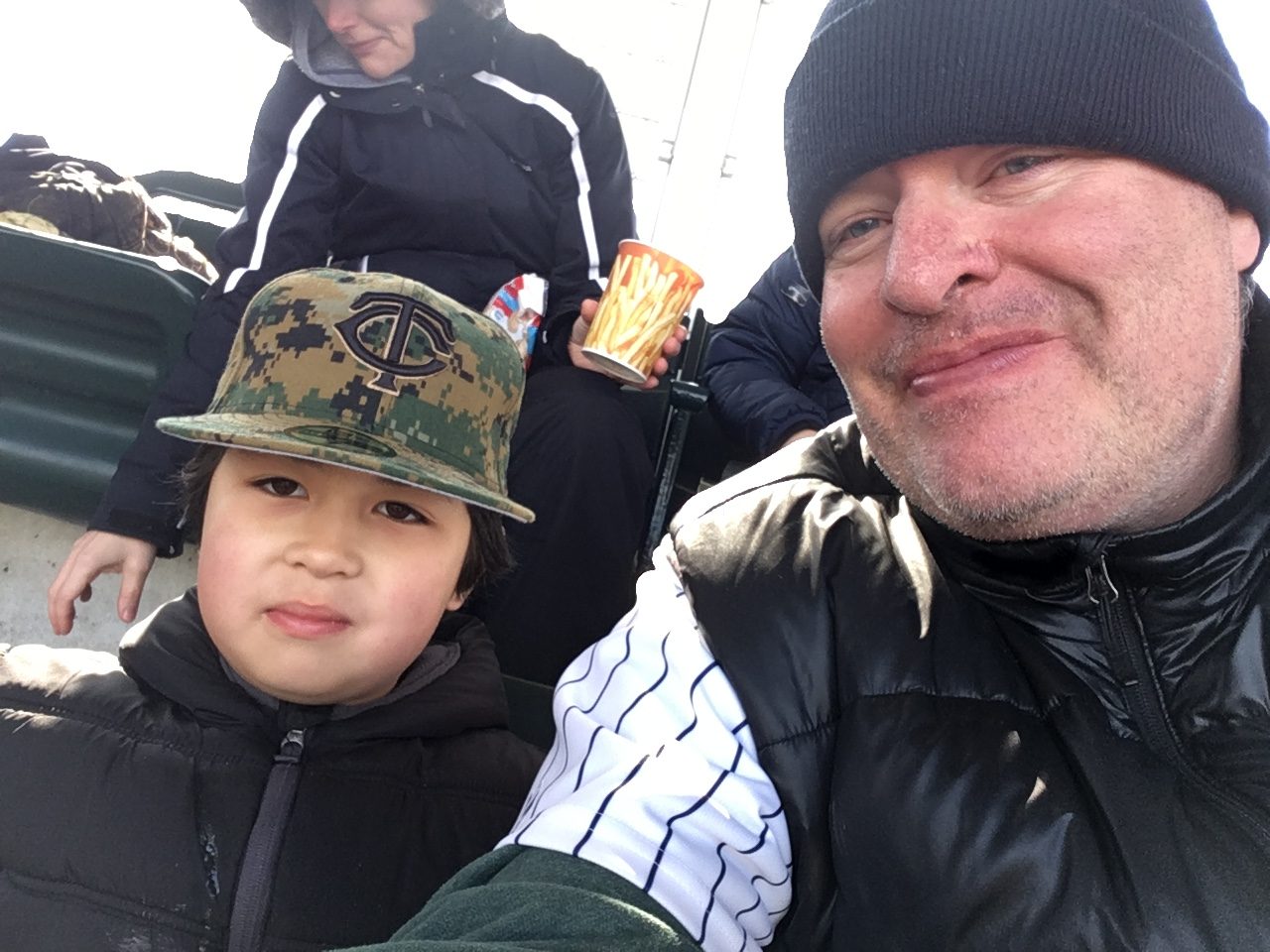 Cold, but having fun. 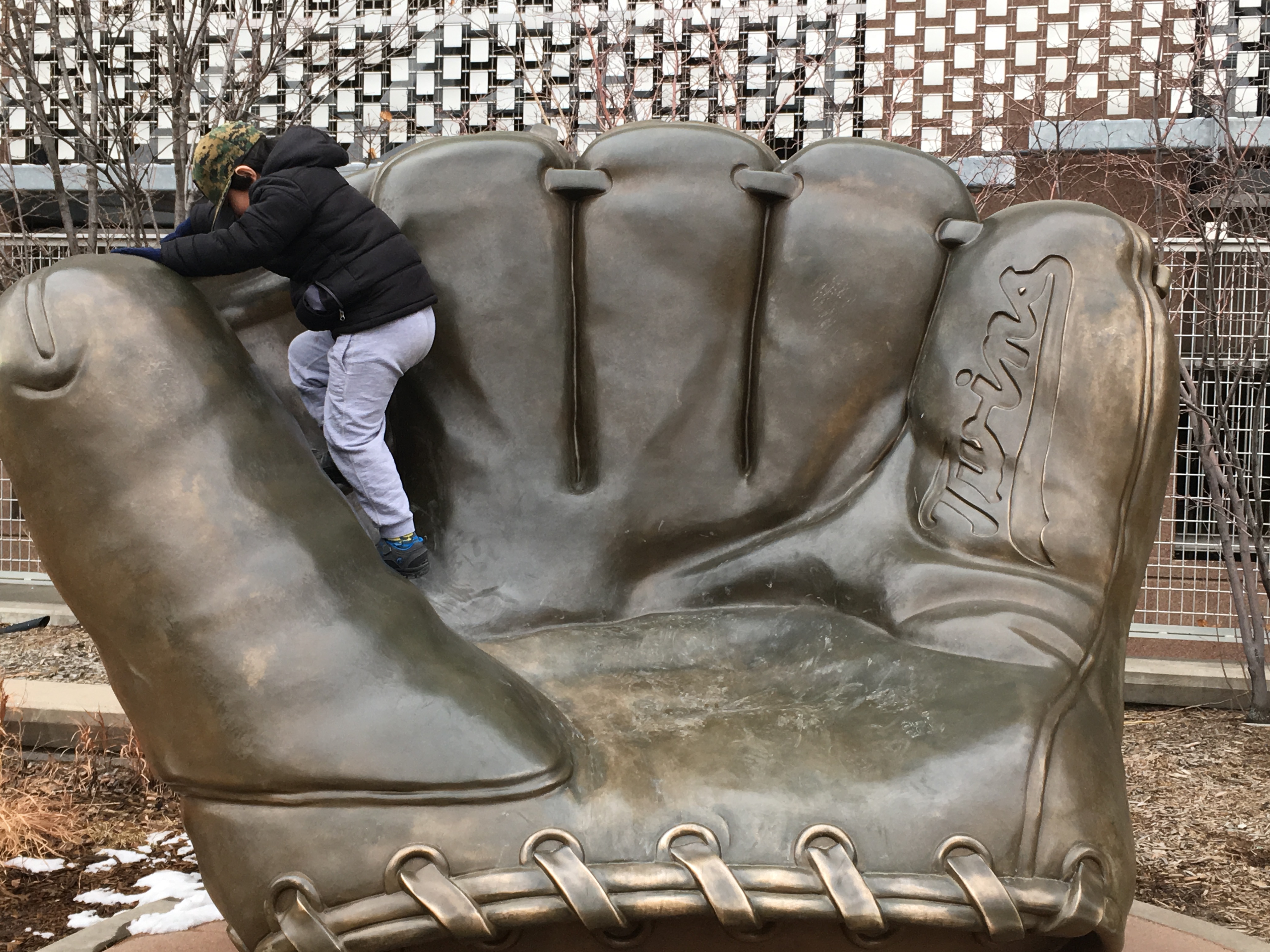 The glove at Target Field.