My enthusiasm for this blog took a hit this week after me, my father and son, made our annual trip to Seattle to see the Twins. Unfortunately, of the three-game series, we had tickets to the Tuesday night shellacking, a 10-0 loss that seemed much worse than the actual score.

I’ve seen my share of Twins games over the years in Portland, Seattle and Minnesota, but I don’t think I’ve ever seen them play as poorly as they did Tuesday night. They couldn’t hit, they couldn’t pitch and they even seemed out of sorts on defense.

(Message to manager Rocco Baldelli: Nick Gordon may be a fine infielder, but he can’t play center field). 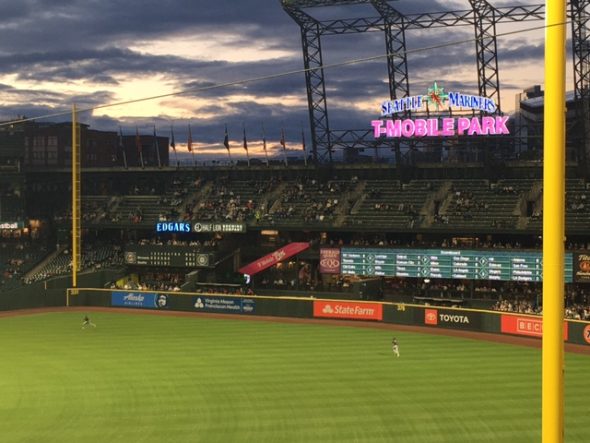 In the end, we left early and listened to the remainder of the game on the radio. The best part of the night, other than the good weather, the food, the beer and spending time with my family, was a great story shared by Seattle Mariners play-by-play man Rick Rizzs.

Rizzs told the story in the context of major league baseball’s current kerfuffle about foreign substances on baseballs. Rizzs recalled pitching great and spitballer Gaylord Perry, who won his 300th game with the Mariners after they beat the New York Yankees on May 6, 1982.

Perry went the distance in the game, and the final out went to M’s second baseman Julio Cruz, who, according to Rizzs, needed to take a couple of extra steps before he threw out Willie Randolph at first base. Why? He was trying to find the “dry side of the ball.”

Gaylord got his 300th win and the Mariners knocked off the Yankees, 7-3.

-At least the Twins won the following day, 7-2. Although the win went to reliever Caleb Thielbar, it appears that rookie pitcher Bailey Ober just might be the real deal. Ober allowed one hit over four innings with no walks and six strikeouts. He left after 63 pitches, but that’s reportedly because he’s on a pitch count.

Jorge Polanco had three hits at the top of the order and Nelson Cruz and Ryan Jeffers hit no-doubters into the left field stands.

-The Twins are in Texas over the weekend. Jose Berrios gets the ball on Friday.