Ex-Twin Berrios wins his Toronto debut (and the Twins lose)

Former Twins pitcher Jose Berrios won his Toronto Blue Jays debut on Sunday, quickly improving to 8-5 on the season after he pitched six shutout innings with one walk and seven strikeouts to beat the Kansas City Royals, 5-1. He also lowered his earned run average to 3.31 and assisted in a double play to complete a full afternoon at Rogers Centre. It’s also good to see the Blue Jays back home. 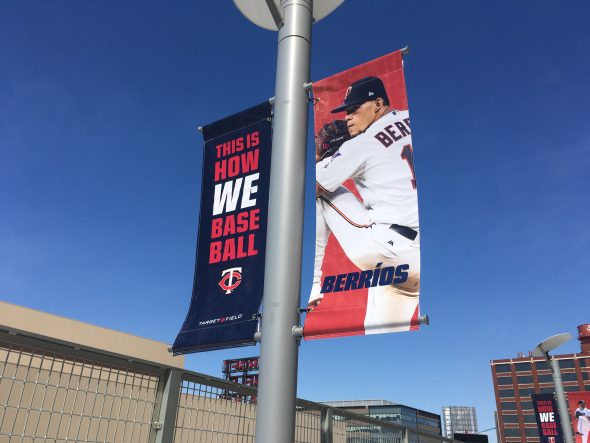 But it was tough to see Berrios in a Blue Jays uniform, although I’m also happy for him. He’s pitching for a contender — the Blue Jays are 3.5 games out of the wild card race — and Berrios is bound to win a lot more games, pitching for the No. 1 offense (at least on the day I wrote this) in major league baseball. His career high in wins is 14, but I think Berrios has a great chance to exceed that total. The one big adjustment for him is that he is no longer pitching against the weaker AL Central. He now has to regularly face the Tampa Bay Rays, Boston Red Sox and New York Yankees. Best of luck, Jose.

-Meanwhile, the Twins lost Sunday, dropping two of three games to the St. Louis Cardinals. The Twins scored two runs early, then watched as the Cards reeled off seven runs for the 7-3 win. That third run came courtesy of Jorge Polanco’s 16th home run of the season. The Twins stay on the road to face the Cincinnati Reds on Tuesday. Kenta Maeda gets the ball.

-Old friend Kyle Gibson also won his debut for the Philadelphia Phillies. Gibson made a quality start, allowing two runs over six-plus innings to improve to 7-3 with a 2.86 ERA. He got plenty of support as the Phillies pounded Pittsburgh, 15-4.