The spoiler tour rolled on Friday after the Twins topped the Toronto Blue Jays 3-1, knocking the Jays two games back in the AL wild card race. The Jays now find themselves tied with the Seattle Mariners for that second wild card spot.

Not only did the Twins best the Jays for the second night in a row, they also beat old friend Jose Berrios, who, despite the loss, still looked pretty good. Berrios made a quality start with 10 strikeouts, but Twins starter Bailey Ober and four relievers limited the Jays to one run on four hits.

The Twins scored their three runs on six hits, with most of that action coming in the third inning. Luis Arraez hit an RBI triple, followed by a two-run home run from Byron Buxton. Starter Ober allowed four hits over five-plus innings, but the four relievers no-hit the Jays the rest of the way.

“It’s only been a couple of games,” the Jays’ George Springer told MLB.com. “I know it’s not the ideal time to lose three straight, but that’s the game. We have to flush it. It is what it is. We’ve got our guy going tomorrow and we’ve got to really get behind him.”

-On Sept. 24, 1967, the Twins crushed the Yankees 9-4 before 42,000 fans at The Met, according to Baseball-Reference.com. Harmon Killebrew went 3-for-3, including his 41st dinger of the season, and Twins pitcher Dean Chance won his 20th game of the season in style, striking out 10 in the complete game victory. Bob Allison also homered and Rod Carew hit a triple off pitcher and Ball Four author Jim Bouton. 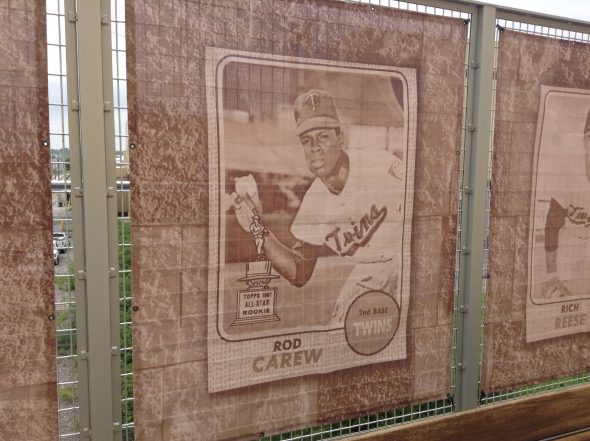