As if the anemic offense and player injuries weren’t bad enough, the umpires once again handed the Twins a raw deal during their 4-2 loss to the Houston Astros on Tuesday. 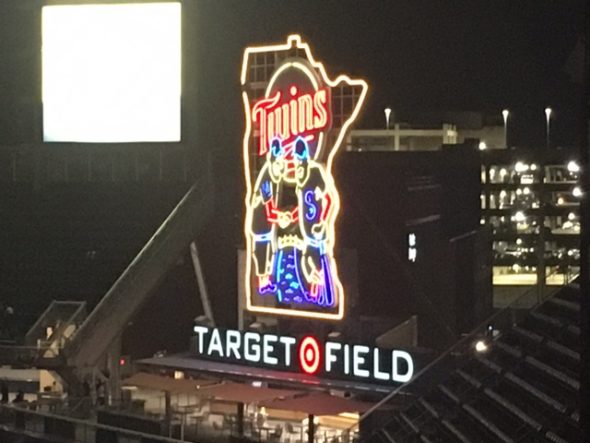 During the fifth inning, Twins starter Aaron Sanchez hit Jose Altuve in the thigh with a pitch. Altuve reacted as if the pitch had been thrown at his head, but Sanchez verbally defended himself as Altuve trotted to first base. With emotions running high, both dugouts emptied during the near melee, including Twins manager Rocco Baldelli, who, incredibly and unbeknownst to him, was charged with a visit to the mound.

So when Twins pitching coach Pete Maki later went to check on Sanchez his visit was credited as the second of the game so Sanchez, by rule, who had limited the Astros to two runs over four innings, had to be removed from the game. Baldelli blew his top and was ejected from the game.

With Sanchez out of the game, the Twins bullpen coughed up two more runs and that’s all she wrote.

As predicted, the Twins’ four-game winning streak has been replaced by a four-game skid. Meanwhile, the Cleveland Guardians are still winning, so the Twins are now three games back of the division lead.

Dylan Bundy gets the ball on Wednesday.

-The Twins have scored a total of 10 runs over their past five games, or two runs per game. That’s not going to win you a lot of ballgames.

-The injury situation is just ridiculous. Pitcher Tyler Mahle is on the 15-day injured list and Byron Buxton is now on the 10-day list. Reliever Cole Sands took a comebacker off his pitching arm in Tuesday’s loss and utility man Nick Gordon also may have been hurt in the same game. What do the Twins need to do to stay healthy?

-The season is on the brink, Twins fans. After they leave Houston, they face the Giants, Red Sox, White Sox and play four games in the Bronx against you know who. After that, they largely play AL Central foes for the remainder of September. Can they hang around until then and then make a move in the division? The Twins have so far shown they are little better than a .500 club, and with their injury problems, I don’t see them making much of a sustained run up the standings.

And Shannon Stewart is not coming through that door.