Twins win, but gain no ground on Guardians. And about Joe Ryan…

The Twins need to sweep the Kansas City Royals before their away series at Cleveland and step one is in the books after they improved to 10-4 this season against the Royals with a 6-3 win on Tuesday. 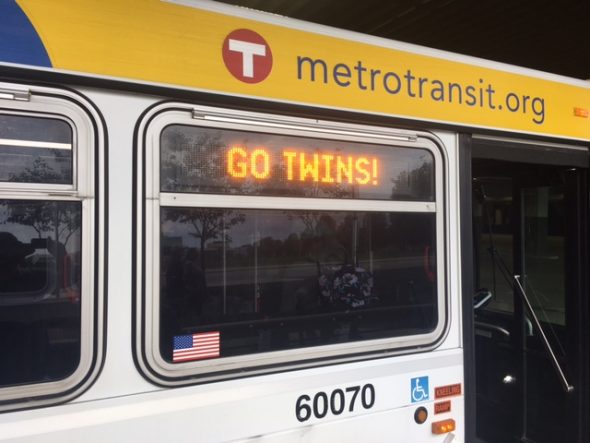 The Twins scored their six runs on 11 hits, getting 10 of those hits from Luis Arraez, Carlos Correa, Jose Miranda and Gio Urshela. Correa, Miranda and Urshela also contributed home runs as well.

But let’s get to the heart of Tuesday’s game: Twins pitcher Joe Ryan no-hit the Royals for seven innings on 106 pitches. Twins Manager Rocco Baldelli then made the controversial decision to lift Ryan from the game — and Ryan did not appear happy with that decision — in favor of reliever Jovani Moran, who promptly served up three runs on three hits.

Moran was booed by the crowd during his appearance — not because of anything he did, but because he was there in the first place and not Ryan.

Baldelli defended his decision to reporters after the game, according to a quote circulating on social media.

“You want to let him keep going, but he also has to pitch in five days again in what’s going to be a very important situation for our team. The decision was made to take him out. At some point, you have to do what you think is right.”

Royals manager Mike Matheny agreed with Rocco, noting that the Twins still have some big games to play.

“I get it, it’s something very special,” said Matheny about no-hitters to Bally Sports Kansas City after the game. “But I would’ve been surprised if he (Ryan) stayed.”

I disagree with the decision, and Twins Territory on social media also howled with outrage. I understand the argument that they want Ryan to be ready for games in Cleveland and to avoid injury, particularly for a team that has been riddled with them, but aren’t we overlooking what a no-hitter might do for a struggling team?

There’s a good chance that a no-hitter lifts the entire team’s spirits and potentially spurs them to more success than simply Ryan’s next start. And there’s another downside to removing Ryan from the game: If he struggles in his next start, then the decision to remove him after seven innings on Sept. 13, 2022, could become a distraction.

Sonny Gray gets the ball Wednesday.

-Despite the win, the Twins gained no ground on the Guards, who also won Tuesday. The Twins have returned to .500 at 70-70, but are still five games back of Cleveland with 22 games to play.

Remember, Joe Ryan at 106 pitches = Perfect health for the rest of his life.

Joe Ryan at, say, 130 pitches = His arm will literally detach from his body and disintegrate. #mntwins

Tonight is another example of why I don’t understand baseball. #smh #MNTwins

Let the guy finish a no-no. My god #MNTwins

Let him go back out, if they hit him, then pull him and let the fans give him the standing ovation he deserves. If he gets the no hitter, might be the boost this team needs about now.

I swear if I see one more person on Twitter act like if Ryan had thrown 130 pitches that automatically means he goes straight to surgery for Tommy John I’m gonna lose it. The #Mntwins babying their pitchers clearly hasn’t worked either. Let Ryan pitch

Just a friendly reminder that the New York Mets let Johan Santana throw 134 pitches in his no-hitter in 2012, he was out of baseball 2 months after that. #mntwins

I have been highly critical of Rocco’s decisions to pull pitchers early this year for the #MNTwins but the decision to pull Ryan after 7 with 106 pitches was the right call. He goes any further and it likely results in a bad next game at best and injury at worst. Seen it before.

Rocco needs to be gone and it’s not just from tonight. It’s been the last 3 years of build up. #MNTwins need to move on, sick of complacency

There is no data to back up that “100 pitches” is some miracle number that can’t be crossed to protect pitchers arms. Flat out embarrassing by the #MNTwins to pull Ryan. Kid may never have another shot at it. #FireRocco