Shortstop Carlos Correa, one of the top free agents of the baseball offseason is, incredibly, back with the Twins after taking one of the strangest free-agent journeys in recent memory, if not the strangest. 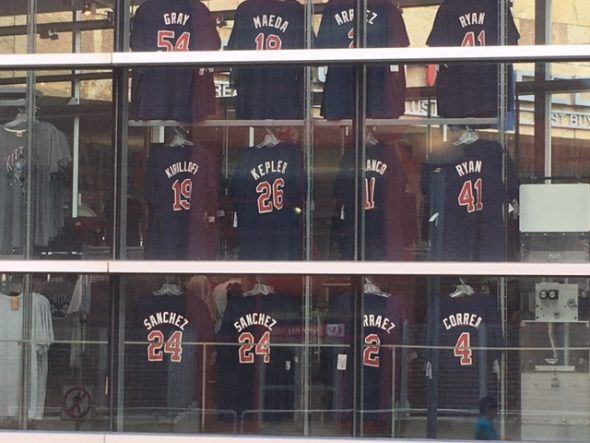 The Twins initially found themselves out of the running to retain the star that played for them in 2022, as Correa entertained a couple of $300 million offers from the San Francisco Giants and New York Mets. He appeared to come to terms with the Giants until they suddenly backed out over concerns about a right ankle that was surgically repaired in 2014. The Mets came to the same conclusion and suddenly Correa was without a home.

The concern about Correa’s ankle was not viewed as a problem in the near term, but what it might mean for him in the twilight of his career. The Giants and Mets had offered longer-term deals and finally both got cold feet.

Meanwhile, in swooped the Twins, the team and Correa agreeing to $200 million over six years with four team options that could extend the total deal to 10 years at $270 million.

Not that the Twins shouldn’t be concerned about Correa’s ankle, but they knew this much: He played for them in 2022, largely injury free, and had previously passed three physicals, according to MLB.com.

“One thing I learned throughout the whole process was that doctors have a difference of opinions,” Correa told MLB.com. “I had a lot of doctors tell me that I was fine. I had some doctors that said I wasn’t so fine.”

Clearly, Correa didn’t initially want to play for the Twins, but he returns saying the right things.

“We started something special last year, and there’s more work to be done,” he told MLB.com. “At the end of the day, I want to bring a championship to this city.”

-Pitcher Chris Paddack, who came over from the San Diego Padres last season  for Twins reliever Taylor Rogers, has come to terms on a $12.5 million, three-year extension. He missed most of last season because of Tommy John surgery and he will miss most of this season, too, which is disappointing to learn.

-Reliever Bill Campbell, who pitched for 15 major league seasons, including four spent with the Twins, died earlier this month after reportedly battling cancer. He was 74.

His standout season for the Twins was in 1976, the year he went 17-5 with a 3.01 ERA and notched 20 saves. He also appeared in 78 games, an American League high that season, and tossed 167-plus innings, earning a reputation as a workhorse closer.

On May 9, 1976, he got the win in a 6-4 road victory over the Milwaukee Brewers. He blew the save, but came back to get the win, allowing three hits over four innings with two walks and six strikeouts. He struck out the side in the seventh, including future Hall of Famer Robin Yount.

The Minneapolis Tribune was less charitable about his win.

“Relief pitcher Bill Campbell, who won his fourth in support of starter Dave Goltz, staged his usual thrill show in the Milwaukee ninth,” the paper reported. “Don Money doubled with one out. Campbell then walked Robin Yount to bring up George Scott, representing the potential winning run. But Campbell challenged Scott and struck him out on a fast ball. Darrell Porter then popped out to end it all.”